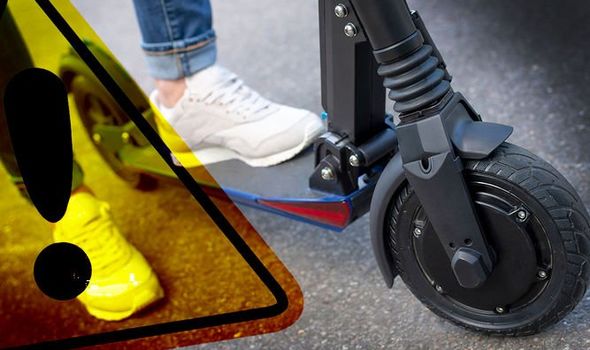 Electric scooters have boomed in popularity in recent years and it’s not difficult to see why. Topping out at speeds of over 15mph and sporting enough range to cope with the daily commute, these battery-powered gadgets offer an eco-friendly way of getting from A to B. However, while some governments around the world have embraced this new form of transport, others, including the administration in the UK, still haven’t altered the law to make it legal to ride privately-owned electric scooters on UK roads.

A new interactive map shows consumers exactly where it’s legal and illegal to ride these battery-powered machines and it shows why Britain may need to think about a change to its laws.

According to the map, which has been launched by Halfords and Xiaomi, it’s currently legal to ride in towns and cities across large swathes of the United States, China and New Zealand. Some European cities have also embraced this new technology with Paris, Madrid and Berlin all joining the revolution.

Halfords says its research shows that the UK is now well behind the curve when it comes to legalising personal e-scooters. If you didn’t already know, you can only ride scooters legally on private land in the UK with roads and cycle lanes definite no-go areas. Britain is trialling a new rental scheme in a number of areas that will allow these machines to be ridden on roads but there’s no news on when, or if, privately-owned scooters will become legal.

Electric scooters: Halfords explain how to set up and use

Halfords also says that the trend of legalisation is immediately clear; the majority of developed countries are embracing e-scooters as an effective commuter tool and introducing legislation to facilitate their safe use.

Halfords has been advocating for a clear framework and regulation that makes e-scooters safe to ride on the UK’s roads and have been calling for action on this over the last year. The cycling retailer believes that any new regulations should deliver safer roads and ensure that e-scooter road users behave responsibly and with care and attention.

Speaking about the electric scooter rules Matt Banks, Halfords E-mobility expert said: “From the increasing e-scooter demand we’re seeing in the UK; it seems like the public may not be aware of the legality of e-scooters.

This interactive map will give people an insight into how legislations vary from one country to another.

“Along with e-bikes, the safe use of e-scooters has the potential to revolutionise the way we travel and with new legislation, they potentially could offer a greener and safer alternative to those who wish to avoid public transport at this time.”

Although many might agree, there are some pretty serious reasons why the UK is being cautious in changing the e-scooter laws. Accidents are on the rise with stats showing the number of riders hurt every year whilst on an electric scooter is increasing.

The tragic death of TV presenter and YouTuber Emily Hartridge Back in 2019 also highlights the real dangers of using electric scooters on the road. She was killed in Battersea after an underinflated tyre caused her to lose control and collide with a lorry.

Speaking about the issues, Chief Superintendent Simon Ovens said: “e-scooters are an attractive mode of transport but remain notoriously dangerous. There is no test required to be able to ride one which means people often do not have an understanding of the road awareness; they do not wear a helmet or have lights on them so riding one means they are putting themselves and others at risk, especially at this time of year with the early evenings.”