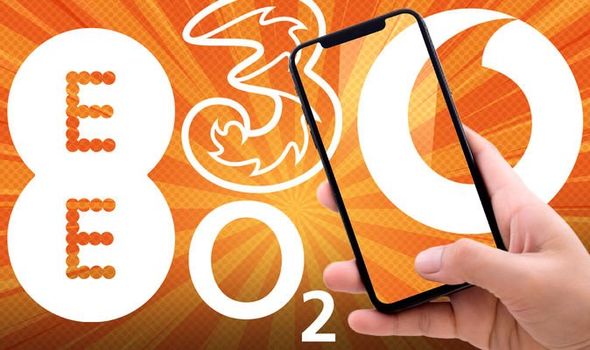 Most pay monthly phone contracts have a minimum contract term of 24-months… with some as long as 36 months before you can switch to another operator. That means you’ll want to be sure you’re with the right mobile network. Thankfully, new research published by Opensignal has made it much, much easier to work out which carrier is the best choice for you.

The latest report published by Opensignal is based on data gathered from hundreds of thousands of smartphones between June 1 and August 29, 2021. The results were then analysed to rank the biggest UK carriers across a number of categories.

Most of these categories combine performance from 4G and 5G networks, however, one of the Opensignal categories specifically singles out the 5G performance of each network. 5G networks are designed to provide faster speeds and greater bandwidth, so that people in packed stadiums and busy train terminals won’t see their signal and download speeds plummet – as they do on 4G, for example.

Overall, EE was crowned as the best network. The BT-owned mobile service secured the top spot in five out of seven of the top categories.

When it comes to download experience across both 4G and 5G networks, the thousands of users who submitted data for the Opensignal report recorded an average speed of 39Mbps. For comparison, the average speed of fixed-line broadband nationwide is 70Mbps. Three secured the silver medal in this category, but only managed around half of the average download speeds – topping out at 19.3Mbps.

Three was the winner when it came to the availability of 5G nationwide, managing to beam its super-fast mobile signal to 7.4 percent of the country. In contrast, EE only managed to reach 5.5 percent. In second place was Vodafone, with 6.4 percent.

It’s worth noting that – as with all comparisons and studies – there are limitations with the Opensignal report. Studies that rely on app-based crowd-sourced data can be restricted by limitations of users’ smartphones, including slower or ageing hardware. The location at the same the data was gathered could also impact metrics such as download speeds.

You might associate Plusnet with broadband, but the company also has a successful SIM-only business too. For £9 a month, you’ll get 20GB of data each month, which should be enough for all of your WhatsApp messages, Instagram refreshes, and more. You’ll get unlimited minutes and texts too. The contract is 30-days, so you can switch to another deal at the drop of a hat too.

Three has slashed the price of its totally unlimited 5G SIM-Only plan. If you’re looking to get the most out of your existing smartphone, this is the SIM to do it. With unlimited downloads at superfast 5G speeds, unlimited text messages and unlimited calls for just £10 a month. That lower monthly cost will last for the first six months, before the SIM reverts to £20 a month

Although 20GB might seem a little modest in a list of SIM-only deals with multiple networks offering unlimited caps, Sky Mobile has a trick up its sleeve. Any unused data is rolled into the next month’s allowance, so you can quickly rack up a hefty bank of 5G ready for when you’re away from the home and work Wi-Fi networks. Better yet, streaming shows, movies and sports on the Sky Go app doesn’t count towards your allowance – so you can binge all you want on the train!

If you haven’t heard of SMARTY mobile, this network is owned by Three and uses the same 4G and 5G masts. So, if you can get a strong Three signal in your area… you’ll be fine with SMARTY. This deal drops the SIM-only cost from £15 a month down to £12! Better yet, this plan is a rolling monthly contract, so you can leave within four weeks if you spot a better deal elsewhere

For just £1 a month more than the Sky Mobile deal above, you’ll get an incredible 40GB of mobile data to chomp through every month. With that kind of allowance, you won’t need to worry about running out of 5G, even if you stream all of your music, and watch a few Netflix movies away from your home Wi-Fi. There’s also unlimited calls and texts.

If you have a 5G-compatible handset, you’ll want a SIM like this tucked inside to get the most from your device. As part of its ongoing Half Price sale, Vodafone is offering unlimited downloads at 5G data speeds for £13 a month. Even better, there’s also unlimited text messages and calls too

EE is offering a SIM with 160GB of data for £20 per month. This deal includes full access to 5G, enabling users with a 5G-compatible handset to download at speeds in excess of 300Mbps. That’s four times faster than the average UK home broadband speed!

Although you won’t enjoy any extra mobile data from this bundle compared to market-leader EE, you will get a free six-month subscription to Disney+. This incredible Netflix rival includes every Star Wars film, every episode of The Simpsons, every entry in the Marvel Cinematic Universe, and all of the animated Walt Disney Animation classics. You’ll also get unlimited calls and texts.