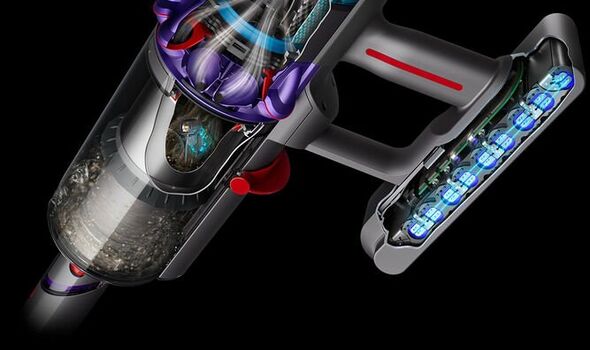 There’s another new way to clean your home with Dyson unleashing its latest invention called the Gen5detect. This dust-busting device, which improves on the current V15 Detect, comes packed with filth-finding features that not only makes it powerful at riding floors of grime but also killing any viruses that could be lurking around the house.

That’s all thanks to a new HEPA filtration system which has been engineered to catch 99.99% of particles including microscopic bugs. In fact, Dyson is boasting that it captures things that measure in at just 0.1 microns – that’s much, much finer than human hairs which are around 50 microns. The filter then locks these nasties away in a sealed compartment so they can’t escape.

Along with that improved filtration, there are plenty more features coming to this machine including automatic power which means there’s no more need to pull a trigger to fire up the motor. Users simply press the power button and the Gen5detect then provides the right amount of suction depending on how much dirt it spots.

This clever function is made possible via the piezo sensor which is able to count each tiny speck of dust as it whizzes past. If you hit a really mucky patch on your carpet the sensor sees this and applies more suction.

This technology not only means cleaning is hassle-free but also makes the battery last longer with Dyson promising around 70 minutes from a single charge.

Another nice bonus of the Gen5detect is its built-in dusting and crevice tool. This means there’s no need to clip annoying accessories to the vacuum when cleaning your home.

Dyson says a vast majority of users never bother with these added pieces of plastic and they hope this new design will improve general cleaning.

Along with those new features, there are also some upgrades to Dyson’s existing V15 Detect technology including a much more powerful motor that now spins at 135,000rpm – up to nine times faster than a Formula One engine.

The laser, which beams out a green light to spot dust on the floor, has also been made brighter, making it better to use in daylight. Something the previous model was criticised for.

The Gen5detect also introduces a completely re-engineered user interface on the top of the device that shows users in real-time when their surface is clean.

Speaking about the new vacuum, Chunrui Zhang, Head of Embedded Software at Dyson, said: “Software increasingly plays a more critical role in fuelling Dyson’s technology pipeline – across both the internal functionality of our machines and the information delivered to the owner. The Gen5detect vacuum cleaner possesses both Dyson’s most advanced cordless software management system and uniquely updates owners with real time cleaning performance, ensuring a better understanding of the cleanliness of their home.”

There’s no word on a release date or official pricing just yet but expect to pay around £500 when it arrives in stores.