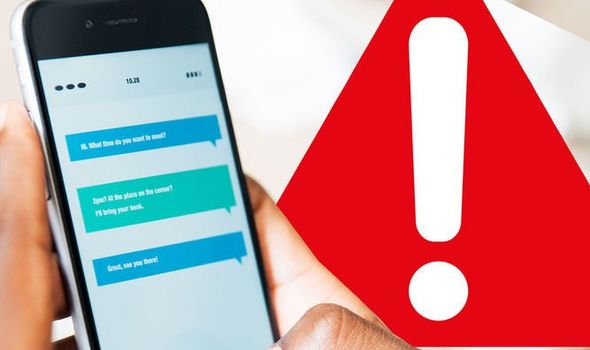 Smartphone owners in the UK should be on the lookout for dangerous new text messages that could give cyber criminals complete access to their devices and even steal personal data such as online banking details. That’s the latest warning from some of the UK’s biggest mobile networks who have alerted users to the shocking new threat via social media.

The most recent warning has come from Vodafone who posted a tweet asking customers not to click on any links if they receive a text claiming to be from delivery firms such as DHL. The network is also asking users to report the text immediately and delete it from their phones without delay.

This nasty new threat, called FluBot, has the ability to install malicious software straight onto a device which is then capable of spying on the user. Vodafone has said millions of these rouge messages had already been sent across the UK’s networks.

“We believe this current wave of Flubot malware SMS attacks will gain serious traction very quickly, and it’s something that needs awareness to stop the spread,” a spokesman told the BBC.

Vodafone has also been joined by Three and EE who have posted similar warnings on social media platforms such as Twitter.

It’s one thing many Android users love about owning these phones as they feel less restricted but it can also have serious consequences.

If you have already clicked the link to download the application the National Cyber Security Centre is offering this advice.

• You must take the following steps to clean your device, as your passwords and online accounts are now at risk from hackers.

• Do not enter your password, or log into any accounts until you have followed the below steps.

• To clean your device, you should: Perform a factory reset as soon as possible. The process for doing this will vary based on the device manufacturer and guidance can be found here. Note that if you don’t have backups enabled, you will lose data.