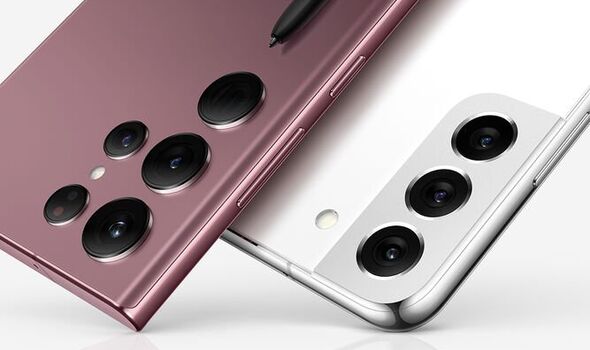 Samsung is having a busy couple of months. Back in February, the South Korean technology company released its new Galaxy S22 range, which feature impressive cameras, faster processors, and the return of the mighty S Pen stylus. And now, it seems more smartphones are on the way – and you might want to hold off upgrading your current phone until all is revealed.

Samsung has announced that it will hold one of its major Galaxy Unpacked events on Thursday, March 17, where it will unveil the latest Galaxy A Series devices to the world. In a post online, Samsung teased the upcoming event with a message that states, “The Galaxy A series is Samsung Electronics’ most popular smartphone category, leading the democratisation of Galaxy innovations that is giving people the power to create, connect and thrive.

“This year, Samsung is taking the impactful Galaxy innovations for the A series even further. The awesome new Galaxy A series devices are designed to provide the fully-loaded experience that people want from a smartphone.”

Samsung’s A Series phones are always a lot cheaper than the flagship S Series, which means owners get much more bang for their buck.

Although it’s unclear what will be unveiled during the event on Thursday, rumours suggest that a new A73 and A53 could be top of the agenda. It’s thought that these mid-range phones could feature powerful Qualcomm processors, speedy 120Hz high refresh rate displays, and impressive cameras.

The current A52 and A72, which could be superseded later this week, both start from under £400 and if Samsung follows this same pricing then it could make owning a new Android device seem way more affordable.

We will find out more on Thursday with the next Unpacked event set to get underway from 3pm. Express.co.uk will bring you all the news live from this event so watch this space if you’re after a feature-packed phone on a budget.

It’s certainly a good time to go shopping if you want a cut-priced call maker. Apple has also just announced that its new iPhone SE will go on sale this Friday. This upgraded phone gets a blisteringly quick A15 Bionic processor, improved camera, longer battery life and access to 5G data speeds. Fans can pre-order now with prices starting from £419.

EE is stocking the iPhone SE with prices starting from £27 per month. This deal includes 1GB of 5G data plus unlimited calls and texts

Three has announced the return of its half-price deals. This means you can grab the iPhone SE from just £15 per month

O2 has the new iPhone SE from £27.50 per month which also includes at least one month of free access to Disney+

Virgin Media has some pretty epic deals on the iPhone SE with prices starting from just £18 per month. That deal includes a generous 30GB of data per month