When Theresa Gucciardo-Perry discovered a cracked crown in her mouth in April, she dreaded the idea of going to a dentist to get it replaced.

The Cortlandt Manor, N.Y., resident has undergone more than 18 root canal procedures; she also has five implants, with crowns on all but her front teeth. She hated the procedure in which trays of a gag-producing, putty-like substance were stuffed into her mouth to make impressions.

“The putty material is just absolutely gross — I want to throw up,” said Ms. Gucciardo-Perry, 55. “And the crown never fit right. I always had to go back.”

But this time, she sought care at the Touro Dental Health clinic, part of the Touro College of Dental Medicine in Hawthorne, N.Y., where students learn the latest state-of-the-art techniques. There, her teeth were digitally scanned with the wave of a wand — rather than a bulky goop-filled tray — and a crown was built digitally. It fit perfectly.

Digital scanning is among a number of advances being adopted by the dental industry as the sector undergoes a technological metamorphosis.

Among the latest innovations: The use of digital scanners and 3-D printers to offer same-day crown replacements, smart toothbrushes that talk back to you via a phone app when you’ve missed an area while brushing, lasers that eliminate the need for an anesthetic, and digital tools that detect oral cancer.

Some of these advances had been around for a number of years but had not been widely adopted because of high equipment costs, lack of training or dentists who were more comfortable with older, traditional equipment.

Sensing this trend, the Touro College of Dental Medicine opened at New York Medical College in 2016 to train students in both established and cutting-edge technologies.

“We have 3,600 applicants for 113 spaces this year,” he said. Larger schools, like New York University, Harvard and the University of Pennsylvania, offer similar state-of-the-art training but at a much higher tuition price. Touro charges $57,000 a year, compared to $78,854 at New York University and more at Ivy League schools.

Until recently, dentistry has largely lagged the medical field when it came to using artificial intelligence and other technology to diagnose or treat medical conditions. For researchers, dentistry didn’t attract the big headlines, fame and potentially lucrative windfalls that came with big medical advances, said Jeff Becker, senior analyst of health care strategy at Forrester Research.

But that changed as social media took off.

“These days, people want brighter, whiter, straighter teeth,” said Eric Payne, founder and chief executive of TEKagogo, a digital start up that connects dentists with technicians for same-day repairs. And dentists are jumping in, plastering before-and-after photos of their work all over the internet to attract new patients.

Around the same time that social media took off, cardiologists were starting to preach the connection between oral health and heart disease. Conditions like gingivitis and gum disease can raise red flags.

“The heart is pumping that bacteria from the oral cavity throughout your body,” said Mr. Payne. “If you don’t take care of your teeth, all that nastiness in your mouth is going to pump through your body.”

Suddenly, dentistry became trendy, and young researchers who saw opportunity started bringing tech advances to the dental world. At the University of Illinois at Urbana-Champaign, the top prize in the Cozad Competition for student start-ups went to dental-related technologies in both 2018 and 2019 — a first in the contest’s 20-year history, said Laura A. Frerichs, director of the University of Illinois Research Park, a technology hub for start-up companies.

So, which technologies are leading the dental industry’s transformation?

Digital scanners, computer-aided design and manufacturing (CAD/CAM) and 3-D printers are among the game changers.

A digital scanner is a wandlike device that captures three-dimensional images of the teeth, bite and surrounding tissue in real time. It’s fast and eliminates the need for clunky, goop-filled impression trays and messy plaster molds. The images can be sent electronically to a lab within minutes, which speeds up the wait time for patients needing crowns or bridges.

A CAD/CAM system allows dentists to make same-day crowns, veneers and bridges right in their offices. The system captures the digital images, designs the crown virtually and then sends the design to a milling machine or 3-D printer in the office.

Dr. Barbara Jurim, assistant director of digital dentistry at Touro, recalls recently treating a patient who was about to travel out of the country for three months and needed a new crown. She scanned the patient, designed the crown, manufactured it and cemented it in the office that day. “We’re talking about a treatment timeline that was two and a half hours as opposed to two visits over the course of two weeks,” she said.

Then there’s cone beam technology, which captures high-resolution, three-dimensional X-ray images through a machine that rotates around a patient’s head. The cone beam and scanner data allow a surgeon to create surgical guides, which are 3-D printed maps that pinpoint exactly how and where dental implants are placed during surgery, said Dr. Akshay Kumar, a periodontist in Hackensack, N.J., who uses scanners and cone beam technology in his practice.

“It’s changed the way we do dental implants” and cut the surgery time in half, said Dr. German Gallucci, associate professor and chairman of the department of restorative dentistry and biomaterials sciences at the Harvard School of Dental Medicine.

Fewer than 10 percent of dentists have milling machines or 3-D printers in their offices, and only 15 percent to 20 percent have digital scanners, estimates Dr. Ronnie Myers, dean and professor of dental medicine at Touro.

As the price of digital scanners, milling machines and other technology comes down, more dentists will likely start adopting the technology, Dr. Kumar said.

The field of orthodontics has seen some of the biggest advances. Technology that uses augmented reality, scanners and 3-D printers can show patients how they would look with new crowns or straightened teeth. And clear aligners can do the job of traditional braces.

“Instead of going to the orthodontist and getting your braces adjusted, a new set of 3-D printed aligners are made and mailed to your home, and they progressively shift the teeth into alignment for you,” Mr. Becker said. 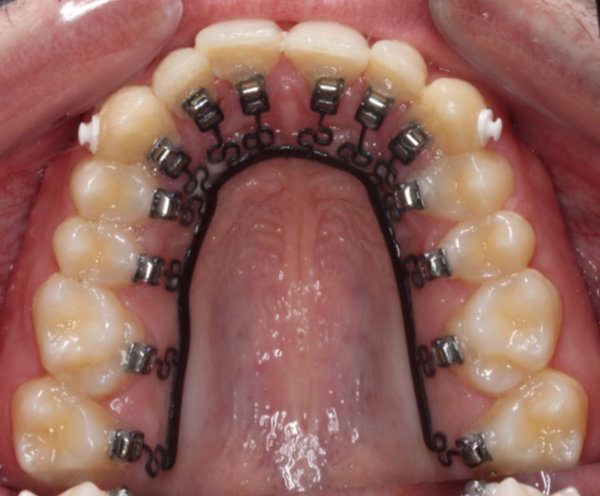 Another start-up called Mechanodontics has developed a technology that straightens without the use of braces and aligners. Instead, tiny springs and brackets are placed behind a patient’s teeth, with no regular adjustments required. The technology can cut treatment time in half, the company says.

Then there’s the smart toothbrush, which uses 3-D motion sensors and artificial intelligence to track the time, frequency, duration and location of brushing, and alerts the user to areas that have been missed through a Bluetooth-connected phone app.

Thomas Serval, a co-founder of Kolibree, which makes the artificial intelligence toothbrush, came up with the idea in 2014 when trying to find ways to motivate his daughter, Heloise, to brush her teeth. He added mobile games to the phone app, giving virtual awards for good brushing.

In 2018, Mr. Serval licensed the technology to Colgate, which sells it as the Colgate Smart Electric toothbrush. A new version aimed at children, called Magik, is also being rolled out in the United States.

Ms. Gucciardo-Perry, said that after her experience being treated with new technology at the Touro clinic, she’s never going back to old-school treatments.

“I’ll absolutely be going back to Touro,” she said. “And my children will be going there too.”