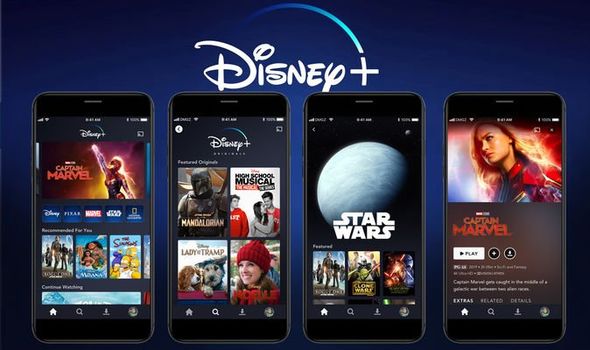 If you’re looking forward to stretching out on the sofa and watching episodes of The Mandalorian, Avengers Endgame, Star Wars: The Force Awakens, or High School Musical: The Musical: The Series, Disney has some good news.

Ahead of the launch of its hotly-anticipated streaming service Disney+, the company has unleashed an early-bird deal that brings down the cost to around £4.17 a month. That’s a saving of over £10 each year, compared to those who subscribe at the standard annual price of £59.99 a month.

The deal is available to anyone willing to pay for a year subscription to the service upfront ahead of the UK release date, which lands on March 24, 2020.

From today to March 23, Disney fans will be able to sign-up for a year of the streaming service for £49.99.

For those who don’t know, Disney+ will be home to a number of popular properties from its back catalogue, including every entry in its record-breaking Marvel Cinematic Universe, every episode of The Simpsons, as well as classic animated films and their live-action remakes, like The Lion King.

Disney+ represents a colossal push into the streaming market from the company that taps into the breadth of Disney’s media empire. For example, the video on-demand app will also allow access to the likes of National Geographic shows and movies, like the Academy Award-winning Free Solo, and films fro Pixar, which is owned by Disney.

Ahead of the launch, reports suggest Disney has been pulling content from Sky TV to ensure these seasons can be sold as exclusive to Disney+ in the UK at launch. Although Sky says the broadcaster still has a strong relationship with the company – indeed, there is no sign of the Sky Cinema Disney channel disappearing anytime soon – it does strengthen Disney’s hand if it can offer potential customers hundreds of exclusive shows and films, rather than dozens of exclusives.

Especially since it’s competing with long-established streaming rivals, like Netflix and Amazon Prime, which have had years to slowly build-up an arsenal of original and exclusive content.

Going forward, Disney+ will be the on-demand home of new films and shows from the House Of Mouse. So, don’t expect Black Widow or any of the upcoming slate of Marvel films to launch on Netflix or Prime Video over Disney+ anytime soon.

Disney+ will be available on a wide range of devices at launch, including Samsung Smart TVs, video game consoles, iPhone, Android, and tablets. One source speaking to Express.co.uk claims Sky is already briefing employees about the possibility of the app coming to Sky Q boxes at launch.

On March 24, Disney+ will launch in the UK, Ireland, France, Germany, Italy, Spain, Austria, and Switzerland. Additional European markets, including Belgium, the Nordics, and Portugal, will follow sometime in summer 2020.