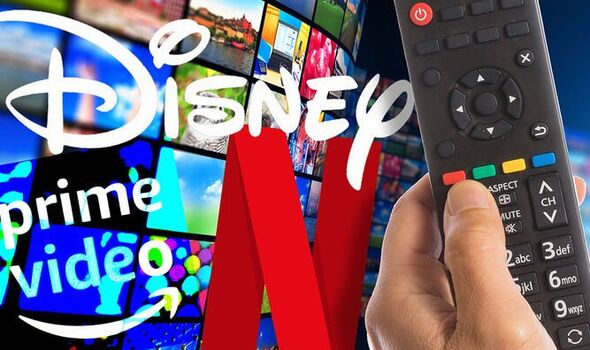 Millions of Brits are ditching their favourite streaming services in a bid to shave a few pounds off their monthly outgoings. New data from market research firm Kantar has revealed that 1.5 million subscriptions have already been cancelled so far this year, with more homes expected to switch off in the coming months. If you’re looking to cut the number of direct debits leaving your account and want to know which streaming service offers the best value for money, we’ve got you covered.

Express.co.uk has been sprawled on the sofa tuning into the latest telly boxsets and blockbusters all in the name of research, and here’s our verdict on the best streaming service that you can’t afford to cancel…

WHAT’S INCLUDED: Netflix, probably the most well-known streaming platform on the planet, offers access to Hollywood blockbusters and brilliant boxsets from just £6.99 a month. Netflix also offers a dizzying array of its own exclusive documentaries, television series, and movies, including the likes of Drive to Survive, Bridgerton, Tiger King, and The Queen’s Gambit. Everything is advert free and you can download episodes and films to your smartphone or tablet for your commute!

WHAT’S INCLUDED: Disney+ only launched back in 2020, but it’s already a monster hit. This service offers exclusive access to films and series from Marvel, Walt Disney, Star Wars, National Geographic, 20th Century Fox, and Pixar. Plus, Disney+ is rapidly building up its own library of exclusive boxsets, set within the Marvel, Pixar and Star Wars universes! There’s built-in parental controls to make sure younger viewers don’t stumble across the films and series included under the Star banner, which offers access to films such as Die Hard, as well as new shows like The Dropout and Dopesick.

BEST FEATURE: Standard price includes the ability to stream on up to four devices at the same time in 4K Ultra HD resolution

WORST FEATURE: Best content is aimed at younger fans, and adverts are coming later this year

WHAT’S INCLUDED: Prime Video not only offers blockbuster movies and originals such as Clarksons Farm, The Boys and The Wheel Of Time, but it’s also the only service in the list that includes access to top-flight sports coverage too. A number of Premier League games are now exclusive to Prime Video, plus there’s also coverage of international rugby and grand slam tennis included in your flat monthly fee. With more sport on the way, plus Amazon’s new Lord Of The Rings show – the most expensive series ever commissioned, this service is one to watch!

BEST FEATURE: Unlike the other services in this list, if you want to watch something that is not included in Prime Video’s catalogue, you can pay to rent or buy a film or television series

WORST FEATURE: Amazon’s original series haven’t achieved the same level of acclaim or cultural status as the best from Netflix and Disney+ …so you might find yourself struggling at the watercooler in the office

WHAT’S INCLUDED: Unlike Disney+, Netflix and Prime Video, Apple refuses to include any syndicated shows in its streaming service. As such, everything on TV+ is exclusive to the streaming service …and it has a much smaller library than its closest rivals. Fortunately, the quality of its output has been pretty high and Apple has won numerous awards for its original content, with Ted Lasso became the most nominated freshman comedy in Emmy Award history, while CODA picked up Best Picture at this year’s Academy Awards, and Boys State clinched a Grand Prize in the Documentary category during the Sundance Film Festival.

WORST FEATURE: Much more content is needed in order to make this a true competitor to the likes of Netflix and Disney+

WHAT’S INCLUDED: Britbox brings together the best shows from BBC, ITV and Channel 4 into a single streaming service with no adverts. Much-loved classics, such as Dad’s Army and Grange Hill, can found alongside exclusive new series like Spitting Image, and the latest episodes of ongoing hits, like Love Island – all advert-free and available to download to take with you for a long flight! In total, there’s around 300 boxsets to sink your teeth into on Britbox, although some of these also appear on BBC iPlayer, ITV Hub, and All4, which are free to watch (albeit some run adverts before and during the shows)

BEST FEATURE: Great for nostalgic viewing, and includes a number of shows (Drop The Dead Donkey, Brass-Eye, Big Train, Armstrong and Miller) that you won’t find anywhere else