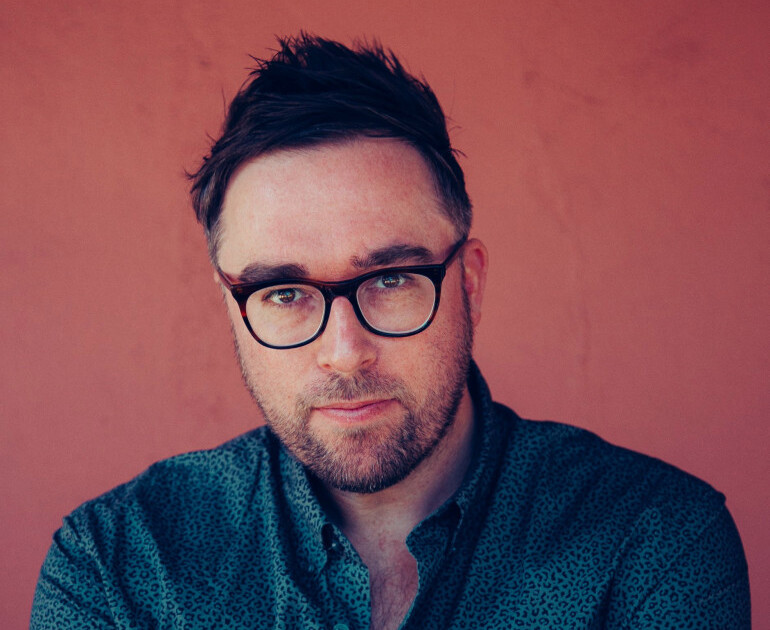 The author and Radio X DJ, 44, tells Metro about his Nintendo 64 and why we should be nicer to Alexa.

You’ve been writing and broadcasting during lockdown. What does your work-from-home set-up look like?

I sit down at a simple desk with an iMac, a proper keyboard and a Revo radio — that’s all I need.

During lockdown I had to do my radio show from home and there was a rush on microphones — it was like gold fever.

I managed to get an Audio-Technica one and broadcast across the country from a soundproofed room I’ve got downstairs. It was very strange. I could put a record on and just go upstairs to my family and have a cup of tea.

What gadgets did you have as a kid?

We had a BBC Micro Model B, which wasn’t as exciting as my friends’ Ataris or Commodores.

The games tended to be slightly educational, which is never what a kid wants. But I remember going to town with my dad and withdrawing all the money I had, about £2.75, and buying a game called The Way Of The Exploding Fist.

All you could do was punch or kick but it was just the greatest game in the world.

Is that your favourite game of all time?

My all-time favourite game is one that’s married forever with a gloriously sunny summer when I was a student, and having all my mates round and just constantly playing GoldenEye on the Nintendo 64.

I’m pretty sure I could pick it up and know my way around those maps today.

Whenever I see a CCTV camera in a Tube station my first instinct, as a grown man, is to try and shoot it.

Do you still get time to play video games now you’ve got books to write, radio shows to air and children to raise?

I was playing Call Of Duty: Warzone about 20 minutes ago. I’m quite a lazy gamer in that I’ll download something and that is what I’ll play until either it stops working or the sequel comes out, and then I’ll play that.

I’m also learning a lot about Roblox and Minecraft from my kids.

Have you tried VR?

We’ve got an Oculus Quest vitual reality headset. I put it on the first day we got it and felt a bit sick because of motion sickness.

I also wear glasses so even though we had the little adapter thing, it still felt a bit weird. I introduced my dad to PlayStation VR and made him play Headmaster. He was a brilliant footballer as a young man.

He was just nailing goal after goal. It was great but my mum thought he was having a fit.

I think you should only be able to ask Alexa something if you say please. We’ve become a generation of people who just bark orders at a robot underclass, expecting results.

If they get it slightly wrong, we’re annoyed.

If you look at your history of questions to Alexa they probably start off very polite but now it’s just, ‘Alexa, eggs.’ Children pick up on that kind of talk.

Your new children’s book imagines a world where all screens go blank. Which screen would you miss the most?

It’d be my MacBook Pro. Not being able to write properly or feel the well-worn keys and hear the tap-tap-tap.

There’s something very comforting about that. I know that if I’ve got that screen, there’s always something I can be doing — always an idea that can be written down.

Listen to Wallace on Radio X every Sunday from 11am to 1pm. His latest book, The Day The Screens Went Blank, is out now