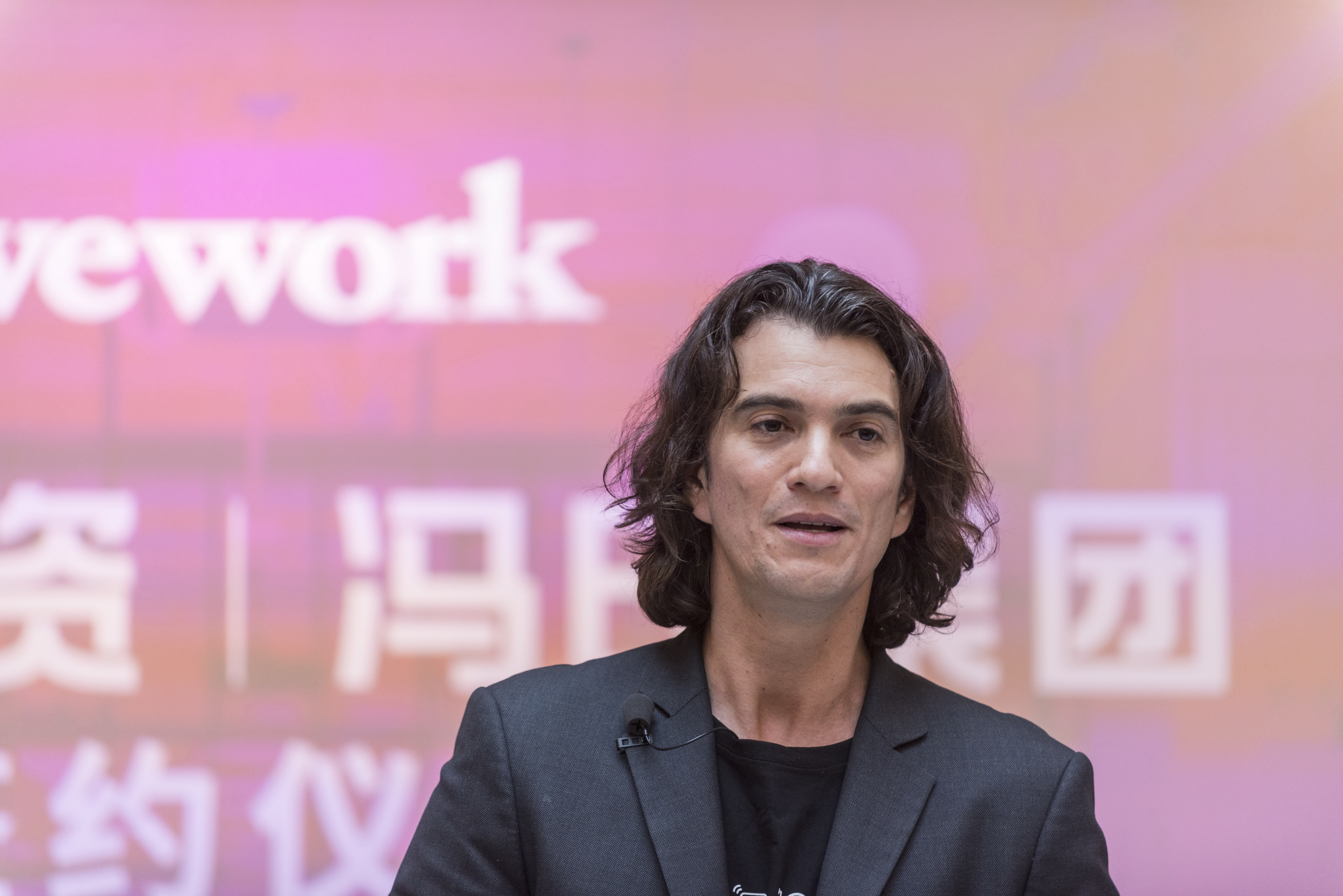 Adam Neumann, infamous for running his startup WeWork into the ground, is back.

And investors are inexplicably eager to fund him.

This time, the prodigal son of venture capital has picked cryptocurrency as his new calling with a brand new startup idea called Flowcarbon.

The company has already raised a total of $70 million in venture capital funding and sale of its carbon-backed token.

His wife Rebekah Neumann, whose problematic involvement in WeWork’s management is well documented, will be joining him as co-founder on the new project.

The controversial power couple, played by Jared Leto and Anne Hathaway in the Apple TV series WeCrashed, are selling a cryptocurrency called the ‘Goddess Nature Token’.

The initial funding round for Flowcarbon was led by crypto venture capital firm, a16z crypto. Other investors include Samsung and Euphoria writer Sam Levinson and his wife.

a16z crypto said the former WeWork CEO and his team were ‘best in breed’ and crypto tokens were an ‘obvious solution’ to carbon credit issues.

With carbon credit markets potentially growing to $50B by 2030 (via McKinsey report), we must integrate web3 principles of openness, transparency, and accessibility to facilitate the collective action needed to address climate change.

Flowcarbon is positioning itself as a climate company that sells carbon credits and keeps a record of the transactions on the blockchain. It has 35 employees and offices in Berlin, Montana and New York, the company said in a statement.

What is Carbon Credit?

A carbon credit is a tradable certificate or permit representing the right to emit a set amount of carbon dioxide or the equivalent amount of a different greenhouse gas.

Companies or nations are allotted a certain number of credits and may trade them to help balance total worldwide emissions.

The idea is for it to act as an incentive to reduce greenhouse gas emissions.

‘Our mission is to provide the financing necessary to scale projects that reduce or remove carbon from the atmosphere, in particular nature-based projects,’ said Flowcarbon’s CEO, Dana Gibber.

Project developers focused on reforestation, conservation or nature restoration can sell their carbon credits on Flowcarbon through tokens, allowing them to access cheaper funding and scale their projects more quickly.

Neumann stepped down as CEO of WeWork in 2019 after the company’s failed attempt at an initial public offering.