As E3, the biggest video game show of the year, drew to a close earlier this month one thing was crystal clear: the future of gaming is streaming from the cloud.

Cloud gaming promises a hardware agnostic gaming future where popular PC and console titles are streamed direct to our devices Netflix style, meaning a cheap and light laptop could run the same games as a high-end gaming rig or console.

So where does that leave manufacturers of dedicated gaming laptops and desktop gear? 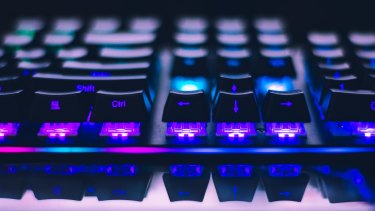 According to Jon Peddie Research (JPR), 20 million people will leave the PC in favour of console and cloud gaming platforms, with the majority of defectors coming from those who would've otherwise bought an entry level gaming PC.

But 20 million is a drop in the ocean when you consider the 1.3 billion PC gamers in the world today, and most analysts such as Moor Insights & Strategy's Anshel Sag believe cloud-based game streaming will only grow the number of PC gamers in the long run.

"It will make people realise that they can enjoy gaming, and that they might want a more powerful system rather than running something like [Google] Stadia," Sag says.

"A percentage of people always end up moving upmarket and with these cloud gaming services addressing the largest audience, many people in the industry only see services like Stadia as a net positive, not a negative."

The PC gaming market consists of users who upgrade their hardware most often and spend most lavishly, making up a significant chunk of revenue for PC makers. These are consumers who either manually upgrade a PC themselves, build a system from scratch or purchase a gaming PC off the shelf.

Speaking to PC manufacturers directly, most concede that cloud gaming poses a potential threat to their business but at the same time they don't see the demand for high performance gaming PCs going away anytime soon.

"People that play on high-powered gaming rigs do so because they’re seeking a richer experience, for much the same reasons as people buy sports cars", says Darren Simmons, Acer's managing director for Oceania.

"People enjoy the engineering, specifications, and the technicality. Rather than just getting the player from A to B, a PC adds value to the gaming experience and gives you autonomy for when and how you want to play."

There's always going to be a segment of the market that will be chasing the best possible gaming experience that only a high-powered local machine can afford, and PC makers will continue to service those users. It will also take some time before cloud gaming has the necessary internet infrastructure in place to fully prove itself.

If anything, the major players are doubling down on gaming with the likes of Asus recently announcing the widest range of gaming laptops in the company's 30 year history.

"We believe there will continue to be a strong demand for high performance PCs for the near future at least. They will still be wanted to play AAA games or single player modes of such games offline, or in areas with less-than-ideal connectivity", says Asus' Australian manager Emma Ou.

Computex, the largest computer hardware event of the year, also had some bold prototypes of what a high performance PC from the future might look like; from the wild, modular and completely re-imagined motherboard of the Prime Utopia to dual-screen powerhouses that service the needs of both gamers and content creators.

At the same time, PC makers realise they will need to adapt to the changing gaming landscape brought on by the cloud. To this end, PC makers see cloud gaming as an opportunity to build out an ecosystem of gaming products and accessories that are ideal for gaming irrespective of how those games are delivered.

"We believe that there will always be a demand from gamers for well-designed hardware on whatever platform they use, and we will be there to cater to these needs," Ou says.