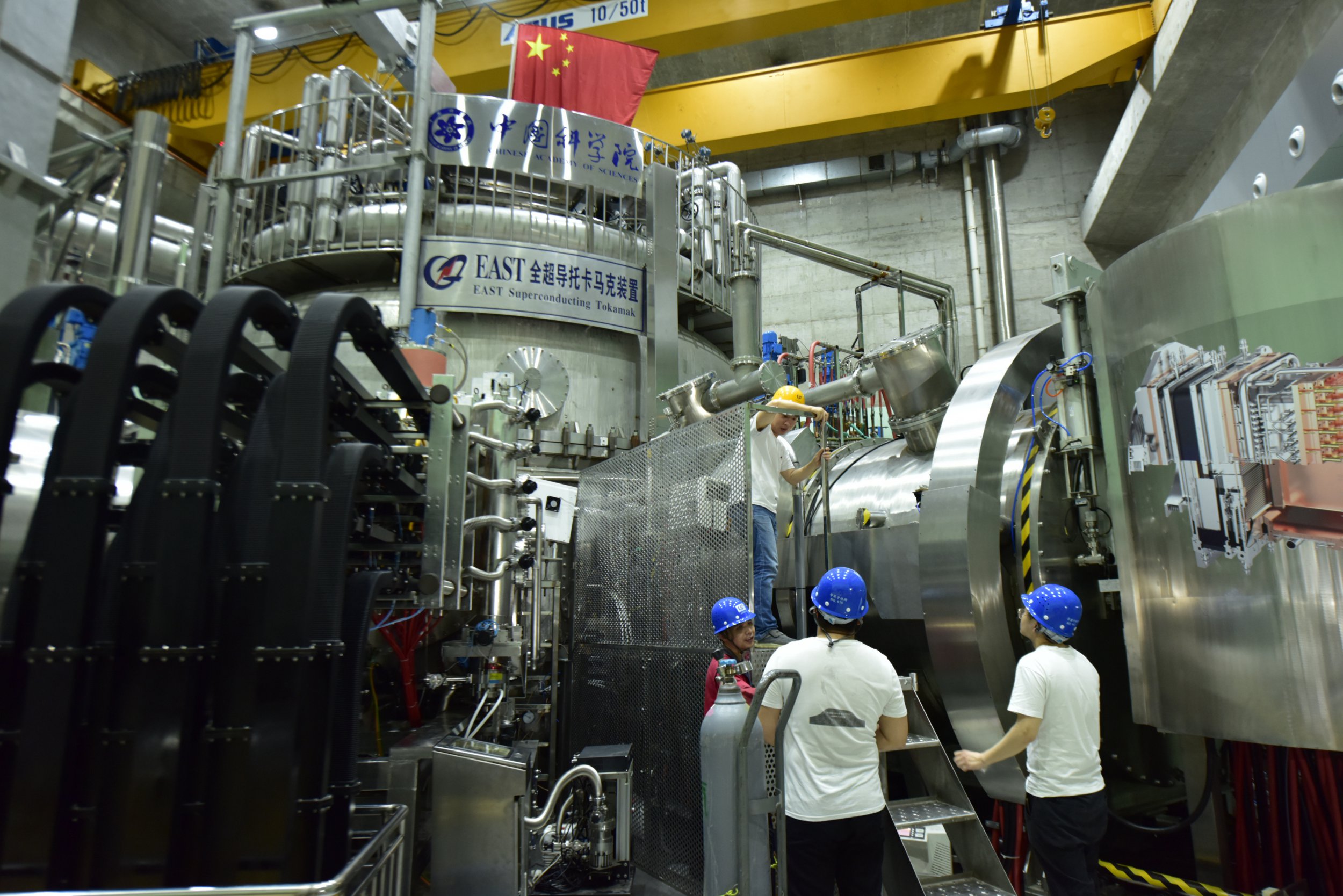 Scientists over in China have been working away on a nuclear fusion reactor that’s capable of reaching temperatures ten times hotter than the sun.

That’s ten times hotter than the giant ball of fire in the sky.

What’s more, the machine apparently lasted at this temperature for 100 seconds without reducing everything around it to a lump of molten metal.

The tokamak was first fired up in December and is being used as a pioneering way to generate energy. As China (and the world) tries to limit its carbon emissions, many scientists see nuclear fusion as the best way forward.

Its next goal could be to run at a consistent temperature for a week, according to Li Miao, director of the physics department of the Southern University of Science and Technology in Shenzhen.

‘The breakthrough is significant progress, and the ultimate goal should be keeping the temperature at a stable level for a long time,’ he told China’s state-run newspaper the Global Times.

Located in China’s eastern Anhui province, the reactor has earned the nickname ‘artificial sun’ because, well, it produces a gigantic amount of heat and power.

‘The development of nuclear fusion energy is not only a way to solve China’s strategic energy needs, but also has great significance for the future sustainable development of China’s energy and national economy,’ said the People’s Daily, a mouthpiece of the ruling Communist Party.

What is fusion energy anyway?

Fusion energy is based on the same principle by which stars create heat and light.

Using a tokamak (a machine that uses a powerful magnetic field to confine plasma in the shape of a torus), a fusion power station will heat plasma, enabling types of hydrogen fuel to fuse together to release energy that can generate electricity.

A key challenge in getting tokamaks on the electricity grid is removing excess heat produced during fusion reactions.

Without an exhaust system to handle the intense heat, materials will have to be regularly replaced, significantly affecting the amount of time a power plant could operate for.

Is that different to normal nuclear power?

Sort of. Every nuclear reactor currently operating on Earth is a fission reactor – using energy released when heavy atoms such as uranium decay into smaller atoms.

This is pretty similar to the process used in the first nuclear weapons.

A fusion reactor works in the opposite way, harvesting the energy released when two smaller atoms join together, releasing tiny, fast-moving particles smaller than atoms.

Chris Russell, managing director of British renewable electricity supplier Tonik Energy said, ‘Nuclear fusion has long been held up as a the future of energy despite the significant scientific and engineering barriers that must be overcome.

‘Although advances have been made in the field over the last 5 years in particular, projects have always struggled to achieve an energy surplus – meaning more energy is consumed by the technology itself than it generates.

Russell added: ‘A world powered by carbon neutral, clean technology is ultimately the only sustainable long term solution so we hope that fusion can eventually sit alongside other proven, sustainable and distributed technologies such as wind and solar in delivering that vision.’

What are the Chinese doing?

ITER is the world’s largest nuclear fusion research project based in France. It’s expected to be completed in 2025.

Together, the project will form the largest global scientific co-operation effort since the creation of the International Space Station more than 20 years ago.