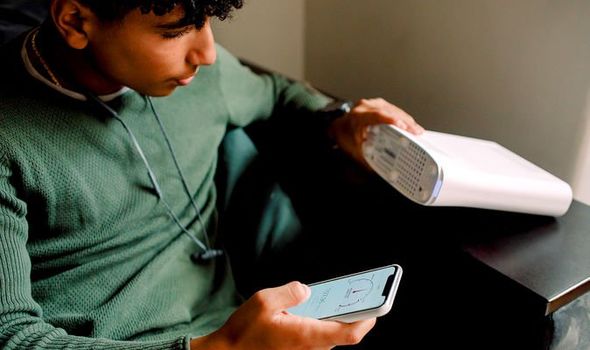 Hyperoptic has announced a new scheme, dubbed the Fair Fibre Plan, which sees the monthly cost of its full-fibre broadband plans slashed for anyone on means-tested benefits. According to the company, which is challenging more-established players like BT and Virgin Media with end-to-end fibre connections that offer up to 1Gbps download speeds – around 15 times faster than the average UK broadband connection, the scheme is designed to support people who need access to hyperfast internet but are struggling with affordability.

As millions of people have had to work, study, socialise and apply for work from home – the poor state of the UK’s broadband infrastructure has been thrown into stark relief. After campaigning on a pledge to upgrade every household to a future-proofed 1Gbps connection during the General Election, Prime Minister Boris Johnson has quietly retired that commitment. As the draconian restrictions remain in place to suppress the virus, those who cannot afford a speedy broadband connection are increasingly at a disadvantage.

With Hyperoptic’s new Fair Fibre Plan, the cost of its 50Mbps broadband-only service on a monthly rolling contract will be reduced to £15 a month. There will be no charge for installation and the package will come with a free router and an unlimited data allowance.

The full breakdown of the new reduced costs are:

And it’s not just the monthly prices that are lower. Those who sign-up to the Fair Fibre Plan from Hyperoptic are only signing-up to a rolling monthly contract – there’s no commitment to an 18- or 24-month contract. According to the firm, which operates in a number of areas across the UK, this was added to address the need for affordability and flexibility.

Customers on the plan can also cancel anytime with no exit fees. 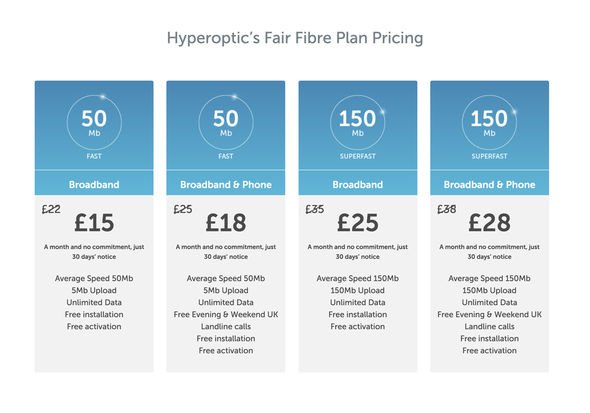 Managing Director of Hyperoptic, Charles Davies said: “Last year, Ofcom announced that 4.7 million UK homes have struggled to afford their telecoms bills. We passionately believe that affordability should not be a barrier when it comes to connectivity.

“We need to come together as an industry to alleviate digital poverty, especially in an era where we rely so much on our connectivity to support us with home working and home learning. The ambition for ‘Hyperoptic’s Fair Fibre Plan’ is to give struggling households long-term support with the cost of their broadband, with a hyperfast product that they can always rely on.”

Talking about the newly-announced scheme, Matt Warman, Digital Infrastructure Minister, commented: “Access to decent broadband is vital to everyday life so I’m delighted Hyperoptic is joining the growing number of providers offering great deals for people on lower incomes. We have been encouraging providers to go further and faster to offer social tariffs during these difficult times in our national mission to build back fairer. I hope this superb news will spark others to follow in their footsteps.”