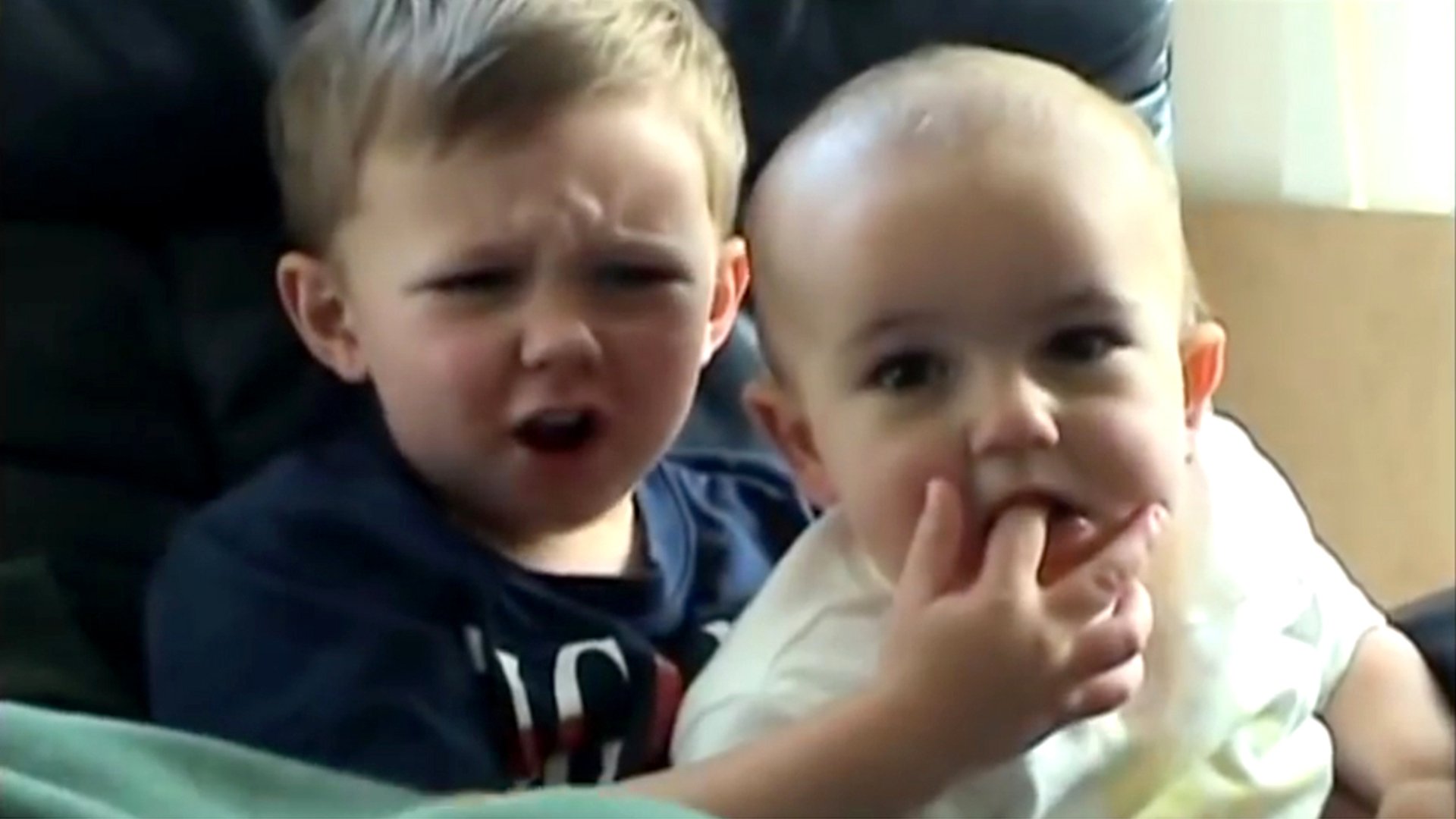 The piece in question is the ‘Charlie bit my finger’ video clip that was one of YouTube’s first ever viral videos.

Uploaded to YouTube back in 2007, the clip has been viewed more than 880 million times.

But now the sale has been made, the 55-second video of Charlie biting brother Harry’s finger is set to be removed from the site.

The anonymous auction, which ended on Sunday, was held by the Davies-Carr family.

A bidder known as ‘3fmusic’ eventually outbid ‘mememaster’ for the video and will now become its new owner.

NFTs are a new method to record ownership of digital media on the blockchain – the same technology cryptocurrencies use to prove who owns what digital coin.

The new technology has seen a boom in recent months, as art, music and even sports clips have rushed to the new platform, with some artists being made overnight millionaires.

The Davies-Carr brothers auctioned off the video’s NFT on the Ethereum blockchain on May 22, the 14th anniversary of the video’s upload date.

At present, it is still live on YouTube, but they say it will soon be deleted ‘forever’.

Howard reportedly only uploaded the video because he wanted to show it to the boys’ godfather, who lives in America.

Too large to send over any email services at the time, Davies-Carr uploaded it to YouTube, where it was then featured on a US TV show before becoming an internet phenomenon.

The Davies-Carr family have reportedly made more than £100,000 from the clip over the past decade, with the money going towards the boys’ education.

But the family now think that NFTs could be their next big chapter: ‘Harry and Charlie, now 17 and 15, are soon entering adulthood and embarking on the next chapter of their lives, the perfect opportunity to embrace the next iteration of the internet.’