Now that the glitz of shiny new TVs, computers, pod machines, smart gizmos and even sex tech at the CES gadgets show has worn off, it's time to recognise the key trends that underpinned the show. Technology now touches more aspects of our lives than ever before, and so our takeaways this time are quite diverse. 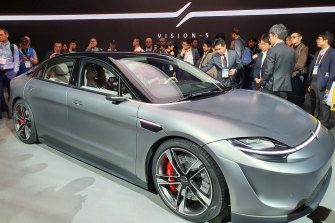 Sony’s Vision-S concept marks the company’s first move into electric cars, even if it might not actually make it onto roads.

Consumer electronics companies are shifting gears to the automotive industry

With the automotive industry increasingly moving towards electric and autonomous vehicles, it presents an enormous opportunity for traditional tech companies.

Perhaps no other consumer electronics company is more entrenched in cars than Panasonic, with the electronics giant quickly cementing itself as the world's leading automotive battery supplier. Panasonic spent the majority of its CES press conference talking about how its batteries and electric motors would be making their way to more automotive partners, such as Tropos Motors' line of compact electric utility vehicles.

Similarly Samsung announced a partnership with BMW to create the first car with a 5G modem, and LG is bring its webOS software to in-vehicle infotainment systems.

But the most dramatic sales pitch came from Sony who debuted a fully fledged concept electric vehicle using the company's core technologies in camera sensors and entertainment. Dubbed 'Vision-S', the car's dashboard consists of expansive screens that stretch across the driver and passenger side, powered by a slick user interface developed by Sony. The car's audio system is capable of playing music in 360 Reality Audio. 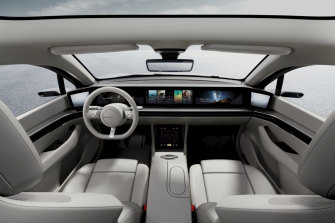 The interior of the Vision-S is filled with Sony tech.

Vision-S uses 33 camera sensors in total with the ones outside the vehicle detecting road, objects and people around the car while on the inside they are used to identify the passenger and driver, adjusting the car's settings accordingly. You can even create a highlight reel of a road trip using the footage captured by the external and internal cameras. Instead of side mirrors the Vision-S uses side cameras, with Sony claiming this can provide better visuals in low light.

Impossible Foods was at it again this year with its latest lab-created meat invention Impossible Pork; a plant-based substitute designed to mimic ground meat from pigs. 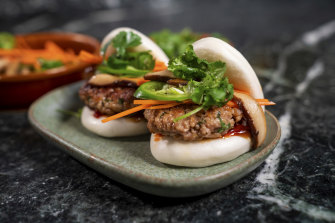 Food innovation is increasingly being embraced by the tech industry and making meat substitutes out of plants could have a massive impact on the environment and ultimately help feed more people as the population grows toward 9 billion by 2050. Almost 15 per cent of greenhouse gas emissions come from livestock with pork accounting for 38 per cent of the world's meat production.

Tech is trying harder to blend in than stick out

This was evident in the broad array of home entertainment products shown at CES, which ranged from televisions thin enough to be disguised as a painting on the wall to speakers designed to blend in with your living room upholstery. 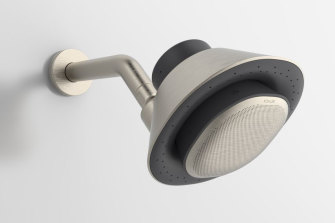 Standouts from the smart home category include an Alexa-enabled smart speaker showerhead from Kohler that docks magnetically to your existing shower, and a 'smart' bath mat from Mateo which looks like an ordinary bath mat except it can tell you your weight, posture and even shoe size. Then there's the swathe of new smart mirrors which will overlay weather and traffic information while providing horrifyingly detailed descriptions on what you need to do to fix your skin. One will even analyse your outfit and warn you if you've worn it before.

Perhaps the best example of tech blending into the environment is from Japanese company Mui Labs, which has designed a smart display out of a natural wood surface. It looks like a normal strip of wood most of the time, but when it goes into display mode it turns into smart home controller that lights up with buttons and messages. 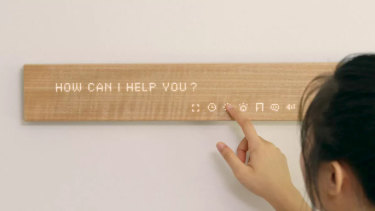 A smart display from Mui Labs is disguised as a decorative piece of wood.

Portrait video won't be going away any time soon (sadly)

Every major TV maker had a rotating television at their booth designed to match the orientation of your smartphone, in an effort to sate the appetites of the social media generation who have become accustomed to watching portrait videos on Instagram and TikTok.

Adding further weight to the vertical video movement is Quibi; a short-form mobile-only streaming service headed up by former boss of Walt Disney Studios Jeffrey Katzenberg set to launch in April. Some notable names have signed up to make bite-sized shows for the service including the likes of Steven Spielberg and Guillermo del Toro, but what makes Quibi interesting is how easily the service lets you switch between portrait and landscape viewing modes all while keeping the video full screen and what matters in frame.

Of course, this isn't just a tech solution since the artists also have to keep the framing of both viewing modes in mind and have created the content accordingly. Every Quibi show plays both formats at once, using their audio track to keep them in sync. Even if Quibi doesn't succeed and rotating televisions don't take off, it will be interesting to see if this kind of tech will make its way to other streaming services in the future.

The author travelled to CES as a guest of LG.