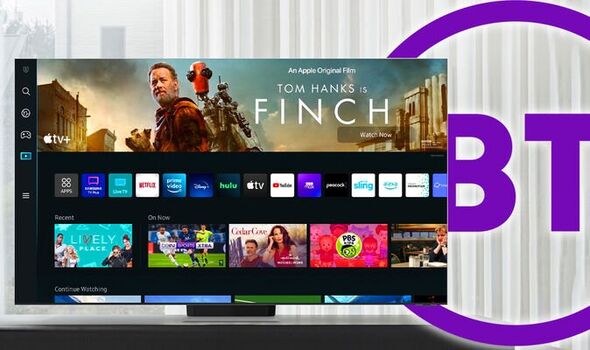 For the first time, BT has successfully broadcast a live 8K sporting event into homes across the UK. BT has been hard at work building out its support for this pixel-packed format, which offers much higher fidelity than 4K Ultra HD. The telecoms firm has already claimed the title for the first public 8K sports broadcast back in February 2020 in an experiment with Samsung.

However, this latest trial represents the first time that viewers have been able to watch the broadcast from their 8K TVs at home. The test was conducted at the Saracens v Bristol Bears Gallagher Premiership Rugby match on March 26. Unlike the test with Samsung back in 2020, which saw fans watch on 8K TVs within the stadium itself, the Premiership Rugby game was broadcast into select homes.

Despite being commonplace on store shelves, there isn’t a whole lot of native 8K content available for 8K TVs. Instead, those who upgrade to these flagship TVs will be future-proofed when the next major quality upgrade rolls out to broadcasters and streaming services like Netflix, Prime Video and Disney+. To compensate for the lack of content, manufacturers like Samsung have equipped their flatscreens with powerful chipsets packed with clever Artificial Intelligence to boost picture quality on the fly.

This upgrade ensures that 1080p High Definition (HD) or 4K Ultra HD (UHD) shows, films and sports broadcasts take advantage of the extra pixels in the display – ensuring that it looks better on an 8K panel than it would on a standard 4K TV.

But with the latest successful trial from BT, viewers could soon be able to tune-in to live sporting events via their BT Sport subscription and watch in crystal-clear 8K picture quality. The latest test allowed BT to explore the production workflows needed to broadcast its match coverage in 8K HDR, with advertisements, presenters in-studio, and other elements on-screen in the format.

Jamie Hindhaugh, BT Sport Chief Operating Officer, said: “BT Sport continues to lead the industry with innovation that provides our customers with the best sports viewing experience in the UK. Whether it’s last season’s launch of the Matchday Experience features on our App, or, our recent trials of 5G-enabled augmented reality viewing, we’re on a mission to take our viewers to the heart of sport.”

One of the biggest hurdles to overcome with 8K broadcasts is the sheer amount of bandwidth required to get the picture into homes. Early tests revealed that a single 8K stream would need a minimum of 50Mbps. The average home broadband speed in the UK is estimated to be between 50-70Mbps. Even if you’re at the top-end of that estimate, you’ll still be using almost all of your bandwidth for the 8K stream – that means a single incoming WhatsApp video call, another household member checking something on Google, an update that begins downloading on your laptop, or a backup by your smartphone could bring the 8K stream stuttering to a halt.

With the roll-out of full-fibre broadband connections across the UK, with top speeds of more than 1,000Mbps, the issues around streaming are likely to be solved in the coming years. Although, the UK Government has quietly backed down on plans to ensure that 100 percent of homes in the UK are guaranteed access to these next-generation broadband connections.

Sky Q and Sky Glass both support boxsets, blockbusters and sports in 4K Ultra HD, with support for HDR in select broadcasts. Likewise, the latest kit from Virgin Media is also compatible with this future-proofed picture quality. Disney+, Apple TV+ and Prime Video allow subscribers to stream in up to 4K Ultra HD if their internet connection can handle it. Netflix charges subscribers extra to access improved streaming quality, with 1080p High Definition and 4K Ultra HD locked behind pricier plans. NOW, formerly NOW TV, also charges extra for the privilege. None of these streaming services currently offer access to 8K broadcasts.