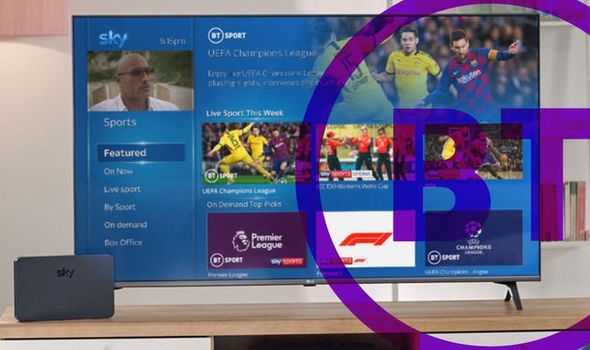 With the Premier League about to get into full swing and the Formula 1 season turning into one of the most thrilling in years, you might be thinking that it’s time to take the plunge and subscribe to Sky Sports. This premium service is offering a swathe of live football – including tonight’s opening clash between Brentford vs Arsenal – and is the only place that you can watch every F1 race without waiting for the highlights.

Of course, signing up to Sky is never going to be cheap but BT has a very enticing offer that allows customers to access all of the upcoming action for just £1 thanks to a deal on its Big Sport bundle.

If you thought that was pretty good then there’s even more live telly as BT TV also features action from BT Sport and Eurosport meaning you can watch all of the Champions League and games from Premiership Rugby.

YOU CAN SEE THE BT DEAL HERE

Clearly, all of this for just £1 per month sounds almost too good to be true and like most things in life, there is a catch.

BT says that customers who sign up for its Big Sport + Fibre 2 broadband will be charged a total of just £31.99 per month. This includes all of those telly channels, a set-top box and broadband with 67Mbps download speeds.

However, this bargain bundle only last for three months with users then being charged the full £70.99 for the rest of the 24-month contract.

That means paying a total bill of just over £1,585 for the two years.

So how does this compare to other providers?

Sky is currently offering access to all of its Sports channels and BT Sport for £65 per month but this doesn’t include any access to broadband.

Another option is to switch over NOW (formerly NOW TV) with the Sky-owned firm offering Premier League and F1 action for just £19.99 per month (usually £33) to anyone signing up for its broadband plans.

Finally, Virgin Media reckons it’s got the best deals of everyone with the firm recently boasting that it is the cheapest place to watch all of the Premier League and Champions League action.

The firm says that customers signing up for its Bigger + Sport bundle will save over £300 when compared to similar packages from Sky and over £150 if using BT Sport.

Virgin says that its Bigger + Sport bundle with Sky Sports channels in HD will costs customers £76 per month and includes both Sky and BT services. According to Virgin, a like for like plan from Sky will cost £94 per month with BT offering something similar for £84.99.