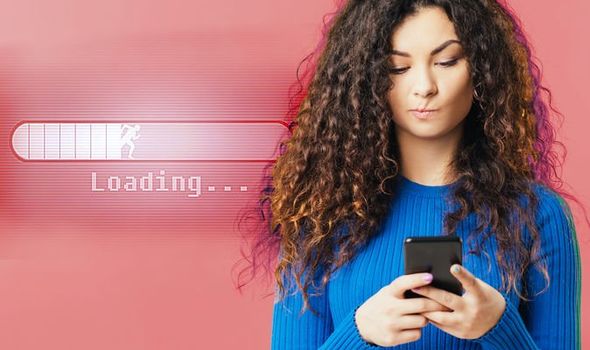 A third of people claim they’ve experienced worse broadband performance since the coronavirus outbreak forced millions to do their 9 to 5 from home. According to a new survey from YouGov, 28 percent have noticed their home broadband connection become slightly worse, while 7 percent claimed it was significantly worse since millions were asked to stay home at often as possible.

Despite warnings about Britain’s broadband infrastructure, which compares woefully to many European neighbours when it comes to sheer speed, the lockdown didn’t result in widespread outages and shutdowns. However, it seems that increased demand has had an impact on performance for huge numbers of people.

According to the YouGov research, seven in 10 (69%) of those surveyed have experienced some connectivity issues that impacted their ability to take part in general online activities, followed by streaming at 67%, video calls at 59% and work-related tasks at 52%.

But there is some good news.

Over half (57%) of the 2,301 participants in the YouGov study reported no changes in the performance of their home internet despite the increased demand as millions stay home to stop the spread of the coronavirus.

Speaking about the latest study, Digital Media and Technology Research Manager at YouGov Olivia Bonito said: “New YouGov research shows that the internet had become even more important to daily life during the coronavirus lockdown, with Britons using their household broadband connection for entertainment and to work from home.

“Of course this means that many are now using their internet much more than usual but a significant proportion – a third – are experiencing worse internet performance than they did prior to the lockdown.”

If you’re one of those who hasn’t noticed any issues with your Wi-Fi at home since the lockdown – happy days. Hope you’ve found a solid Netflix boxset to binge on that seamless connection. But if you’re one of those suffering with endless buffering, disconnecting smart lightbulbs and more – there is something that you can do.

A number of popular broadband providers offer speed guarantees on their broadband packages.

If your broadband connection isn’t delivering the kinds of speed you were promised from your Internet Service Provider (ISP), the first step is to get in touch with them. Testing your broadband is easy with a number of potential sites – like SpeedTest.net or Fast.com – offering easy ways to see the download and upload speeds being funnelled into your home right now.

Keep a series of screenshots of these tests so that you can prove the speeds later as well as show performance throughout different times of day. Most suppliers will have a minimum acceptable speed and if your broadband is below that figure you can ask for some cash back. If the problem is on their network and it cannot be fixed within 30 days, companies like BT, EE, Plusnet, Sky, TalkTalk, Utility Warehouse and Virgin Media must let you leave your contract without being penalised under new consumer protection rules.