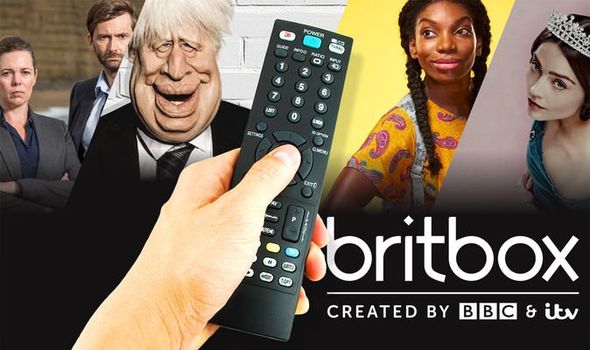 If you’re looking for something new to binge-watch in lockdown this weekend, it might be worth giving BritBox a look. This Netflix competitor is home to some of the most popular boxsets from BBC, ITV, Channel 5 and Channel 5 as well as movies from Film 4. As well as classic comedies and dramas, BritBox has also produced a number of exclusive, original productions, including the critically-acclaimed revival of puppet-based satire Spitting Image.

A subscription to BritBox costs £5.99 a month, or £59.99 a year if you pay upfront. A seven-day trial is available to all new customers.

However, before you get our your credit card – you might be eligible for a free subscription to the new streaming service. And if you’re anything like us, you’ve already got monthly Direct Debits for Netflix, Prime Video, Disney+ and more…. the idea of not having to pay for another subscription service is hugely appealing.

If you’re signed-up with BT for your home broadband, you can claim six months of free streaming. After the promotional period ends, BT customers will be given the choice to lose access to the video on-demand service, or continue to stream for a £5.99 per month subscription fee paid directly through their BT bill.

If you’re a BT customer, head to the My BT webpage or smartphone app to add BritBox to your broadband package. “We’ll let you know when these six months are coming to an end,” BT promises in the terms and conditions, so you should get a heads up before you find an extra £5.99 charge on your monthly bill.

BT customers can cancel the BritBox subscription anytime through your My BT account.

Once they’re signed up, BT customers won’t be treated any different to those paying for the video on-demand app directly. So, you will be able to sign-in to the BritBox app on any platform, including iPhone, iPad, Android smartphones and tablets, Amazon Fire TV, Apple TV, Roku and in your web browser at BritBox.com. There are dedicated BritBox streaming apps available for LG and Samsung Smart TVs too. BT TV customers will be able to tune-in via an app developed for the set-top box too.

And if none of those work for you, the BritBox app supports Chromecast and AirPlay to wirelessly beam the video stream to a variety of HDMI dongles and set-top boxes.

Of course, if you’re not a BT TV or BT Broadband customer and don’t qualify for the free streaming offer, then don’t worry too much. BritBox is also available for free to EE customers. If you’re currently a pay monthly or SIM-only customers with Smart Benefits as part of your plan, you’ll able to use this perk to get access to BritBox for free for the duration of your contract (or until you decide to switch the Smart Benefit to one of a number of other options, including better roaming abroad, or an Amazon Prime Video subscription).

However, even if you haven’t got Smart Benefits, you might be able to watch Spitting Image without spending a penny.

According to EE, “As an EE pay monthly customer you can enjoy six months of BritBox on us. We’ll even cover the cost of the data you use to watch it. After six months is up, the price is just £5.99 a month and you can cancel at any time. Text BRITBOX to 150 to start streaming. This offer is eligible to new and existing consumer 4G and 5G customers on a pay monthly phone, 12 month SIM only plan or with a tablet on a 4GEE WiFi price plan.”

And of course, as mentioned advice, if you don’t qualify for either of these offers, BritBox offers a free seven-day trial of its streaming service for anyone. You can sign-up online to test out the streaming service at no cost.

For those who don’t know, BritBox was originally launched in the United States and Canada back in 2017 as a way for expats and our North American cousins to watch some of the most talked-about UK television series and movies. However, the Netflix rival launched in the UK in late 2019 for Brits looking to revisit some of their favourite shows in a single digital library. During its initial launch, BritBox promised some ambitious original content. The first of these original exclusives, Spitting Image, premiered last year to widespread praise.

In fact, in the 24-hours following the launch of Spitting Image alone, BritBox enjoyed a tenfold increase in the daily rate of new subscriptions to the service, and a second season has already been commissioned to launch later this year. BritBox’s first original drama commission, The Beast Must Die starring Cush Jumbo and Jared Harris, will launch on the platform in May.

With the arrival of Channel 4 shows and movies last year too, BritBox subscribers can now watch fan-favourites such as Top Gear, Downton Abbey, Happy Valley and Gavin & Stacey. British films from Film4 including Trainspotting, and filmed production from the Royal Shakespeare Company are also available. Subscribers will also have access to shows, like Cold Feet, Doctor Who Classic and Broadchurch, which are not available to stream elsewhere. Channel 5 content is also now moving to the platform. 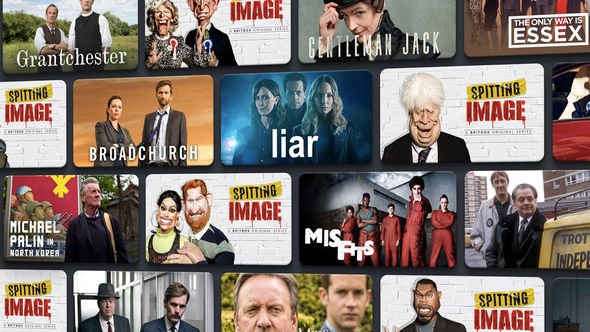 Moving forward, the BBC has pledged to make fewer deals to bring its existing boxsets to Netflix – keeping them exclusive to its catch-up service BBC iPlayer and BritBox.

The news comes as BritBox confirmed that it has now achieved its goal of half a million subscribers. It currently offers a seven-day free trial for those who want to test out the service before they have to start paying. This is available in the standalone BritBox app as well as via Prime Video Channels.