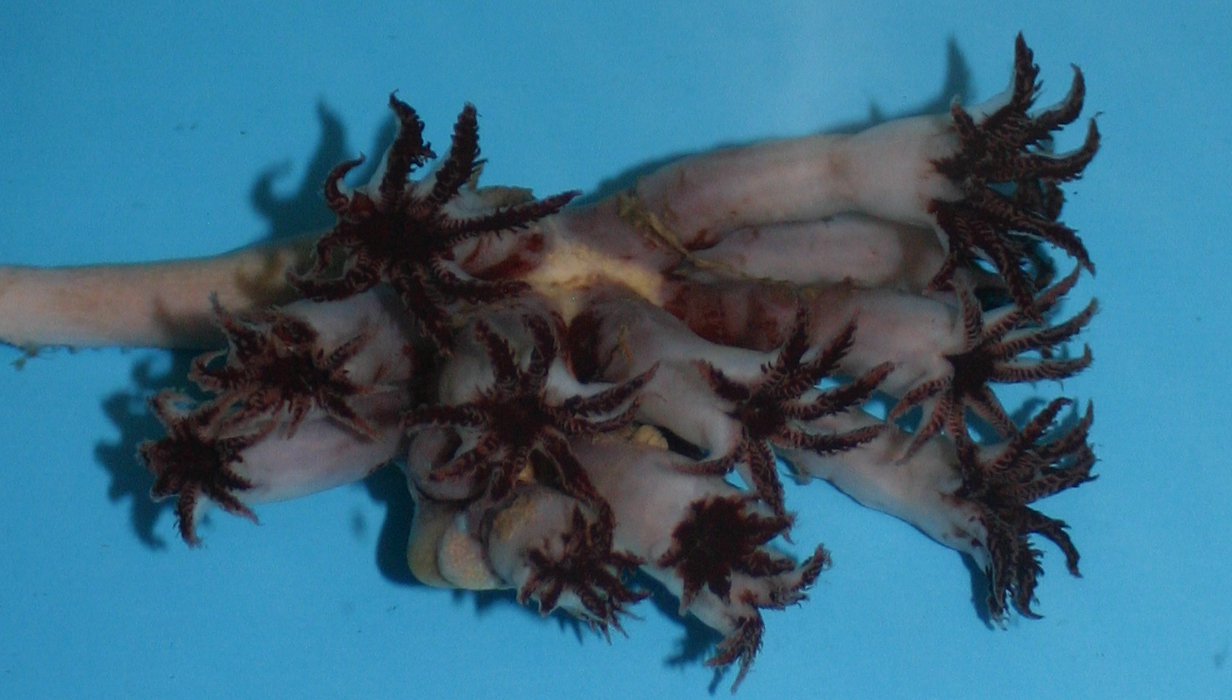 A brand new kind of coral has been found beneath a Scottish island.

The coral, known as a seapen, was found at at depths of up to 2,000m in the Rockall Trough, 240 miles off the west coast of Scotland.

The newly-identified organism belongs to a family and a species completely new to science.

Scientists say the discovery of the coral demonstrates there is much still to learn about the deep sea around Scotland’s coasts and highlights the importance of Marine Protected Areas (MPAs) as a key tool in conservation efforts.

Specimens have been recovered from the continental slopes and plains of the Rockall Trough over a period of almost a decade up to 2019.

Seapens from deep waters are rarely encountered and remain poorly understood, prompting the team of researchers who uncovered the creatures to preserve samples for analysis.

These have been studied using a combination of traditional methods and cutting-edge genetic analysis, in collaboration with the internationally renowned coral expert Dr Pablo Lopez-Gonzalez from Spain’s University of Seville.

Due to their appearance, the specimens were initially thought to belong to a family of seapens known as Umbellula.

But genetic results, backed by microscopic studies of their minute skeletal structures, have revealed they are not only a new species, but part of a seapen family never previously recorded.

The new species has been formally named Pseudumbellula scotiae – the first part due to its overall physical similarity to Umbellula and the second part as a tribute to the Scottish Government’s marine research vessel Scotia.

Ms McAllan said: ‘This work suggests that sub-sea biodiversity is far more diverse than previously believed and demonstrates that international co-operation is vital to increasing our understanding of the natural world.

‘I am delighted that Scottish Government marine scientists are playing a key role in this across the global arena.

‘Scotland has some of the most beautiful and diverse marine ecosystems on the planet and we are committed to protecting and safeguarding them for future generations.’

Scotland’s MPA network includes sites for the protection of biodiversity and covers around 37 per cent of the sea area, exceeding the new global target of 30 per cent by 2030.