It is one of the most important sites in the history of computing and of Britain’s victory against Nazism.

But now, for the second time in little more than a decade, the future of Bletchley Park hangs in the balance.

Over the weekend, it emerged that the museum at the wartime code-breaking centre was facing a financial crisis because of the coronavirus – and that meant it was preparing to lay off 35 people, a third of its workforce.

After being forced to close for over three months, it’s now opened with reduced capacity due to social distancing regulations and the museum is on course to lose £2m ($2.6m).

Iain Standen, the chief executive of Bletchley Park, said the principal strength of the successful museum and visitor attraction that had been built over recent years was its people: “However, the economic impact of the current crisis is having a profound effect on the Trust’s ability to survive.

“We have exhausted all other avenues, and we need to act now to ensure that the Trust survives and is sustainable in the future.” 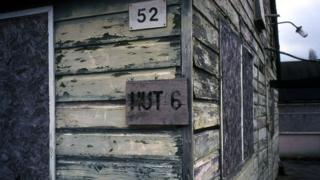 I first visited Bletchley Park in 2008 when it was in a sorry state.

The huts where Alan Turing and thousands of other young men and women had worked to break German codes were falling down, and there was no real sense for visitors of the importance of what had gone on here.

I had come to meet Dr Sue Black, a computing academic, who had rounded up many of her colleagues to sign a letter to the Times calling for action to save the site.

Her campaign proved remarkably successful, mainly due to her clever use of social media, which back then was a relatively new phenomenon.

She persuaded Stephen Fry and other celebrities to visit the site, and a constant stream of tweets and Facebook posts built a passionate community around Bletchley Park.

Eventually a big grant from the Heritage Lottery Fund, and major donations from tech firms, funded the restoration of the site and the building of a museum which does an excellent job of telling the Bletchley story.

I spoke to Sue Black this morning and she was naturally concerned about the latest news from a site she says is of fundamental importance in world history, because it saved millions of lives.

She issued this new rallying cry: “It’s time for the tech industry, and for us all as a community that cares about our heritage, to support Bletchley Park through these difficult times and to find significant revenue streams other than in person visitors so that it never has to worry about telling such an important story to generations to come.”

Of course, Bletchley Park is just one of many museums and arts organisations struggling to cope with an unprecedented financial crisis.

But perhaps its significant place in technology history as the place where Turing and others worked on early computing devices, gives it an advantage.

After all, today’s tech giants have prospered during the pandemic and may be sympathetic if asked to help one of the birthplaces of the computing era.