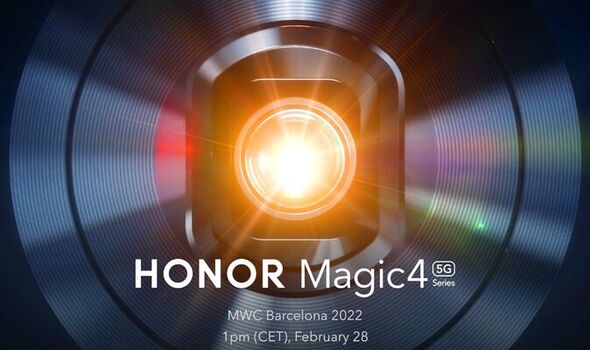 Honor has confirmed that it will unveil an “all-new premium flagship smartphone” during the Mobile World Congress (MWC) tradeshow in Barcelona tomorrow. The keynote event, which kickstarts at 12pm GMT (1pm CET) on February 28, promises to be an eventful launch for the Chinese company.

Following the cancellation of MWC two years ago due to the outbreak of Covid-19 and a drastically scaled back (and delayed) conference last year, which saw relatively few product announcements, the biggest event in the mobile calendar is returning to Spain looking a little more like its old self this year. And that’s not the only change. Since the last full-scale Mobile World Congress, Honor itself has undergone some pretty dramatic changes too.

Huawei announced plans to sell-off its stake in Honor at the tail-end of 2020. During its infancy, Honor relied heavily on technology and designs put together by Huawei – reducing its costs and allowing the Chinese firm to offer lower prices than the competition. However, this relationship caused havoc when the United States government placed Huawei on a blacklist that prevented all American companies from doing business with the Chinese firm.

As a result, Google – the Californian giant behind Android, YouTube, Google Maps, Gmail, and the Google Play Store – was blocked from supplying its services to Huawei and, by extension, Honor. Qualcomm, which makes some of the most powerful chipsets for Android handsets, including OnePlus, Motorola, and some Samsung models, was also blocked from signing any deals with Huawei and Honor.

By selling all stakes in Honor, Huawei has freed the technology firm to strike its own deals with Google, Qualcomm and others. In other words – whatever Honor announces during its keynote presentation at MWC is likely to arrive with Gmail, Google Maps and YouTube preinstalled. The Google Play Store, which offers access to some of the most popular games and apps, including Snapchat, Facebook, Netflix, and WhatsApp, to name a few, will also be preinstalled.

For customers who expect Android devices to arrive with these hugely-popular Google-designed applications, not to mention security updates and flashy new features from the teams in Mountain View, California, this is incredibly exciting. It also means that other popular Android manufacturers, including Samsung, OnePlus, Oppo, Realme, and more, now face more competition on store shelves.

What can expect from the next flagship smartphone from Honor?

Unfortunately, the Shenzhen-based company is keeping quiet about exactly what is coming during its MWC announcement. We know it will be called the “Honor Magic4 Series” and a YouTube teaser trailer released by the company earlier this week promised improvements in wireless charging. “Free charging without restraint, guess how fast our industry-leading wireless SuperCharge of the #HONORMagic4 Series can be? Come and feel the unparalleled speed of #ThePowerofMagic!” the description on the YouTube clip reveals.

Some tipsters have suggested that Honor Magic4 Series could be a rebrand of the Magic V revealed by the company earlier this year. This handset, which is the first foldable phone announced by the company, is currently only available in China. It sports a 7.9-inch pliable touchscreen that opens like a paperback book, allowing users more screen real estate to binge boxsets on Netflix, plan routes on Google Maps, browse through photo albums, and more.

A smaller (albeit only slightly) 6.45-inch screen on the outside lets smartphone owners quickly reply to text messages, check directions, and make contactless payments without the need to open-up the larger tablet-like screen each time.

The Magic V is powered by the latest-and-greatest system-on-a-chip from US firm, Qualcomm. The Snapdragon 8 Gen 1 promises speedier performance than its predecessor – perfect for running multiple apps side-by-side on the larger folding screen.

Of course, nothing is confirmed until Honor makes the announcement during its keynote tomorrow. It’s always possible that Honor Magic4 Series will be something completely new for the European markets. After all, folding phones remain a niche product right now, with most customers choosing a more vanilla flatscreen smartphone.

Express.co.uk will be in the audience at MWC, so check back for all the details on Honor’s all-new flagship phone.

EE is offering Samsung fans to get hundreds of pounds off the price of any phone in the S22 range. If you trade-in an eligible device your monthly bill will be cut by £14, which works out as a whopping £336 saving across the course of a two-year contract