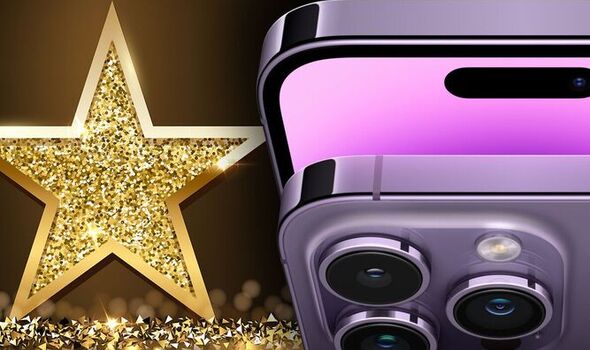 It’s been another seismic year in the world of technology with all of the world’s biggest firms releasing endless updates and shiny new products. During the past 12 months, we’ve seen an explosion of phones, tablets, TVs, laptops and streaming devices being released. Now we know exactly which gadgets should be on the Christmas wish list thanks to the technology experts at Pocket-lint who have just held their yearly awards in London’s West End.

Perhaps the biggest winner of the night was Apple who fought off an army of Android rivals to collect the gong for Best Flagship Smartphone. The iPhone 14 Pro Max beat other devices such as the Pixel 7 Pro and Galaxy S22 Ultra to take the coveted top spot.

And that’s not the only prize Apple picked up on the night with the US tech firm’s iPad Air and new MacBook Air also winning prizes for best tablet and best laptop.

Along with Apple, there was also good news for Amazon with the online store winning best Streaming Device and Sony winning best headphones and product of the year thanks to its brilliant WH-1000XM5 cans.

Philips Hue should be on your list if you want to make your home smarter and telly addicts might want to take delivery of LG’s OLED evo C2 if they want the very best viewing experience.

“The Pocket-lint Awards is the highlight of awards season,” said Chris Hall, Pocket-lint’s Editorial Director. “Every shortlisted device is exceptional but to take the award, you really do have to offer something outstanding.”

So if you want to know the top picks of 2022 here are all the winners.

In addition to the category awards and Product of the Year, Pocket-lint also awards the EE Superfast Award, given to a technology or product that shows exceptional speed. This year it was awarded to SuperVOOC charging, as seen in Oppo and OnePlus phones which will allow your smartphone to charge in minutes rather than hours.