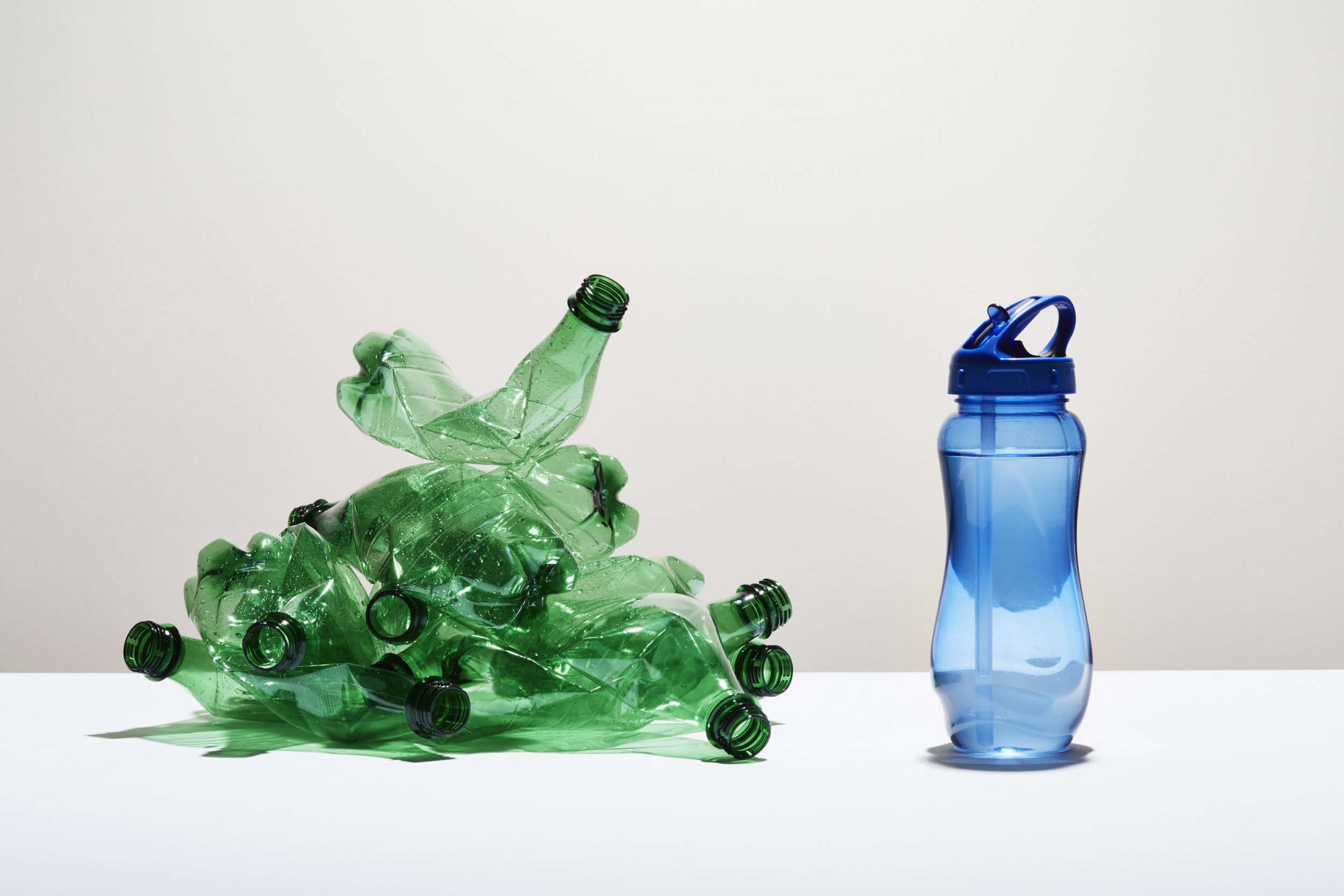 Leaving water in a plastic bottle for just one day may allow hundreds of chemicals to seep into your drink, a new study suggests.

While it’s unclear whether these chemicals could have an impact on human health, the scientists on the project recommend opting for glass bottles or metal flasks instead.

The findings, published in the Journal of Hazardous Materials, come from a new study by two chemists at the University of Copenhagen, Denmark.

The pair left ordinary tap water in both new and used plastic sports bottles for 24 hours — both before and after machine washing — then looked for compounds that migrated from the plastic bottle into the water.

Over 400 different substances from the bottle’s plastic and over 3,500 substances derived from dishwasher soap were detected.

Even new reusable bottles rinsed out with water had nearly 500 different substances in the water, more than 100 of these which came from the plastic itself.

‘We care so much about low levels of pesticides in our drinking water. But when we pour water into a container to drink from, we unflinchingly add hundreds or thousands of substances to the water ourselves,’ Jan Christensen, author of the study said in a statement.

‘Although we cannot yet say whether the substances in the reusable bottles affect our health, I’ll be using a glass or quality stainless steel bottle in the future,’ he said.

Some of these substances are thought to have potentially harmful effects on health, including carcinogens or endocrine disruptors that meddle with the hormonal system.

Among the chemicals identified, they discovered traces of diethyltoluamide (DEET), an insect repellent commonly used in mosquito spray, which the team believes may have been formed by the plasticizer, laurolactam.

Very little is known about some of the other substances, however. A significant portion of the compounds is unknown substances that the researchers have yet to identify, while the toxicity was not known for approximately 70% of the identified chemicals.

Crucially, the experiments showed that machine washing a bottle leads to more substances entering the water. While you may assume a dishwasher would help flush out some of these unwanted compounds, it appears the heat and water actually wear down the plastic, making it more prone to leaching chemicals.

‘What is released most after machine washing is the soap substances from the surface. Most of the chemicals that come from the water bottle itself remain after machine washing and extra rinsing,’ said Selina Tisler, first study author and postdoctoral researcher of the Department of Plant and Environmental Sciences.

The most toxic substances identified actually came after the bottle had been in the dishwasher — presumably because washing wears down the plastic and thereby increases leaching, said the researchers.