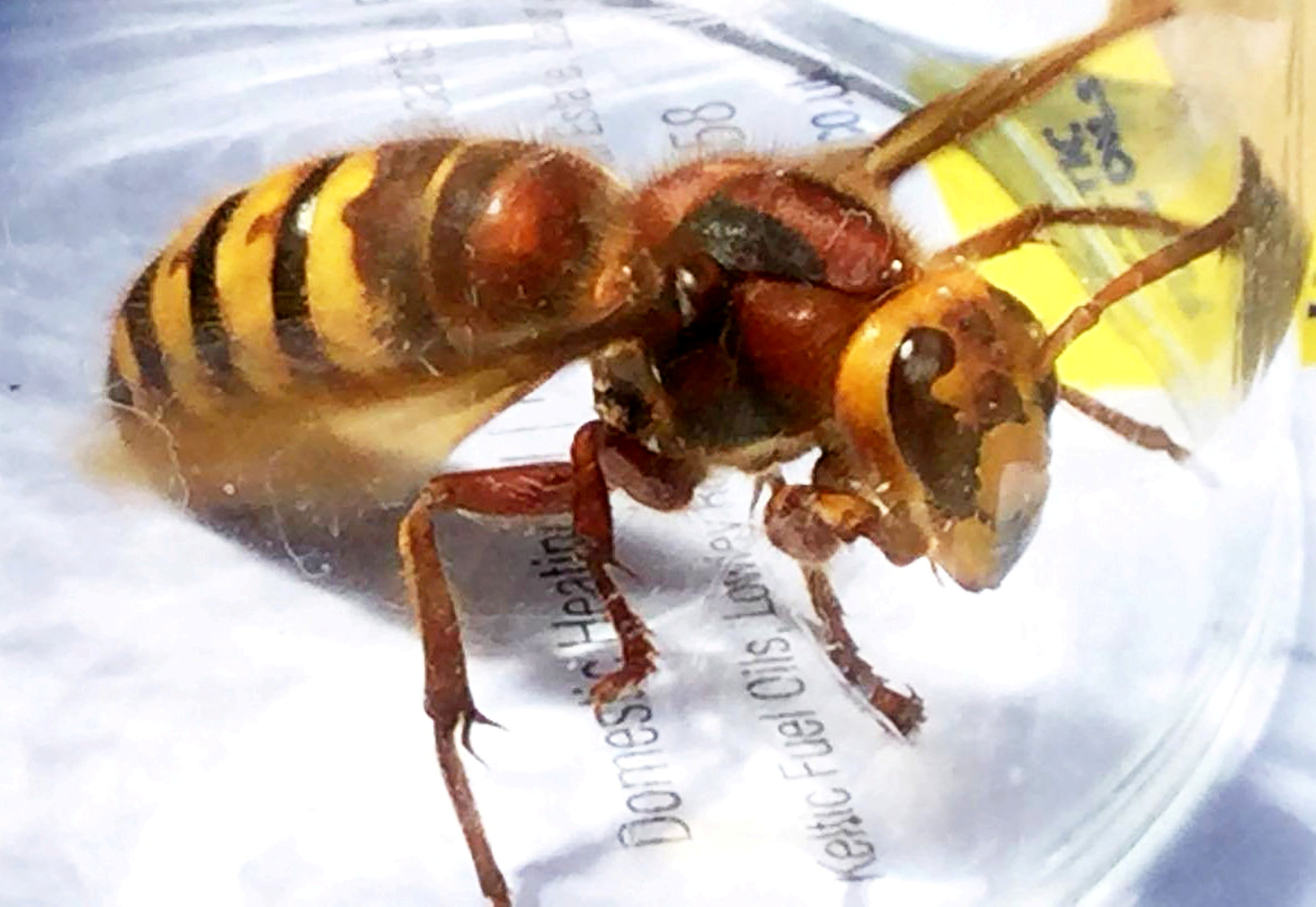 If you see an unusually large wasp, with a dark brown or black velvety body, yellow-tipped legs and a yellow band on its abdomen, it might be an Asian hornet – a mortal threat to the beloved honey bee.

Scientists are urging the British public to report any sightings of Asian hornets to see off a possible invasion, which would be devastating to British bee colonies and crops.

The invasive predators, which are unrelated to their larger ‘murder’ hornet cousins, can eat up to 50 honey bees a day, though are no more dangerous to humans than a regular wasp.

Experts fear that the proliferation of the Asian hornet could cost the UK up to £7.6 million each year. By mapping sightings of the species, it would give experts a better handle on where the species might be spreading.

There have already been 17 sightings in the UK, according to the Department of Environment, Food and Rural Affairs (Defra), with the most recent spotted in Dorset in late 2019.

‘The spread of Asian hornets is not something that should be taken lightly,’ said Kate Fromings of whatshed.co.uk.

‘Swarms can decimate a colony of honey bees in a matter of minutes, putting our crops and farms at risk if they are able to invade the UK successfully.

‘Uploading sightings to this map will ensure that the necessary authorities can be contacted to confirm the sighting and handle the case properly, whilst also enabling scientists to carry out important research into the movements of this species.

‘We’re asking people around the UK to keep an eye out for these dangerous creatures throughout the year.’

Asian hornets are more visible in the summer months, so it’s more likely to spot them now than at other times of the year.

It’s suspected that the foreign hornets first came to Europe in flower pots imported to France from China in 2004.

They quickly spread across Europe, finally arriving in Jersey in 2016 after fertilised queens were carried by strong winds from France.

The hornets are characterised by their dark brown, velvety body, with a yellow or orange band on their fourth abdomen segment, with yellow-dipped legs.

However, Defra has warned that they’re not to be confused with their ‘murder’ hornet cousins, also found in Asia, which can be dangerous to humans and have been spotted in the US.

These more dangerous hornets haven’t yet been spotted in the UK or Europe, but there were two sightings of the insect in the US at the end of 2019.

‘There have been no confirmed sightings of Asian giant hornets in Europe and this species must not be mistaken for the more common Asian hornet,’ said a Defra spokesperson.

‘While the Asian hornet has been found in the UK, these pose no greater risk to human health than a bee.’