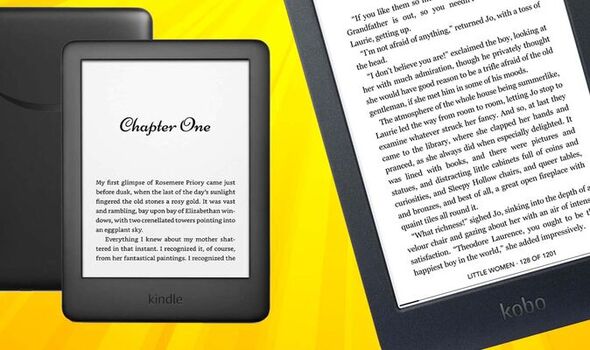 Amazon will ditch a crucial feature from some ageing Kindle models this summer. Starting from August, the online retailer will remove the ability to purchase ebooks directly from select devices. While you’ll still be able to purchase ebooks from the Amazon website and send these digital paperbacks to an older Kindle, there will be no provision for buying the ebook from the device itself. That means those without a secondary device capable of visiting Amazon’s website – like a smartphone, tablet or laptop – will be stuck without any new books. It also removes Kindle owners’ ability to buy new books when away from home, like a holiday.

Those with an impacted Kindle who want the same functionality they’ve enjoyed up until this point will need to buy a new Kindle. Models that will be affected by this upcoming change include the second generation Kindle that was released internationally in October 2009 as well as the fifth-generation ereader that debuted in September 2012.

If you want the ability to easily purchase a new book to read on your device then you have a few options. You can, of course, simply get a new Amazon Kindle with the cheapest model that’s available at the model the entry-level Kindle with a front light.

This has an RRP of £69.99, for the model that includes ads, and it can be purchased right now with three months worth of Kindle Unlimited entirely for free. This subscription-based service from Amazon offers members a library of over a million ebooks at their finger tips.

However, the other option is to try something new and purchase a rival ereader, with Kobo as the standout alternative in the UK.

Prices for Kobo ereaders begin from £89.99, so you’ll have to fork out more if you want an entry-level Kobo over the cheapest Kindle.

However, the most affordable Kobo – the Kobo Nia – has a number of eye-catching features that could make you choose it over the entry-level Kindle. Firstly, with any Kobo you won’t need to worry about the adverts, while the most affordable Kindle models from Amazon are subsidised with fullscreen adverts appearing whenever you stop reading and lock the screen of the device.

Also, the Kobo Nia has a sharper screen, with 212 pixels-per-inch compared to Kindle’s 167 pixels-per-inch. It also packs a front light. However, whereas Amazon has added support for audiobook playback on its Kindle range, there’s no such feature on the Kobo.

However, there is one other big advantage that Kobo ereaders currently have over Kindle devices. And that’s Kobo ereaders can access a wider range of ebook shops.

Besides the official Kobo ebook store, you can purchase ebooks for a wide range of other online shops as Kobo devices support the widely used epub format.

Currently, with an Amazon Kindle you can only access ebooks that are listed on the official Amazon store. However, later this year, Amazon will finally be adding epub support to its Kindle devices, a long awaited feature for fans.

Whether you’re interested in swapping a Kindle for a Kobo will depend a lot on your personal preferences and how invested you are in Amazon’s eco system.

Anyone that is interested in picking up a Kobo can head to the official website to see the other models available and deals running right now.

Products which could catch your eye include the Kobo Clara – which is the equivalent model to the Paperwhite – that’s available for £119.99, whereas the Paperwhite with adverts costs £129.99. Kobo also offers refurbished ereaders, with the cheapest model currently available the Kobo Aura 2 which is priced at £69.99.