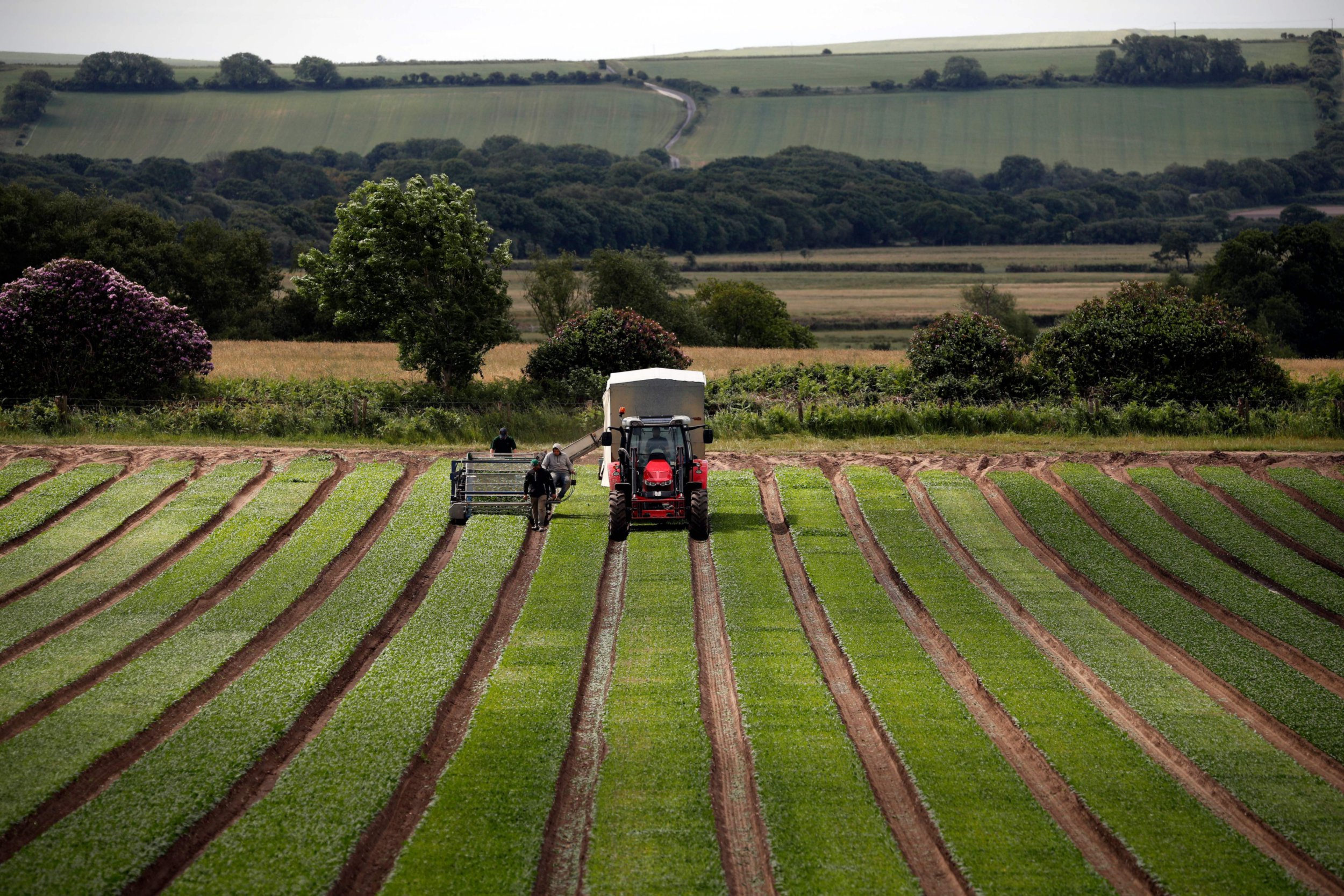 Relying on artificial intelligence for farming will make the world’s food vulnerable to hackers and terrorists, scientists warned.

While many jobs on earth may one day be replaced by robots, researchers say farmers’ livelihoods must be protected.

Artificial intelligence is already gaining traction in agriculture with technology being used to detect weeds and even disease in plants, pests and poor nutrition in farms.

But this has the knock-on effect of making it ripe as a target for hackers from terror groups or geo-political enemies.

Companies across Britain have been warned this week to prepare for potential Russian cyber attacks after Britain slapped sanctions on allies and banks of Vladimir Putin over his invasion of the disputed Donbas region of Ukraine.

GCHQ urged UK organisations to ‘bolster their online defences’ after cyber attacks were launched on Ukraine this week.

Future technology could be used for all aspects of farming including tilling, planting, fertilising, monitoring and harvesting, leaving that industry exposed to potential cyber attacks.

These innovations make AI software able to respond to the weather with algorithms that control drip-irrigation systems, self-driving tractors and combine harvesters, to monitor the exact needs of the crop.

But researchers said this dependence on computers will come with major risks to farms, farmers, and food security.

One Turkish farmer recently took a unique approach to integrating technology with farming.

Kocak says the move is already paying off. He’s given the headsets to two of his cows and noted that milk production went up from 22 litres to 27 litres a day.

And what are the cows seeing through the VR goggles? Apparently, it’s visions of the outside world.

‘They are watching a green pasture and it gives them an emotional boost. They are less stressed,’ he said.

Experts suggest enemies of the UK could do this by poisoning datasets or by shutting down sprayers, autonomous drones, and robotic harvesters.

To guard against this they suggest that ‘white hat hackers’ help companies uncover any security failings during the development phase, so that systems can be safeguarded against real hackers.

Dr Asaf Tzachor, of the University of Cambridge, said: ‘Imagine a field of wheat that extends to the horizon, being grown for flour that will be made into bread to feed cities’ worth of people.

‘Then imagine a hacker messes things up.

‘The idea of intelligent machines running farms is not science fiction.

‘Large companies are already pioneering the next generation of autonomous ag-bots and decision support systems that will replace humans in the field.

‘But so far no-one seems to have asked the question ‘are there any risks associated with a rapid deployment of agricultural AI?’

‘Expert AI farming systems that don’t consider the complexities of labour inputs will ignore, and potentially sustain, the exploitation of disadvantaged communities.’

In a scenario linked with accidental failure, the authors of the study suggested an AI system programmed only to deliver the best crop yield in the short term might ignore the environmental consequences of achieving this, leading to overuse of fertilisers and soil erosion in the long term.

Over-use of pesticides to get higher yields could poison ecosystems and over-use of nitrogen fertiliser would pollute the soil and surrounding waterways, scientists warned.

The experts suggested involving applied ecologists in the technology design process to ensure these scenarios are avoided.

Autonomous machines could improve the working conditions of farmers, relieving them of manual labour.

Dr Seán Ó hÉigeartaigh, executive director of the Centre for the Study of Existential Risk, said: ‘AI is being hailed as the way to revolutionise agriculture.

‘As we deploy this technology on a large scale, we should closely consider potential risks, and aim to mitigate those early on in the technology design.’

The risk analysis was published in the journal Nature Machine Intelligence.