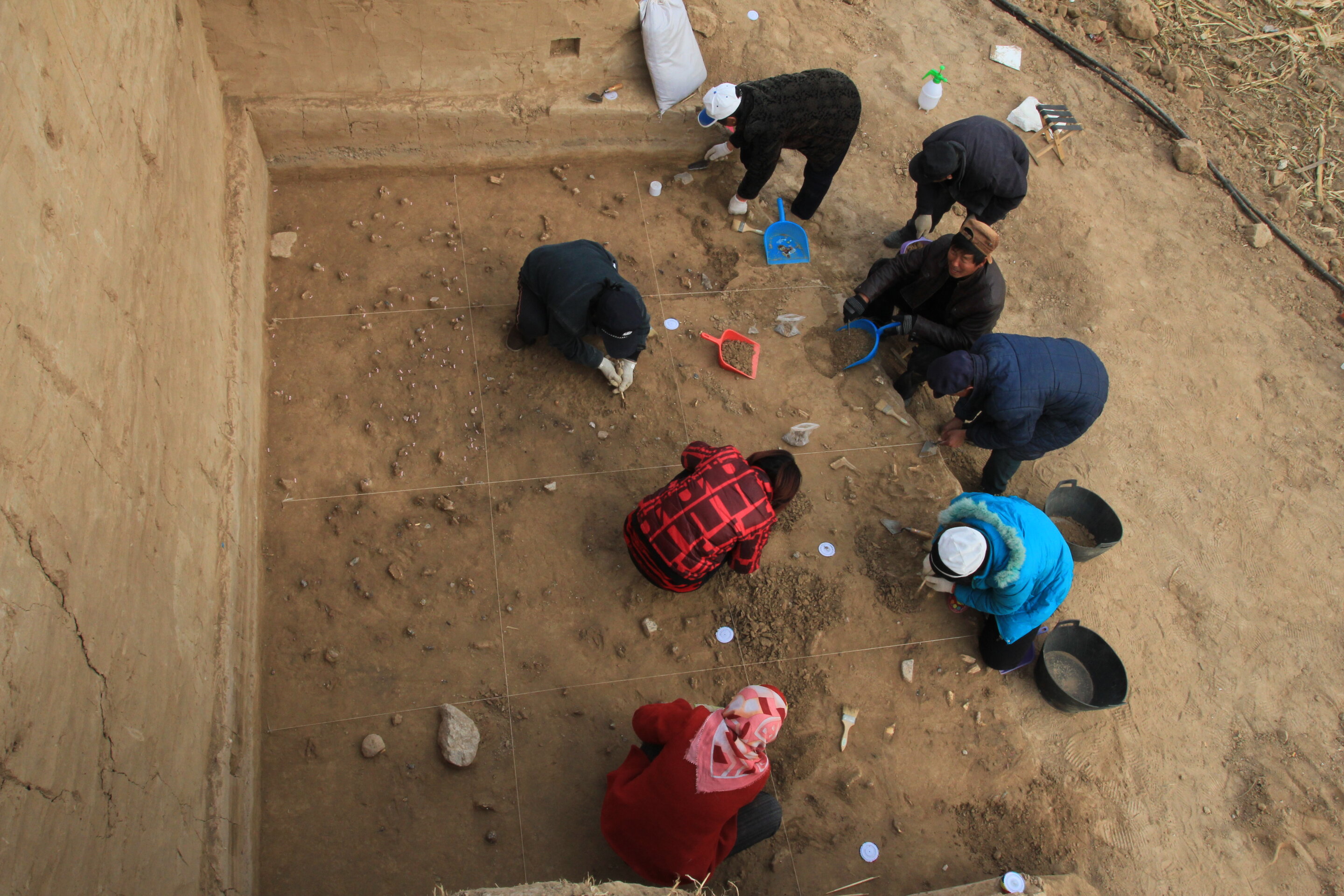 Early humans were using blade-like stone tools with handles in China at least 40,000 years ago, reveals a new study.

An international team of archaeologists has found evidence of an advancing lifestyle among hunter-gatherers tens of thousands of years before the Great Wall of China was built – including the earliest known ochre-processing feature in East Asia.

The study, published in the journal Nature, relies on findings from Xiamabei, a well-preserved, archaeological site in the Nihewan Basin, northern China.

It was found and excavated by the Hebei Provincial Institute of Cultural Relics and Archaeology (HPICRA) in 2013.

Dr Yang said the Xiamabei findings show technological innovations and cultural diversification during the worldwide expansion of Homo sapiens and their entry into East Asia.

Various scientific methods were used to identify the ochre and the sediment staining, while the results indicated that stone tool manufacture was aimed at the production of small items, including blade-like forms, and the miniaturised pieces were hafted.

Dr Yang said research at the Xiamabei site has provided a ‘vivid picture’ of the hunter-gatherer lifestyle 40,000 years ago in North China.

She said: ‘People were living in a cool, steppe-like environment.

‘At Xiamabei they conducted activities around a warm campfire, grinding large quantities of ochre powder, hafting blade-like stone tools to conduct a variety of tasks including hide and plant processing, and, most likely, sharing food, including the meat they hunted.

‘As shown by DNA and fossil evidence of the Tianyuandong individual, modern humans inhabited northern China about 40,000 years ago; however, little is known about their technology and cultures.

‘The findings from Xiamabei will help us further understand the variety of behavioural adaptations and their complexity in East Asia during this critical period.’

The researchers said that although they don’t know for sure who occupied Xiamabei around 40,000 years ago, the role of Denisovans and Neanderthals cannot be excluded.

They believe the most likely hypothesis is that the site was occupied by Homo sapiens, considering the presence of contemporaneous fossils of modern humans at Tianyuandong, around 100 kilometres away.

Dr Fa-Gang Wang, of HPICRA whose team first excavated the site, said: ‘Xiamabei stands apart from any other known archaeological site in China, as it possesses a novel set of cultural characteristics at an early date.’

Dr Yang added: ‘The ability of hominins to live in northern latitudes, with cold and highly seasonal environments, was likely facilitated by the evolution of culture in the form of economic, social and symbolic adaptations.

‘The finds at Xiamabei are helping us to understand these adaptations and their potential role in human migration.’

Professor Michael Petraglia, of the Max Planck Institute in Germany, added: ‘Our findings show that current evolutionary scenarios are too simple, and that modern humans, and our culture, emerged through repeated but differing episodes of genetic and social exchanges over large geographic areas, rather than as a single, rapid dispersal wave across Asia.’