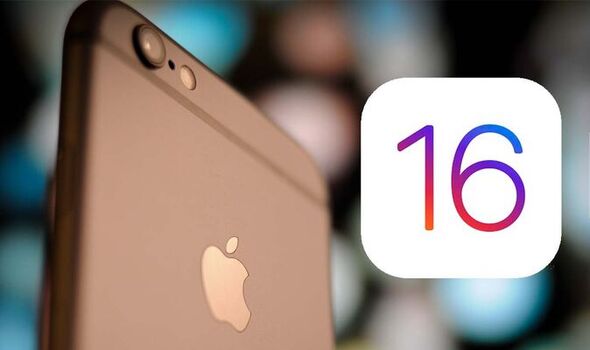 Apple looks set to announce iOS 16 at WWDC next week. Rumours are swirling around what iOS 16 will bring to the table, with notable Apple insider Mark Gurman saying the patch will be a “fairly significant” upgrade that boasts features such as support for an always on display for the iPhone 14 Pro and Pro Max. However, the specs required for the iOS 16 upgrade could lead to a number of iPhones being unable to download the patch this year.

While it hasn’t been confirmed by Apple it’s been speculated the iPhone 6S, 6S Plus, first-gen iPhone SE and the iPhone 7 may not be eligible for iOS 16.

These devices are currently the oldest supported by iOS, but if these quartet of handsets lose access to iOS 16 age isn’t the only factor.

Mac Rumors speculated that iOS 16 could require 3GB of RAM as well as the A10 chip or newer.

If that’s the case it would mean the iPhone 7 Plus would be the oldest iPhone capable of supporting iOS 16.

These kind of requirements could also lead to a number of iPads not being able to support iPadOS 16.

Devices that may not be able to upgrade to the new version of iPadOS include the iPad Air 2 and iPad mini 4.

Anyone that is wondering whether they’ll have to upgrade their iPhone or iPad thankfully won’t need to wait long to find out for certain.

WWDC 2022 takes place on Monday June 6 with all the action from Cupertino being streamed online from 6pm UK time.