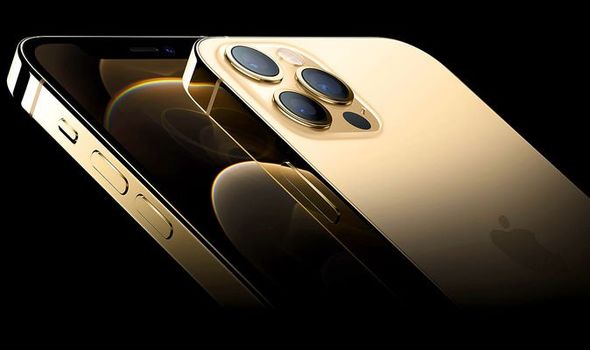 Apple announced its latest iPhone models during an online-only event on October 13. Four new smartphones were unveiled – the iPhone 12 Mini, iPhone 12, iPhone 12 Pro and iPhone 12 Pro Max – but only two launched last month. The iPhone 12 and iPhone 12 Pro, which both sport a 6.1inch OLED display and improved rear-facing cameras, launched on October 23. Pre-orders started one week earlier, with those who reserved the handset for in-store pickup able to queue-up outside the following Friday and those who ordered online getting their boxes delivered direct to their door on the same day.

But what about the other two models in the iPhone 12 line-up? Well, Apple has already announced plans to release the iPhone 12 Mini and iPhone 12 Pro Max this month. Like before, pre-orders will go live one week before the first deliveries start to drop through letterboxes, or the Apple Stores open their doors for those who want to collect in-store and get a guided set-up, or trade-in an older device.

According to Apple, iPhone 12 mini is the smallest and lightest 5G smartphone currently on the market. It has a 5.4inch Super Retina XDR display – that’s Apple marketing talk for “OLED” – squeezed into a frame that’s slightly smaller than the iPhone SE (2020), which uses the same chassis as the iPhone 6, iPhone 7 and iPhone 8. As such, this is easily the most pocket-able iPhone in years. Due to the diddier frame, the battery cell in the iPhone 12 mini is smaller than every other model in the iPhone 12 line-up. If you want endless battery life, it’s probably not the handset for you. 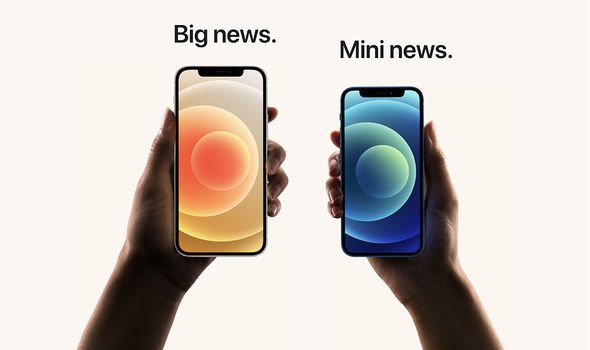 Elsewhere, everything else about the iPhone 12 mini is almost identical to the iPhone 12 – it has the same edge-to-edge display, Face ID facial recognition, speedier wireless charging with the new MagSafe accessory, cameras with improved low-light performance, and the Apple-designed A14 Bionic, which is the fastest system-on-a-chip available in any smartphone right now. iPhone 12 mini starts from £699 for 64GB of non-expandable storage. It’ll cost an extra £50 to double that to 128GB.

Things get a little more complicated when it comes to the iPhone 12 Pro Max. It has the biggest display ever shipped on an iPhone, measuring 6.7inches. Elsewhere, it has the same supercharged A14 Bionic chipset under the bonnet, Face ID facial recognition scanner, fast wireless charging via the magnetic MagSafe accessory, and 5G support.

However, Apple has added a few extra photography tricks which are exclusive to the rear-camera fitted to the iPhone 12 Pro Max. Unlike the three other models in the iPhone 12 line-up, the Pro Max has a new ƒ/1.6 aperture wide-angle camera with a 47 percent larger sensor with 1.7μm pixels for a massive 87 percent improvement in low-light conditions.

To remove hand-shakes – especially when trying to hold the shutter open for as long as possible to eke as much light from a gloomy scene – Apple engineered a new stabilising solution that moves just the sensor, keeping it even more steady than before. Known as a sensor-shift OIS, Optical Image Stabilisation, Apple says the whole system on the iPhone 12 Pro Max is “a game changer.”

It also includes the expansive Ultra Wide camera and a 65 mm focal length Telephoto camera for increased flexibility with closer shots and tighter crops. Combined, this system offers 5x optical zoom range – more than any other smartphone in the iPhone 12 or iPhone 12 Pro range.