Apple has set a date of September 14 to reveal its new line of iPhones, sending invitations to media for an online stream from its home base of Cupertino, California. In Australia, the video will be broadcast next Wednesday, September 15 at 3am AEST.

Alongside a series of iPhone 13 smartphones, Apple is expected to have new less expensive AirPods, a new line of Apple Watches, new Mac computers and new iPads on its slate. But it may be planning more than one event during the remainder of the year, so this next presentation may focus mainly on the phones. 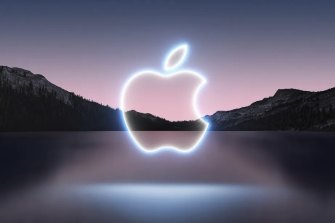 Part of the invitation Apple has sent out to media.

The image and tagline accompanying the invitation — which are generally used to give cheeky hints about what’s in store — are potentially even more of a Rorschach test than usual, with just a dusky mountainous skyline, white neon Apple logo and the phrase “California Streaming”. But we can still make some stabs at hidden meaning if we try.

The post-sunset imagery could allude to improvements in night-time photography, or even an astrophotography feature as seen on Google’s smartphones, although there are no stars visible in the image. The sky could also be a reference to the much-rumoured satellite feature that would let iPhones make (emergency) calls even when you’re not in range of a mobile network.

As for the glowing logo, there have been rumours that iPhones will finally get an “always-on” screen like Android devices, which typically use white text and images.

The spring product season is critical for Apple, with analysts estimating that the company will generate $US120 billion ($162 billion) in revenue during the holiday quarter. That would be an all-time record.

The new iPhones are expected to have the same 5.4-inch, 6.1-inch and 6.7-inch screen sizes as last year’s iPhone 12, but the devices are rumoured to include camera upgrades like a video version of Portrait mode, support for the higher-quality ProRes video recording resolution and more advanced filters system. Also coming to this year’s models are faster A15 processors, a smaller cutout at the top of the screen and display improvements like a faster refresh rate.

Meanwhile new Apple Watches will feature the first redesign to the product since the Series 4 in 2018, according to reports. The new models are said to have flatter edges and displays, in addition to a sizeable increase to the screen sizes. They’ll feature 41-millimetre and 45-millimetre cases, up from 40 and 44 millimetres.

But the watches have reportedly faced production snags, which could result in shortages.