Apple is readying a series of bundles that will let customers subscribe to several of the company's digital services at a lower monthly price, according to people with knowledge of the effort.

The bundles, dubbed "Apple One" inside the Cupertino, California-based technology giant, are planned to launch as early as October alongside the next iPhone line, the people said. The bundles are designed to encourage customers to subscribe to more Apple services, which will generate more recurring revenue. 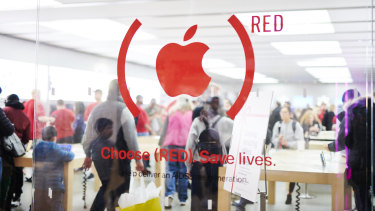 There will be different tiers, according to the people, who asked not to be identified discussing private plans. A basic package will include Apple Music and Apple TV+, while a more expensive variation will have those two services and the Apple Arcade gaming service. The next tier will add Apple News+, followed by a pricier bundle with extra iCloud storage for files and photos.

Apple's plans, and the structure of the bundles, may change. But the goal is to offer groups of services at lower prices than would be charged if consumers subscribed to each offering individually. An Apple spokesman declined to comment.

The initiative is a major bid by Apple to achieve the same loyalty that Amazon.com has won with its Prime program, which combines free shipping with video streaming and many other services for an annual or monthly fee. This bundle is the bedrock of Amazon's success and has been mimicked by other companies before with mixed results.

Apple has no e-commerce delivery and warehouse network like Amazon's, however it has hundreds of millions of ardent hardware customers who have already embraced some of its digital subscriptions. The iPhone and iPad will suggest different packages to users based on which Apple apps and services they already use. This feature will come later this year as part of iOS 14, the next software update for Apple's devices.

The company is also developing a new subscription for virtual fitness classes that can be used via an app for the iPhone, iPad and Apple TV, the people said. That service will be offered in a higher-end bundle with the rest of Apple's services. Codenamed "Seymour," the workout package would rival virtual classes offered by companies including Peloton and Nike, according to the people.

Peloton shares slipped in premarket trading following the announcement, but gained about 1 per cent to $US65.02 after the market opened. Apple rose 1.5 per cent.

The new bundles will be geared toward families, meaning they will work with Apple's Family Sharing system that provides access to as many as six people for each service. The offerings are designed to save consumers about $US2 to upwards of $US5 a month, depending on the package chosen. For example, if a family subscribes today to all of Apple's major services plus the highest iCloud storage tier, that would cost about $US45 a month. A new bundle could knock more than $US5 off that. 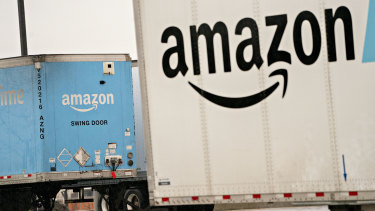 Amazon Prime has been a success for the tech giant. Credit:Bloomberg

This approach is likely to be applauded by Wall Street, which craves businesses that generate reliable revenue streams. However, there's also a risk of confusing consumers with multiple subscription choices. This hampered the launch of the HBO Max streaming service, which was introduced this year alongside existing offerings HBO Go and HBO Now.

The initiative is being spearheaded by Peter Stern, a top lieutenant to Eddy Cue, Apple's longtime services chief. Bloomberg News reported last year that Apple was targeting a bundles launch in 2020.

At first, Apple doesn't plan to integrate the bundles with services such as AppleCare support or monthly payment plans for hardware like the iPhone or Mac. Earlier this year, as part of the Apple Card, Apple started offering monthly payments with no interest for several of its devices.

In addition to the services bundles, Apple is planning new software and hardware bundles, including giving buyers of the Apple TV set-top box a free year of Apple Arcade. That would follow a free year of TV+ offered to those purchasing new Apple devices.

The company signalled the possibility though when it included a provision in deals with publishers participating in News+ that said the service could eventually be bundled with other services.

For years, analysts and investors have called for Apple to mimic Amazon's Prime approach. Some of Apple's newer services, including News+ and TV+, have started slowly. By bundling them at a discount with more popular services, usage and subscriptions could increase.

Apple's services segment is one of the company's fastest growth areas and has become a $US50 billion-a-year business. While services like those for advertising and AppleCare were down in recent quarters due to the impact of COVID-19, digital offerings like the App Store, iCloud and video products set records.