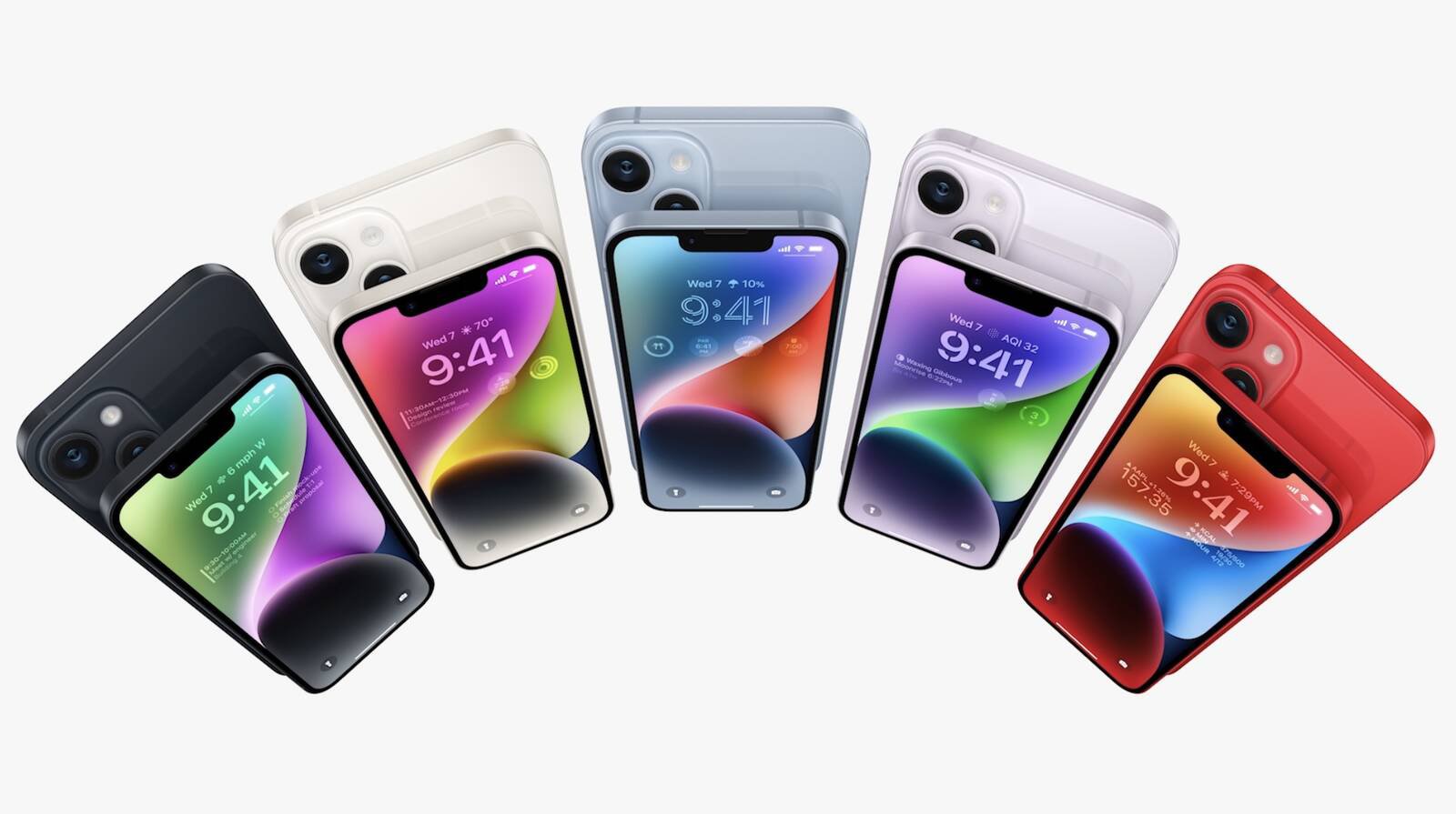 Apple has announced several new products, including the iPhone 14 and iPhone 14 Pro, with a virtual showcase.

The Silicon Valley tech giant also took the wraps off a brand new model of Apple Watch with a slick pre-recorded video.

The company has chosen to announce products this way since Covid-19 put a stop to in-person gatherings.

Through a series of presentations from various executives, including CEO Tim Cook, Apple showcased a range of new iPhone 14 models capable of sending a call for help via satellite during an emergency.

The company said it put together a system that will work with emergency responders during emergencies in remote areas.

It also said that, in some situations, users will be able to use its FindMy app to share their location via satellite when they have no other connectivity.

Unlike previous years, Apple dropped the mini model in favour of a larger version of the iPhone 14, called the iPhone 14 Plus.

Both devices come in a choice of five colours and will be available to pre-order on Friday, 9th September.

‘Our customers rely on their iPhone every day, and iPhone 14 and iPhone 14 Plus introduce groundbreaking new technologies and important safety capabilities. With the new, larger 6.7-inch display on iPhone 14 Plus, users can enjoy more content onscreen when browsing the web and even more text,’ said Greg Joswiak, Apple’s senior vice president of Worldwide Marketing.

‘Both phones have a powerful new Main camera with a huge leap in low-light performance, advanced connectivity capabilities with 5G and eSIM, and the incredible performance of A15 Bionic, which helps enable even better battery life.

‘All of this, tightly integrated with iOS 16, makes iPhone more essential than ever.’

Alongside the regular iPhone models, Apple also announced the ubiquitous ‘Pro’ versions, with upgraded cameras and a few special features to tempt customers to pay a little bit more.

The iPhone 14 Pro and iPhone 14 Pro Max, feature a new, always-on display and a more powerful processor: the Apple A16 Bionic. The Pro and Pro Max offer the standard 6.1-inch and 6.7-inch screen sizes, but the customary notch has been replaced by a pill-shaped cutout for the front-facing camera.

The main difference though, as usual, is the camera performance. Apple has bumped the Pro models up toa 48-megapixel main camera that offers a boost to low-light photography.

As with the standard iPhone 14, the Pro models will be available for pre-order on Friday, 9th September.

Ben Wood, chief analyst at CCS Insight, commented: ‘The investment to add satellite capability should not be underestimated. It will likely have taken Apple years to put all the pieces of the puzzle in place including a commercial agreement with satellite provider Globalstar and the creation of the infrastructure needed to pass messages to the emergency services.

‘Rather than the strapline of “Far Out” for this event, Apple could have said “We’ve Got Your Back.” Introducing features such as crash detection, emergency satellite messaging, enhanced health capabilities and more, it builds on its already established reputation for security and privacy.’

The Ultra has a bigger battery to last through events like triathlons and better waterproofing and temperature resistance to operate in outdoor environments, as well as better GPS tracking for sports.

‘Inspired by explorers and athletes from around the world, we created an entirely new category of Apple Watch designed for new and extreme environments — it’s the most rugged and capable Apple Watch yet,’ said Jeff Williams, Apple’s chief operating officer.

‘Apple Watch Ultra is a versatile tool that empowers users to push their boundaries with adventure, endurance, and exploration.’

The new Watches include an upgraded budget model called the SE and a Series 8 Watch with crash detection and low-power mode for 36 hours of battery life.

Apple said the new Series 8 watch has a temperature sensor that will work in conjunction with its previously released cycle tracking app to retroactively detect ovulation.

The company emphasised the privacy approach of its cycle tracking. Privacy and reproductive health data has become a focus for tech companies in the wake of the US Supreme Court decision that ended a constitutional right to abortion in the country.

Apple said it does not have the key to decrypt health data such as cycle tracking.