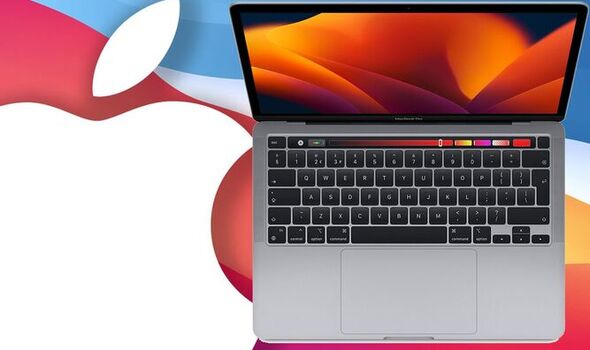 Although not confirmed by the US technology giant, it’s thought that future laptops from the firm could include one giant screen that folds in half. It sounds a little bit like the current range of bendy Flip and Fold smartphones that Samsung has been producing over the past few years. This new design would allow users to own a device with a massive 20-inch panel that, once collapsed, would then be small enough to pop in a standard bag.

To make this huge screen possible, Apple would clearly need to rethink the keyboard with reports suggesting that future MacBooks will feature iPhone-style touch keys rather than the physical buttons found on current models.

We’re also guessing this expansive display could make it easier to multitask as there would be more room to use applications side by side.

According to a report by the Korean website The Elec, Samsung could help this new MacBook become a reality with the tech giant already leading the way when it comes to producing flexible panels.

Of course, this is simply a rumour right now and there’s no word on when or if Apple will actually release a completely refreshed MacBook series.

Some experts are speculating that consumers may see some dramatic changes in around three years’ time although Apple remains usually secretive about its plans for the future.

Unlike Samsung and many other firms such as Motorola and Huawei, Apple is yet to release any products with foldable displays but with their popularity beginning to boom that might not be the case for very much longer.

It’s thought that the iPad mini may also get this makeover in the future and there’s always a chance we might see a flippable iPhone at some point.

We will have to wait and see exactly what Apple has in store for its in-demand devices but watch this space as things certainly look exciting.

Of course, if you don’t want to wait until 2026 for a new bendy MacBook then don’t panic as Apple is expected to release more new laptops next year.

It’s likely that the 14 and 16-inch MacBook Pro devices will get a boost thanks to Apple’s latest M2 processor and we could also see an update to iMac range.

Finally, the ultimate Mac Pro desktop PC could be rebooted and powered by Apple silicone for the first time.

If Apple does refresh its Mac lineup expect more news to be announced in the spring.