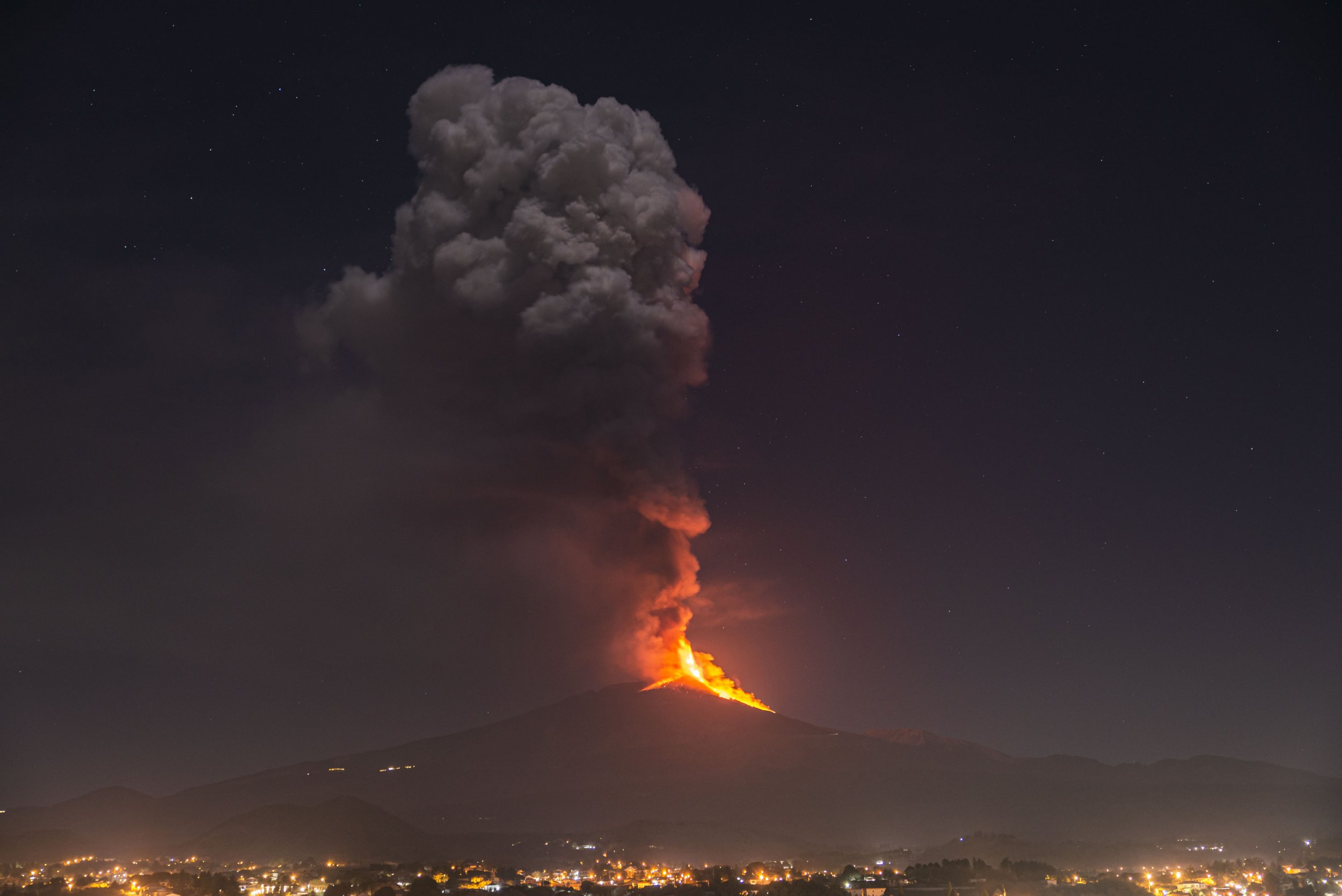 Mount Etna is currently undergoing a series of huge eruptions and has been spewing lava off and on since December.

While the Italian authorities have said the current volcanic eruption doesn’t pose any immediate risk to the surrounding villages, the pictures certainly look terrifying.

And while the lava hasn’t caused any injury or death, the giant plumes of ash and smoke are becoming an inconvenience.

The continued eruptions have forced the temporary closure of Sicily’s Catania Airport – a frequent occurrence when Etna is in an active phase.

Moreover, the residents of nearby Pedara have been put onto an alert status because of the ash. Rocks and debris kicked up into the air by the blast have also come down hard on the nearby settlement.

Alfio Cristaudo, the mayor of Pedara, said: ‘The entire territory of Pedara and all the streets are covered in volcanic ashes and lapillus [volcanic stones],’.

In these recent shots though, it looks more like a volcano from Middle-Earth than southern Europe.