COLOMBIER-SAUGNIEU, France (Reuters) – At his veterinary practice near the French city of Lyon one morning in June, Gilles Renevier prepared to perform a castration on a poodle. When not attending to animals, he turns to his other role: attempting to neuter the expansion ambitions of Amazon.com Inc. 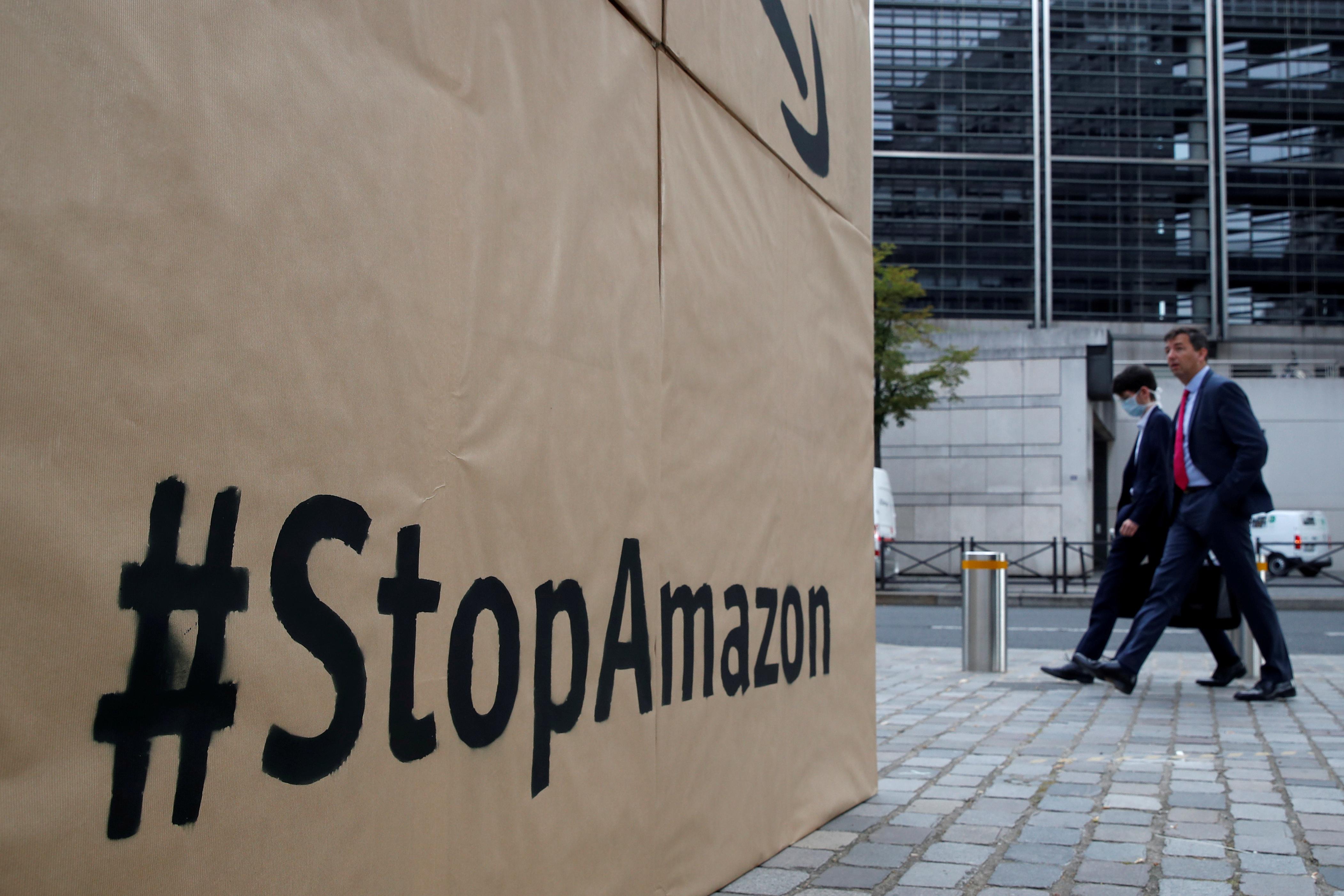 Renevier leads a group of local volunteers that has succeeded in suspending construction at a site that campaigners and a senior local official say is earmarked to become a logistics hub for the online retailer. Building at the site is on hold while a legal challenge the vet helped spearhead makes its way through the courts.

In France, disparate anti-Amazon forces – including local activists, environmentalists, trade unions and members of parliament – are coming together to battle the world’s largest online retailer. In some instances, they have received funding from some of the world’s wealthiest philanthropists. The aim: to stop the e-commerce giant from expanding its presence arguing the U.S.-based company destroys retail jobs, exploits workers and harms the environment – arguments Amazon rejects.

Amazon opponents scored a high-profile victory in April when, following a separate legal challenge brought by trade union workers and backed by environmental lobby group Friends of the Earth, a French court ruled the firm was not adequately protecting its employees from COVID-19. Amazon, which disputed the court’s findings, responded by closing its French warehouses and distribution centres for 35 days. The company has since agreed a deal with unions and re-opened the hubs, but the ruling has emboldened the company’s critics elsewhere – including in the United States.

Renevier, a silver-haired 59-year old, is the unpaid head of a group of local campaigners called Fracture that along with another local group – and with backing from Friends of the Earth – is trying to stop Amazon expanding its footprint in France’s south east. Before dealing with his surgical list that June morning, he stopped by the empty construction site.

The vet, who lives 14 kilometres from the site, said he was concerned about the traffic and pollution an Amazon logistics hub would cause and believed that Amazon promoted a consumerist way of life that was harmful to society.

“How are we going to reduce the pollution when you have a big operation like this, with so many vehicles that are going to be circulating around it?” he said. He added that he didn’t shop at Amazon.com and was trying – so far unsuccessfully – to persuade his adult son to stop doing so.

Amazon representatives declined to comment on whether the firm was connected to the Lyon site or on the activities of the company’s opponents.

The representatives said the company was good for the environment because its distribution model was more efficient than traditional retail, and therefore involved fewer miles travelled and less pollution. They said the company’s business model complements, rather than destroys, bricks and mortar retail and that it works closely with small French firms who use Amazon’s logistics network. They also said the company generates thousands of jobs, directly and indirectly.

France is particularly fertile ground for Amazon sceptics. It is a country that is historically queasy about U.S.-style capitalism, has strong trade unions, and an attachment to the kind of mom-and-pop neighbourhood stores that, in some cases, feel threatened by Amazon.

In addition to legal action, Amazon’s opponents in France are engaging in a range of tactics from direct action that has involved storming the company’s sites and lobbying for legislation to impose a two-year moratorium on distribution sites of the scale that the online retailer operates. France’s new environment minister, Barbara Pompili, last week said she backs a moratorium, without specifying the length.

It’s not the only country where Amazon faces opposition. In Germany, the company’s largest market after the United States, workers at six Amazon sites went on short-term strike over safety during the COVID-19 outbreak. In the United States, Amazon workers in Michigan, New York, Illinois and Minnesota staged walkouts to demand safer working conditions in the epidemic.

Amazon workers filed a case in June against the online retailer in the U.S district court for the eastern district of New York alleging the firm did not adequately protect workers from COVID-19 at a facility on Staten island, New York. Three of the French unions that were involved in the case in France have also asked the US court if they can take part in the New York case, which is ongoing.

The French ruling “sends a significant message to Amazon workers in the United States and everywhere,” said Stuart Appelbaum, president of the Retail, Wholesale and Department Store Union, which itself petitioned the court in the New York case to participate on the side of the Amazon workers.

Amazon has said its distribution centres in France, the United States and elsewhere are safe.

On the U.S. case, Lisa Levandowski, Amazon spokesperson said: “Amazon has a longstanding practice of not commenting on pending litigation.” In a June 30 court filing, Amazon’s lawyers said the plaintiffs’ claims should be dismissed because they were “unsupported by any plausible allegations,” among other reasons.

The company does have supporters in France. Christian Poiret, mayor of a district in northern France where Amazon has a distribution centre, said he fought to attract the online retailer in order to generate jobs in the area. He added that he’s concerned about the actions of the anti-Amazon campaigners because of “the image we’re sending to foreign investors.”

An Élysée official said French President Emmanuel Macron’s administration has not changed its policy: “Amazon’s sites have been welcome and are welcome.”

For Amazon, France offers potential for growth. Amazon has an estimated 19% share of the French business-to-consumer e-commerce market, significantly lower than its 42% share in Germany, according to market researcher Forrester Research.

Amazon doesn’t disclose its French revenues but says the country is a smaller market for the company than the UK and Germany.

The company says it has in the past three years doubled the number of people it directly employs in France to 9,300. That is a faster rate than it has increased its workforce in each of the UK and Germany during the same period. And, Amazon plans to open another big distribution centre in northern France in the next few months, a company representative said.

Amazon is also planning to set up a big distribution centre in Metz, near France’s border with Luxembourg, according to Jean-Luc Bohl, who until earlier this month was mayor of Metz Metropolitan area local government. Amazon representatives declined to comment.

The planned project Renevier is seeking to block is for a 160,000-square-metre logistics hub near Lyon airport.Amazon isn’t named in the planning application, which was submitted by the French arm of an Australian-headquartered property developer called Goodman Group that specializes in building logistics hubs.

But Amazon would ultimately operate the site, say campaigners and David Kimelfeld, who until earlier this month was head of the Lyon Metropolitan area local government, a region that is close to the site. Kimelfeld said he had attended meetings with other local officials where Amazon’s involvement with the project was discussed. Reuters was unable to independently confirm discussion of Amazon’s involvement during the meetings.

Goodman France didn’t respond to a request for comment. Parent company Goodman Group said: “Given there is a case before the courts, we are not in a position to make a comment at this time, other than to say there have been two previous rounds of litigation where we were successful both times.”

Renevier’s Fracture and the other local group filed suits in the Lyon administrative tribunal in 2018 and 2019 alleging irregularities in the planning application, including that Goodman is not the ultimate operator of the hub. The tribunal ruled against the groups late last year, a decision Renevier and his allies appealed in January.

The lawyer representing Renevier’s group in the legal challenge is now being assisted by a lawyer seconded by the Friends of the Earth national headquarters in Paris. Friends of the Earth also campaigned in a municipal election in May against a local mayor who backed the project.

It is part of a broader campaign by the lobby group against Amazon, which it says has created an unsustainable economic model that is harmful for the planet and for humans.Some of the Amazon-related activities of Friends of the Earth are funded indirectly by the European Climate Foundation, which distributes grants on behalf of donors including a Rockefeller family philanthropic fund, Michael Bloomberg, the family foundation of computer mogul William Hewlett and the IKEA founder’s foundation.

ECF’s executive director of strategic communications, Tom Brookes, said the grant was to fund a range of the environmental lobby group’s activities but that the foundation was aware at the time of the award that some money would be used in its Amazon campaign. Brooke added that donors weren’t necessarily aware of where individual grants go.

The lead campaigner on Amazon for the French chapter of Friends of the Earth, Alma Dufour, said most of the ECF’s grant goes towards broader grassroots climate initiatives and the amount spent on targeting Amazon is small. Brooke and Dufour declined to comment on the size of the grant. 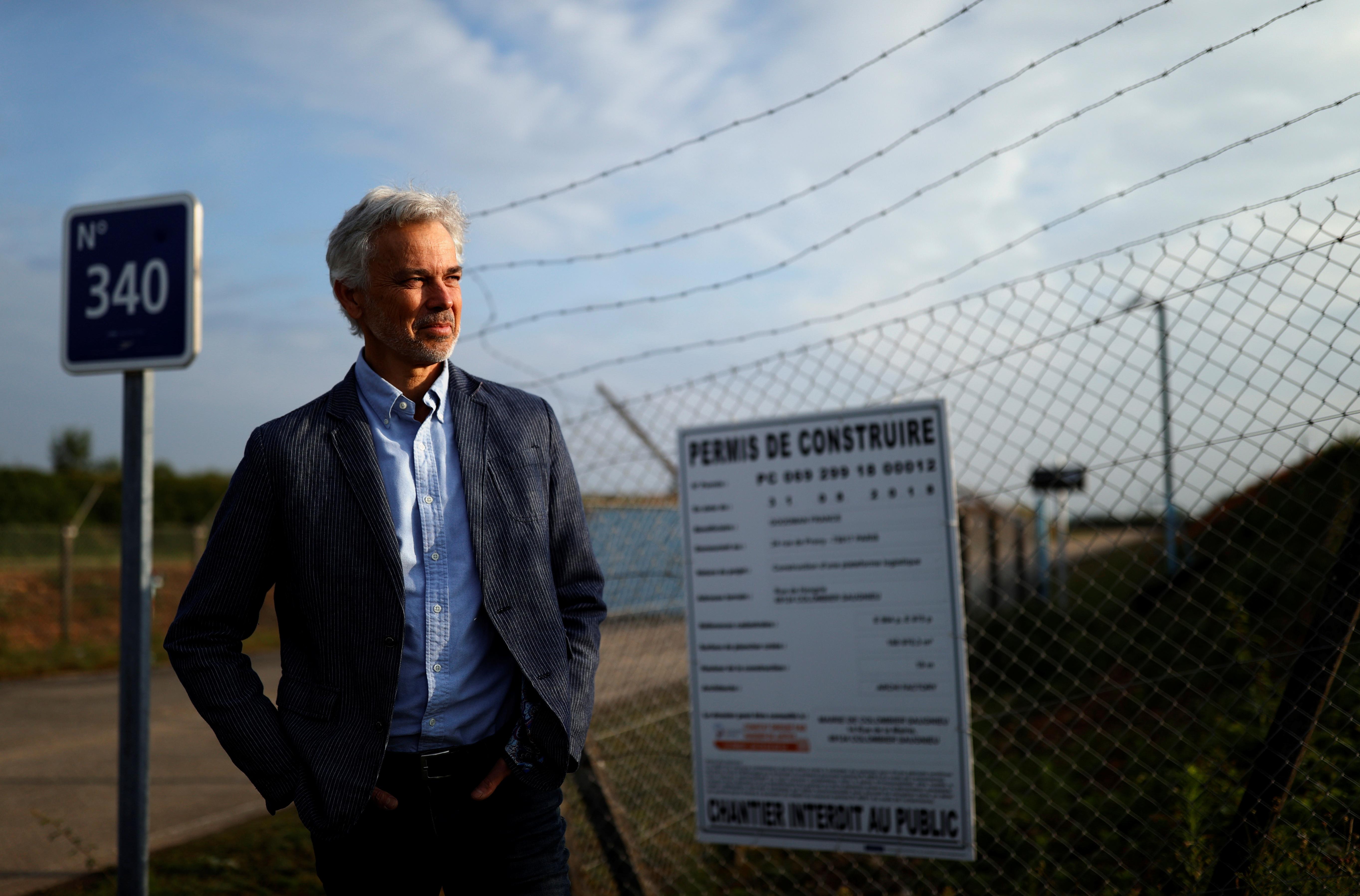 The William and Flora Hewlett Foundation said it provided general support for ECF for its broad mission on climate change, but not specifically for the Amazon campaign. The IKEA foundation said it had a shared mission with ECF relating to the environment but didn’t address specific questions about Amazon. The Rockefeller Brothers Fund and Bloomberg Philanthropies did not respond to requests for comment.

Open Society Foundations, founded and chaired by U.S. billionaire George Soros, said it provided 9,000 euros to the French chapter of Friends of the Earth to support its campaign to protect low-wage and informal workers and small shop owners in the pandemic.

Friends of the Earth said the money was specifically for the Amazon campaign. Open Society referred questions about how the money was spent to the environmental group, but the foundation’s chief communications officer Laura Silber said: “Like any other workplace, Amazon must be held accountable to its workers.” Soros, contacted via Open Society, did not respond to questions about Amazon.