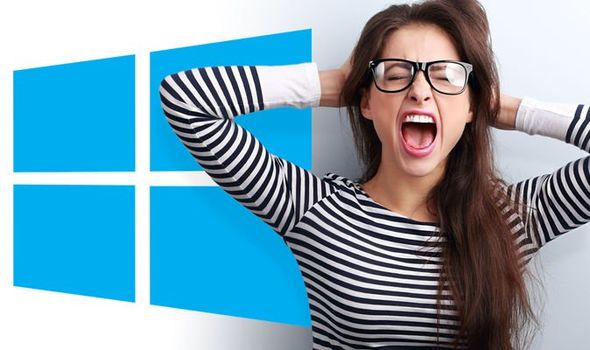 PC owners have had a rough few weeks since the launch of Windows 10 May 2020 Update. The latest version of the operating system, which is used by two billion people worldwide, has caused a truckload of problems – from deleting emails in Gmail, triggering problems with printers, slowing down PCs… the list goes on.

And now, there’s one more to add to the growing list of headaches caused by the Microsoft software.

Windows 10 May 2020 Update, the latest version of the operating system, is breaking OneDrive functionality for some issues. Widespread reports online have now been confirmed as Microsoft admitted the new software has problems with its cloud storage service. OneDrive – Microsoft’s answer to the likes of Dropbox, Google Drive and iCloud – is deeply incorporated into Windows 10.

Issues with OneDrive could leave Windows 10 users without access to important files, something that could cause havoc with those working from home.

And worst of all, the glitch surfaced in some early versions of Windows 10 May 2020 Update during the beta testing phase, but Microsoft clearly never got around to solving it. Beta testing is never perfect, but it should be able to stop major bugs like this – especially when they’re linked with a cloud storage option owned by the company in charge of testing.

MORE LIKE THIS
Google just banned 25 more Android apps, now you need to delete them from your phone 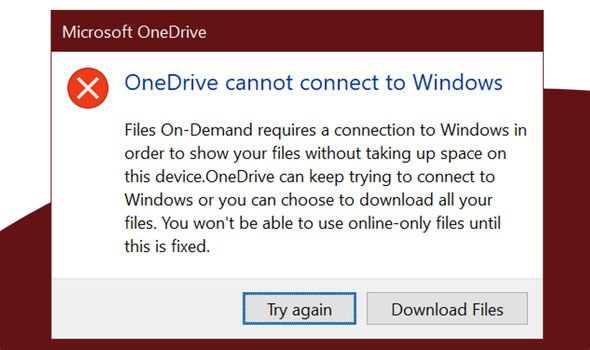 If you’ve been hit by the bug, you’ll be confronted by an error message reading: “OneDrive cannot connect to Windows” whenever you attempt to save a new file, or load an existing one from the cloud-based storage system. Unfortunately, Microsoft doesn’t have a fix right now.

In a statement, the Redmond-based technology firm confirmed it was “working on a resolution and will provide an update in an upcoming release”.

While reassuring, that’s not much help to anyone desperately trying to use OneDrive as part of their workflow each day. Fingers crossed that despite the issues with the beta, Microsoft manages to speedily sort the problem and issue a fix. In the meantime, there is a workaround that does appear to be helping some users get around the issue.

First up, click on the Start button in the left-hand corner of your screen and type the following: cmd.

After the command has run, reboot your machine. And hopefully, that should’ve solved the issue on your PC. Verify Files On-Demand is enabled correctly within the Settings menu, but users report that this workaround does resolve the issue for the time being. We’ll update this article when Microsoft has finalised the final patch.