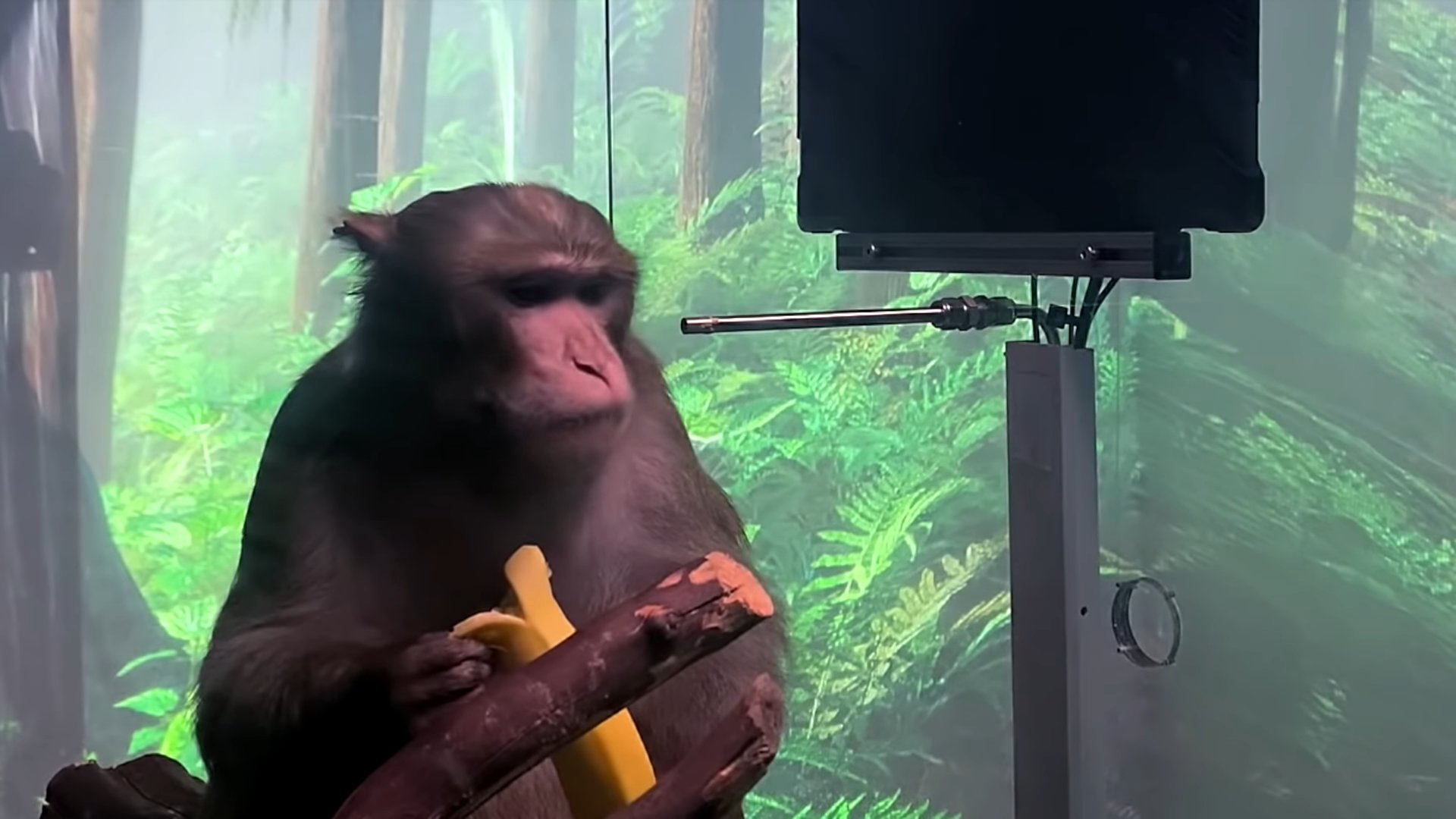 Neuralink, the brain-computer interface company set up by billionaire Elon Musk, is facing legal action from an animal rights group.

The Physicians Committee for Responsible Medicine alleges the company has carried out ‘invasive and deadly’ brain experiments on test monkeys.

Neuralink is seeking to produce a brain implant that could treat or stop neurodegenerative diseases.

Last year, it revealed footage of a monkey playing video games with its mind.

A coin-sized disc called a ‘Link’ was implanted by a precision surgical robot into the monkey’s brain, connecting thousands of micro threads from the chip to neurons responsible for controlling motion.

The complaints over the mistreatment of the animals was directed towards the University of California, Davies, which carried out the work on the monkeys on behalf of Neuralink.

The Physicians Committee says it bases the claim on 600 pages of ‘disturbing’ documents relating to the treatment of the monkeys.

‘UC Davis may have handed over its publicly-funded facilities to a billionaire, but that doesn’t mean it can evade transparency requirements and violate federal animal welfare laws,’ Jeremy Beckham, a research advocacy coordinator with the Physicians Committee, said in a press release.

‘The documents reveal that monkeys had their brains mutilated in shoddy experiments and were left to suffer and die. It’s no mystery why Elon Musk and the university want to keep photos and videos of this horrific abuse hidden from the public.’

The complaint alleges that Neuralink and UC Davis staff failed to provide dying monkeys with adequate veterinary care, used an unapproved substance known as ‘Bioglue’ that killed monkeys by destroying portions of their brains, and failed to provide for the psychological well-being of monkeys assigned to the experiment.

It also says that Macaque monkeys used in the experiment were caged alone, had steel posts screwed to their skulls, suffered ‘facial trauma,’ seizures following brain implants, and recurring infections at implant sites.

The group claims that in some cases, as a result of deteriorating health, Neuralink and UC Davis euthanized monkeys before they were even used in the planned experiment.

A spokesperson for UC Davis told Insider the university ‘acted lawfully’ and ‘fully complied with the California Public Records Act in responding to their request’ for information on the experiments and contract.

‘Animal research is strictly regulated, and UC Davis follows all applicable laws and regulations including those of the US Department of Agriculture.’

Metro.co.uk has contacted Neuralink for a comment and we will update this article if and when we receive a response.