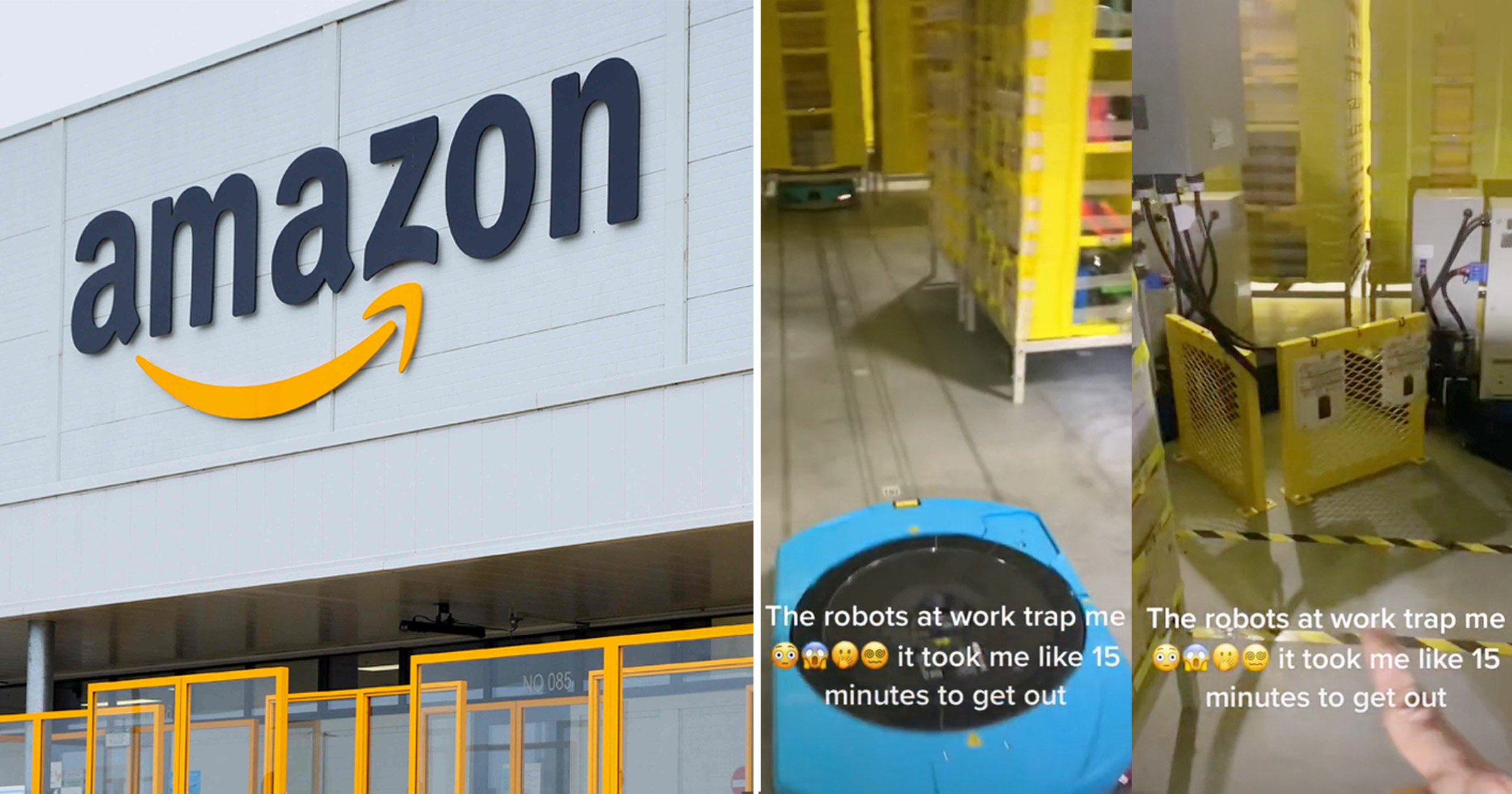 An Amazon has outlined a common office problem: being trapped by robot shelves as you’re trying to get out.

Well, perhaps it doesn’t happen to everyone, but given Amazon’s investment in automation and efficiency, we probably should have seen this coming.

The employee shared his experience on TikTok under the username Robotman77.

And, naturally, the video has racked up over 700,000 views and garnered its fair share of amusing comments.

‘The robots at work trap me…it took me like 15 minutes to get out,’ Robotman77 captioned the video as it shows him walking around the warehouse.

Like something out of a horror movie, the shelves move to block his path.

‘They tried to block me in. These pods are messing with me,’ he says in the video as one of the yellow shelves move again.

The yellow plastic robots make it difficult for our hero to traverse the floor and work between the stations.

Thousands of comments were left on the video, with viewers likening the shifting walls to films like The Maze Runner and Harry Potter.

‘Bro boutta [sic] find the tri wizard cup in there,’ one person wrote.

‘Five Nights at Amazon,’ wrote another.

Globally, Amazon has deployed hundreds of thousands of robotic drive units to its warehouses in recent years.