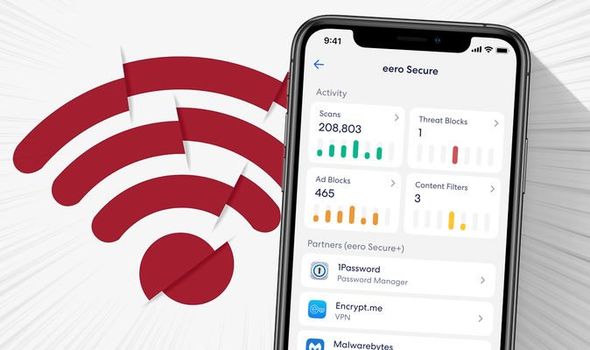 Amazon has unveiled its latest entry into the popular Eero lineup this evening, dubbed Eero Pro 6. The new model, which will be available to order from Amazon tomorrow morning, brings the faster Wi-Fi 6 standard to this handy mesh system as well as better performance and wider coverage for gadgets across your home and garden.

For those not familiar with the idea of a mesh Wi-Fi system, in a nutshell, it replaces the single plastic router that was sent by your broadband supplier with multiple smaller nodes dotted around the house. Rather than every device having to grapple onto the Wi-Fi signal coming from the back of a cupboard where you’ve stashed your router… they can connect to a node that’s much closer and, better yet, can jump between these nodes as if you move the device to another location – from upstairs to downstairs, for example.

All of this happens in the background. From the Settings app on your smartphone, it’ll still look as if you have a single Wi-Fi network. But behind the scenes, the Eero nodes are intelligently shuffling devices around as you move about your house so that you’re always connected to the node closest to you for the strongest Wi-Fi signal.

It also means devices will be distributed evenly across the network, so you can have more devices connected to the Wi-Fi without sacrificing reliability or speed.

Each Eero 6 Pro node can support more than 75 devices simultaneously. If you buy the three-pack on-sale from Amazon, you’ll be able to connect an astonishing 225 Wi-Fi-connected gadgets in your home without issue.

It’s not just Wi-Fi though, each Eero 6 Pro boasts two Ethernet ports so you can hardwire an internet connection to a couple of gadgets if you have one of the nodes under your desk or hidden behind a media unit in your living room.

In terms of coverage, Amazon claims that a single Eero Pro 6 is capable of distributing Wi-Fi up to 190 m². A three-pack is enough to cover up to 560 m², which should be more than enough to extend throughout a garden, across multiple floors, and more. It’s worth noting that Eero Pro 6 is backwards compatible with all previous Eero generations, so you can use these new powerful models to expand an existing Eero network, or mix-and-match generations of Eero devices to create a custom system.

In other words, if you already own an Eero system, it might be worth buying a single Eero 6 Pro to expand your network and offer faster Wi-Fi speeds in some areas of your network, rather than replacing the entire set-up.

Amazon says the support for Wi-Fi 6 in the new Pro mesh system means it can support faster speeds, offer higher performance, and boast better coverage for simultaneously connected devices than Wi-Fi 5, which was found on its predecessor. All Eero devices rely on a technology called TrueMesh which is designed to intelligently route network traffic and help reduce congestion, buffering and drop-offs so you can stream 4K content, play games, and video conference without issue.

Eero 6 Pro arrives with a built-in Zigbee smart home hub, so you won’t need to worry about using a separate bridge for your Philips Hue smart lights, or a number of other gadgets that usually require a separate device to be plugged into your Wi-Fi router at home. This should save on some clutter in your cupboard. Zigbee is a standard used by Amazon and a number of other smart home manufacturers.

Want to watch the latest films and get special offers from Amazon Prime? There’s no need to pay the full £79 a year membership. Sign up for a 30-day trial to access all the deals, stream on Prime Video, and listen to unlimited music on Amazon Music! Better yet, you can cancel anytime during the trial and you won’t be charged a penny