Amazon has launched its first Smart TV, but unfortunately, it’s not available in the UK quite yet. Marketed under the AmazonBasics brand, the US retail firm is selling two models, 50-inch and 55-inch, in India. The telly will be powered entirely by the Fire TV software that currently powers Amazon’s aftermarket solutions, like the Fire TV Stick and Fire TV Cube.

Those who want to buy a telly powered by the Fire TV software in the UK currently need to buy a set from a third-party manufacturer that has partnered with Amazon. In the UK, that means you’ll have to buy a “Fire TV Edition” from JVC. If you don’t fancy one of their panels, you can also buy a sounder from TCL, which brings 2.1 channel audio to your next movie night-in, but also provides all the smarts to access streaming apps, like Netflix and Disney+.

What makes the AmazonBasics Fire TV Edition stand out is that it’s designed and built entirely by Amazon. It joins a number of technology firms now looking to expand into the living room, with the likes of Nokia and OnePlus already releasing Smart TVs in India. In terms of features, the AmazonBasics has ticked all the boxes we’d expect at its price range. That means you’ll get a 4K Ultra HD-compatible panel with support for HDR10 too. There’s also Dolby Vision support baked in too.

That means you’ll be able to get the best picture regardless of whether you’re streaming from Prime Video, which supports the HDR10 standard, or Disney+ and Apple TV, which have thrown their weight behind Dolby Vision. 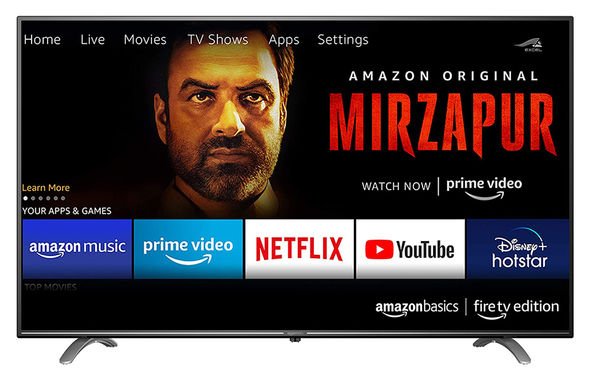 Both TVs ship with an Alexa voice remote, exactly like the one bundled with the Fire TV Stick and Fire TV Cube. That means you’ll be able to rely on the AI assistant to switch between HDMI inputs, change channels, adjust the volume, and pause the action on-screen. Of course, Alexa is still able to handle all the same requests that you’d usually throw at an Amazon Echo smart speaker too, so you’ll be able to ask for the latest headlines and weather updates, as well as ordering takeaways and taxis.

Interestingly, the newly-announced Fire TV is powered by Fire OS 7 — not the completely redesigned version of the interface currently rolling out to Fire TV Stick owners across the UK. However, we’d wager that will change in the near future. The latest update to Fire TV software brings up to six separate profiles for individual recommendations, as well as shortcuts to some of your favourite apps as soon as you pick up the remote. 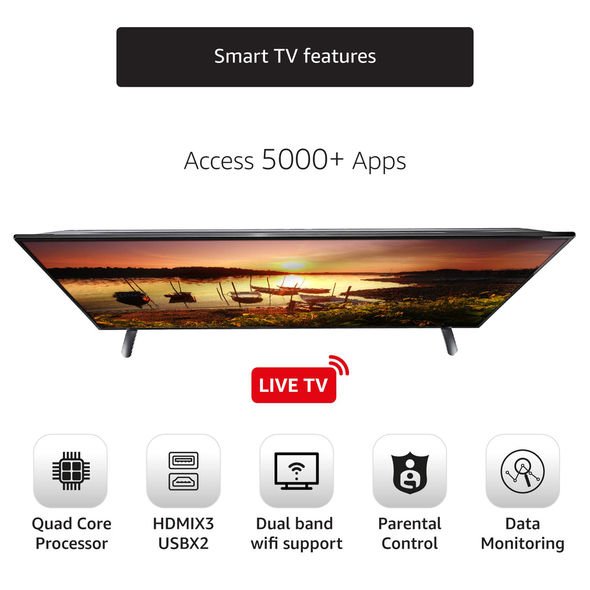 According to AFTVnews, Amazon already has plans to add three more models to its roster of Amazon-branded TVs, including two smaller and more affordable 1080p and 720p models. Whether Amazon decides to bring its AmazonBasics tellies to the UK anytime soon remains to be seen.

The news comes as Amazon achieved a major milestone – reaching 50 million customers with its Fire TV software. That makes it one of the biggest players in the TV market – bringing a huge selection of streaming apps and games to anyone with a spare HDMI port on the side of their telly.