The two employees had publicly pushed the company to reduce its impact on climate change and address concerns about its warehouse workers. 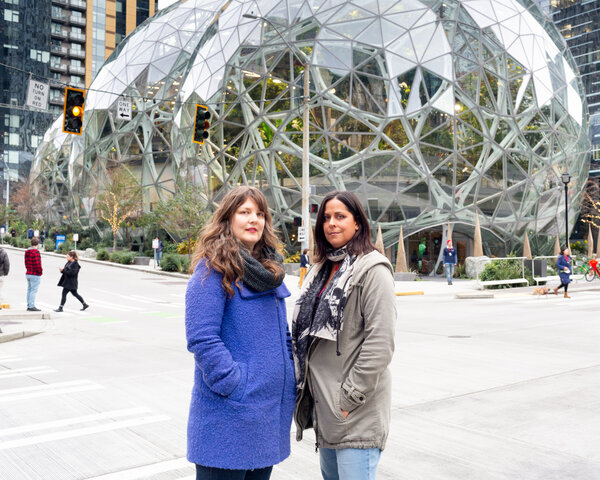 SEATTLE — Amazon illegally retaliated against two of its most prominent internal critics when it fired them last year, the National Labor Relations Board has determined.

The employees, Emily Cunningham and Maren Costa, had publicly pushed the company to reduce its impact on climate change and address concerns about its warehouse workers.

The agency told Ms. Cunningham and Ms. Costa that it would accuse Amazon of unfair labor practices if the company did not settle the case, according to correspondence that Ms. Cunningham shared with The New York Times.

The two women were among dozens of Amazon workers who in the last year told the labor board about company retaliations, but in most other cases the workers had complained about pandemic safety.

“We support every employee’s right to criticize their employer’s working conditions, but that does not come with blanket immunity against our internal policies, all of which are lawful,” said Jaci Anderson, an Amazon spokeswoman. “We terminated these employees not for talking publicly about working conditions, safety or sustainability but, rather, for repeatedly violating internal policies.”