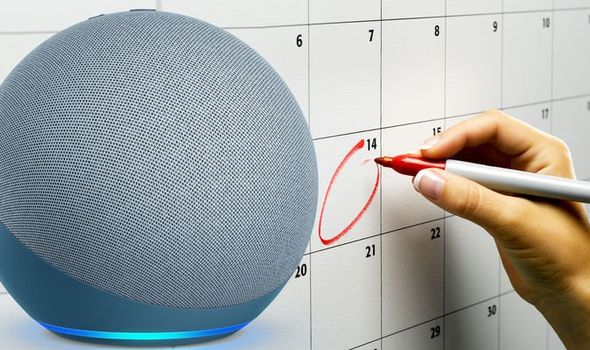 Talkative AI assistant Alexa, which powers the hugely-popular Amazon Echo smart speaker range, has gained a new ability. The handsfree helper can now let you know when important world events, sporting fixtures, bank holidays and more will feature on the calendar. The new capability means you don’t have any excuse for forgetting to buy your significant other a Valentine’s Day card, or sending some flowers on Mother’s Day.

Alexa, which is developed by Amazon and can be found in a wide range of gadgets – from car infotainment systems to microwaves, tablets to smart speakers, is already pretty capable at keeping things organised. Using the Alexa companion app on your iPhone or Android smartphone, you can pair a number of popular calendars, including Google Calendar, so the smart assistant can tell you about upcoming appointments and reminders. You can also use Alexa to add appointments to your schedule.

And now, thanks to the latest tweak, you can check when an important date is on the horizon. Combined with the ability to modify your digital calendar, Alexa users will be able to ask their Amazon Echo to set reminders based on these answers – for example, if you know that Tottenham are playing next Saturday, you might want Alexa to remind you to buy some more beers and crisps the day before.

Cleverly, Alexa will automatically remind you about the event – in the above example above, that “Tottenham will be playing later today” on the morning of the day itself – without any extra prompt.

To take advantage of the latest update, Amazon Echo owners only need to say “Alexa, tell me when…” followed by an event, like a sports team playing its next game, a new episode of your favourite TV show airing, or an upcoming holiday. Amazon has worked hard to localise its answers, so you’ll be able to ask about UK air dates for shows, release dates for movies, and UK bank holidays.

Here are a few examples to test right now:

The news comes as Amazon finally opened pre-orders for its all-new Echo Show 10, which was announced during its annual hardware showcase back in September 2020. The Alexa-enabled gadget sports a touchscreen to provide some extra details not given out-loud in Alexa’s answers and a camera for video calls. Unlike previous entries in the Show series, the new Show 10 has a motorised neck that can pivot the screen to follow the sound of your voice. As you speak to Alexa, the touchscreen swivels so that it’s always facing you – so you can see the information on it.

It also means you’ll always be in-frame when on a video call with a friend or family member using the Echo Show 10.