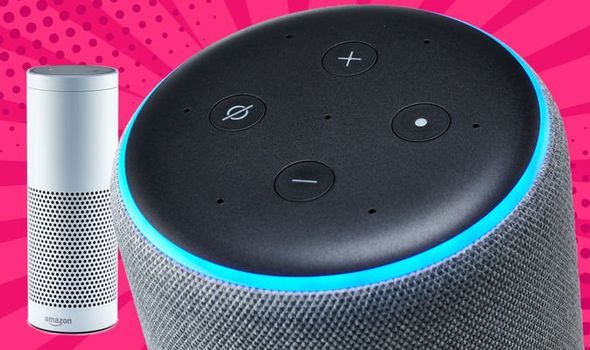 Amazon Echo owners will be able to listen to exclusive podcasts from Amazon Music for the first time. Of course, it has been possible to tune-in to podcasts on Amazon Echo smart speakers for a little while now, but the feature has been limited to third-party services, like Spotify. Either that, or Alexa fans would need to connect to their Echo via Bluetooth and stream the podcast audio from their smartphone or tablet.

Popular podcasts like Sh**ged.Married.Annoyed. with Chris & Rosie Ramsey, No Such Thing as a Fish, Off Menu with Ed Gamble and James Acaster, Stories of our times, LuAnna: The Podcast, Casefile True Crime, Real Dictators and The Girls Bathroom are available to listen on-demand. These can be streamed using the Amazon Music app on your iPhone, iPad, Android smartphone and tablet, or Amazon Fire tablet.

Millions of episodes from other hugely-popular shows are being added to the library all the time, Amazon says. So, if your favourite podcast isn’t listed as available right now, it might be worth checking back in a few weeks. 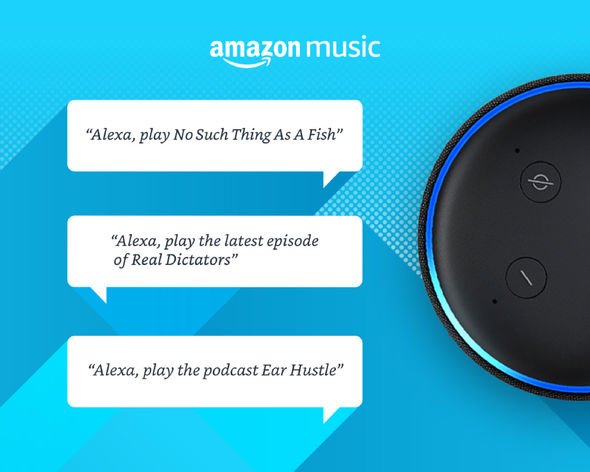 Amazon Music will also soon be the exclusive home of the music-meets-true-crime podcast, Disgraceland. According to Amazon, this all-new audio show will explore the criminal antics and connections with some of the world’s favourite musicians, from the Rolling Stones to Tupac.

Disgraceland’s narrative storytelling is about “musicians getting away with murder and behaving badly” and chronicles some of the craziest criminal stories surrounding some of the most interesting and infamous pop stars. Disgraceland will arrive exclusively on Amazon Music in February 2021.

“Partnering with Amazon Music allows me to really give my listeners what they’ve always asked for: more Disgraceland content,” said Jake Brennan, host of Disgraceland and cofounder at Double Elvis Productions. “Through this partnership with Amazon Music, we’re enhancing the future of the show for fans, expanding our output of content by moving to an ‘always on’ weekly schedule, which will translate to more episodes for listeners on a more consistent basis.”

And Disgraceland isn’t the only exclusive show coming to the Amazon-branded service. New and original podcasts rooted in music and entertainment will soon become from the likes of DJ Khaled, Will Smith, Dan Patrick, Becky G, and more.

If you’ve got a few Alexa-enabled devices in your home, or your car uses the Amazon-built AI assistant, the addition of podcasts should make it much easier to resume an episode with a simple voice command. According to Amazon, “only with Amazon Music can customers ask for the latest episode of their favourite show on Echo Auto during their morning commute, resume playback on their phone while working out, and seamlessly move to their Echo device when getting home – just by asking Alexa, with no additional sign in or device linking needed.”

“We’re thrilled to offer customers a convenient podcast listening experience that fits their lifestyle,” said Kintan Brahmbhatt, Director of Podcasts for Amazon Music. “Never before has listening to podcasts on the move, in the car, or at home been so simple. Our customers will be able to utilise the voice functionality they know and love with music, to now enjoy a superior podcast experience and uncover a brand-new selection of favourites.”

Of course, Spotify is also increasingly looking to podcasts to differentiate itself from music streaming rivals, including Amazon Music, Apple Music, Deezer, TiDAL, and more. Spotify boasts a number of popular exclusives, including The Joe Rogan Experience. It also recently acquired two vast podcast networks – Gimlet Media (known for Reply All) and Parcast (a true-crime and mystery network).

In contrast, Apple Music seems to be relying on its network of live radio stations – with presenters including Zane Lowe, Elton John, Kelleigh Bannen, Rebecca Judd, Shania Twain and others. It also benefits from being the default music app in iOS (something that cannot be changed by iPhone owners) and being bundled as part of the newly-announced Apple One subscription.