Now could be a good time to treat yourself to a new Amazon Echo. That’s because Amazon has just announced a great sounding deal, which not only includes its hugely-popular Dot smart speaker but also two months of free music streaming courtesy of Amazon Prime Music.

Amazon Prime Music also costs £9.99 per month so this all adds up to being quite a big saving.

Of course, there’s a reason why Amazon is offering such a big discount as it hopes you’ll carry on paying for Prime Music once the offer of two months free comes to an end. You can cancel the subscription but it’s worth noting that, if you forget, you instantly begin paying the £9.99 per month every month until you unsubscribe to it.

If this deal is something that sounds enticing then you can find full details here.

That Echo offer isn’t the only deal available on these popular smart speakers. 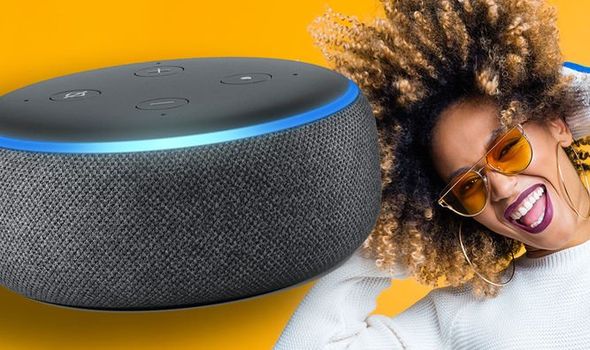 Amazon currently has a number of other discounts available including money off the standard Echo which is now dropped in price from £89.99 to just £69.99. This speaker is much more powerful than the Dot so is an ideal option if you want to fill a larger room with audio.

If you want a device with a screen then there’s currently money off the Echo Show 8 which now costs £89.99 rather than the original price of £119.99.

The Echo Show 8 allows you to make video calls, watch content and even sing songs via its karaoke-style lyrics which appear on the display. Another all-screen Echo that’s cheaper right now is the smaller Echo Show 5 which will now set you back £59.99 – that’s a saving of £20.

FIND ALL THE ECHO DEALS HERE

Finally, you’ll find the Echo Spot is back in stock having been removed from Amazon’s store. This cute speaker includes a circular design with a 2.5-inch screen and camera for making video calls.

It’s unclear why the Spot has returned to Amazon’s store but apparently, the company found some additional inventory, so decided to bring it back.

Quite how many the US retail firm stumbled across during its spring clean is unclear, so if you’ve wanted to get your hands on the Echo Spot for a while, you should probably add it to your basket sooner rather than later.