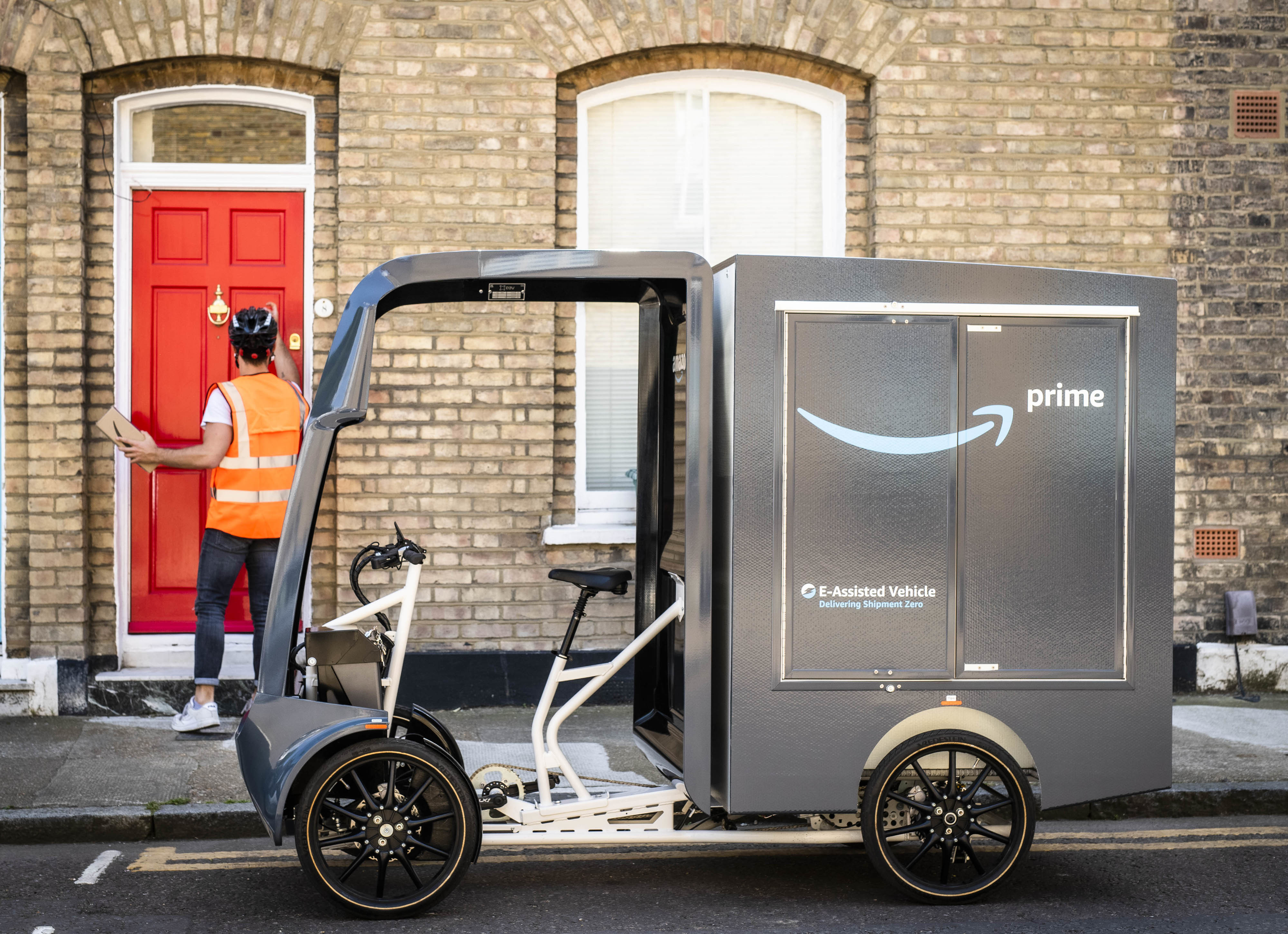 The delivery giant said its new ‘micromobility’ hub in London will lead to a million more customer deliveries each year, while others are expected to open across the UK in the coming months.

Amazon has taken steps to electrify its fleet with 1,000 electric vans now on UK roads, as it strives to deliver half its shipments with net-zero carbon by 2030 and all by 2040.

In March, it also announced the launch of five 37-tonne electric heavy goods vehicles operating from centres in Tilbury and Milton Keynes and replacing diesel trucks.

The retailer benefited from the pandemic delivery boom which saw sales grow, but it has come under pressure from climate groups to reduce emissions and set a leading example for other businesses.

John Boumphrey, Amazon’s UK country manager, said: ‘Amazon is driving towards a global net-zero carbon future. One way we’re doing that is through the transformation of our transportation networks.

‘Our new e-cargo bikes, walkers and growing electric vehicle delivery fleet will help us make more zero emission customer deliveries than ever before across London and the UK in the coming months.’

The new hubs coincides with plans to double the number of solar energy projects at UK sites by 2024.

Amazon said more than 30,000 new modular solar panels will be installed on its facilities in Manchester, Coalville, Haydock, Bristol and Milton Keynes by the end of the year.