OAKLAND, Calif. — Google’s parent company, Alphabet, has settled a series of shareholder lawsuits over its handling of sexual harassment claims, agreeing to greater oversight by its board of directors in future cases of sexual misconduct and committing to spend $310 million over the next decade on corporate diversity programs.

The settlement, filed on Friday in California Superior Court, also said employees would no longer be forced to settle disputes with Alphabet in private arbitration. Workers had demanded that change after details of sexual harassment cases at the company became public two years ago.

In addition, Alphabet said it would limit confidentiality restrictions when settling harassment and discrimination cases and ban workplace romances between managers and subordinates.

The Silicon Valley company was hit by a wave of shareholder lawsuits after The New York Times reported in 2018 that the board of directors had approved a $90 million exit package for a star executive, Andy Rubin, even after an investigation deemed a sexual harassment claim against him credible.

Five lawsuits in California were eventually consolidated into one case. One of them, brought by James Martin, an Alphabet shareholder, said board members had allowed illegal conduct to proliferate, ignored their fiduciary duties and became enablers of sexual harassment and discrimination.

Other shareholder suits are awaiting action in federal court and in Delaware, where Alphabet is incorporated. The federal cases are on hold pending the outcome of the California suits, while the matter in Delaware is in mediation. 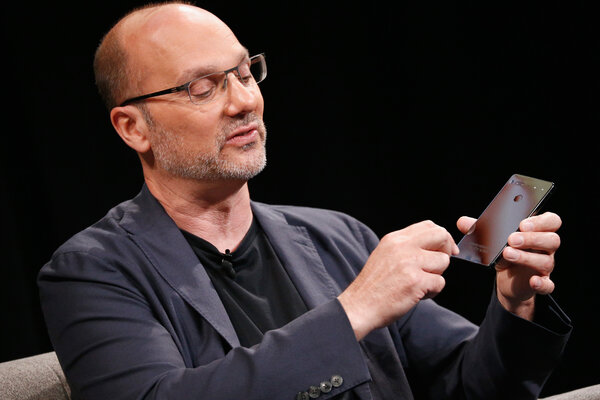 Julie Goldsmith Reiser, a partner at Cohen Milstein Sellers & Toll, one of the firms representing Alphabet shareholders, said the $310 million commitment was meaningful because the tech giant was paying the money directly and it was earmarked to address one of the root problems at the company.

“The settlement fundamentally alters Alphabet’s workplace policies,” Ms. Reiser said. “It feels like we’ve given the company the tools to become a better workplace.”

So-called shareholder derivative lawsuits have sprung up in the wake of “Me Too” revelations of sexual misconduct by executives or prominent employees as a way to try to hold companies accountable.

In similar lawsuits at 21st Century Fox and Wynn Resorts, the damages won by shareholders were paid out by insurers to the companies, instead of to the individuals who sued.

After a sexual harassment scandal at its Fox News division, 21st Century Fox agreed to a settlement that included a $90 million payment from insurers and the formation of an advisory committee to improve its workplace culture.

The settlement with Alphabet also does not direct money to the people who sued, but it does steer funding and policies to prevent the bad behavior from recurring. Ms. Reiser hailed it for setting a new level of corporate governance and accountability, as well as a standard for the rest of the technology industry. The level of board involvement and executive accountability, she said, “goes far beyond what we’ve seen in other settlements.”

As the lawsuits started piling up, Alphabet’s board created a committee of independent directors to investigate the claims, interviewing current and former directors and employees. After the review, the committee determined that it should try to resolve the claims, according to the settlement. Alphabet and its directors denied any wrongdoing in the document laying out the agreement.

The company has undergone a significant changing of the guard in the last few years. Larry Page and Sergey Brin, who founded Google more than two decades ago, stepped down from a day-to-day role at the company in late 2019.

“Recent years have involved a lot of introspection and work to make sure we’re providing a safe and inclusive workplace,” Eileen Naughton, vice president of Google’s people operations, wrote in a blog post on the company’s website. “I’m grateful to everyone, especially our employees and shareholders, for providing us with feedback, and for making sure that the way we tackle these vital issues is better today than it was in the past.”

As part of the settlement, Alphabet agreed to form an advisory council focused on diversity, equality and inclusion made up of four executives — including Sundar Pichai, the chief executive — and three outside experts including Nancy Gertner, a retired federal judge. The group will take on a wide range of issues, including hiring and retention, compensation, and how the company responds to and investigates employee complaints.

In addition, Alphabet’s board will receive more information about how the company is handling claims of sexual harassment, discrimination and retaliation, and directors will receive regular reports on the compensation of any senior executives found to have engaged in serious misconduct.

Shortly after the report about the payouts to Mr. Rubin and other Google executives accused of sexual misconduct, 20,000 workers staged a walkout demanding changes to how the company treats employees. In response, Google agreed to stop forced arbitration in individual cases of sexual harassment or assault. It later expanded the policy to all employee disputes with the company.

Alphabet said it would now extend the policy to its 11 other subsidiaries, like the self-driving car company Waymo. Some of those businesses have thousands of employees.

Google employees will no longer be bound to nondisclosure agreements preventing them from discussing the underlying facts or circumstances of incidents when settling sexual harassment and retaliation claims. Alphabet said it would “encourage” its subsidiaries to do the same but was not requiring the change.

In an attempt to address past problems of executives dating subordinates, Alphabet said, it has changed its workplace romance policy so that managers are no longer allowed to date employees they supervise. The previous policy “strongly discouraged” such relationships.

Alphabet also agreed that employees who are being investigated over claims of sexual misconduct, sexual harassment or retaliation when they depart Google will not receive severance or other compensation. That is already the case for employees fired for misconduct. Under the new policy, even if an employee is not fired, the misconduct will be taken into account in determining his or her severance, the company said.