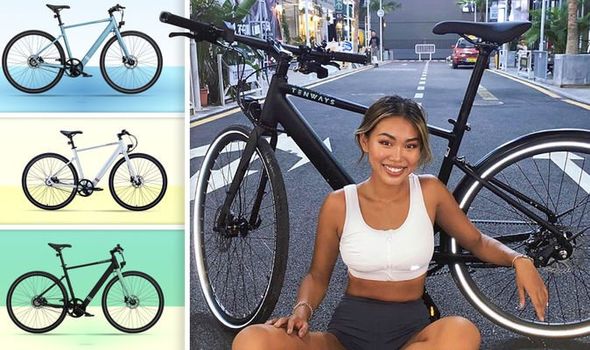 At first glance, the latest electric bike from Tenways seems too good to be true. The bike, which claims to be “the best urban bike ever”, packs a number of features that you’d usually only see on models that cost twice as much, including a carbon belt drive instead of an oily chain, a quick-charge battery, hydraulic disk brakes, a companion app for iPhone and Android, and a smart torque sensor.

The only way to get your hands on the bike right now is via a crowd-funding campaign on IndieGogo. Usually, we wouldn’t rush to recommend a product only available by these campaigns, as there is a long list of horror stories which saw enthusiasts pledge money for a product never arrived. Thankfully, this seems a little different.

Tenways isn’t using the campaign to raise funds to start building the amazing bike that it has promised everyone. The C-Go 600 bike is already finished. In fact, publications like Electrek and The Next Web have already taken delivery of a finished unit and reviewed it. Tenways seems to be leveraging IndieGogo to take pre-orders and generate some interest in the bike.

Those who rush to support the company will benefit from a serious price cut. As stated above, the “Super Early Bird Price”, which is still available at time of writing, costs £945. Once the limited number of slots at that price run out, you’ll need to stump up £1,017 for the “Early Bird Price”.

But the cheapest way to bag this bike is to opt for the “Couple Pack,” which includes two Tenways C-Go 600 models for £1,889, which works out as a 50p saving on each bike compared with the “Super Early Bird Price”. The IndieGogo campaign runs until Friday September 24, 2021. However, there are a little number of bikes available at each price point, so if you’re considering buying one – you’d better act sooner rather than later.

Unlike most IndieGogo campaigns, which promise results months and years into the future, Tenways has promised to start shipping bikes in September to the first customers. So, you could be commuting on your new bike in a few weeks. It will ship to the UK, European Union, Canada and the United States of America.

OK, so that’s the price and the unusual purchase method cover… what about the bike itself?

Well, the early reviews are extraordinarily positive. Writing at The Next Web, Napier Lopez gushes: “Tenways provides a polished ride experience that took me by surprise for a new company making an affordable, lightweight ebike. Slap a big-name logo on it, and it could’ve easily sold for $3,000. At under $1,500, it’s an absolute steal.”

It stylishly disguises the battery pack in the down tube of the frame, which is something you’d usually find on pricier models – with the most affordable bikes sticking the battery in plain sight. Fats charging means you can top-up the battery in under three hours, and Tenways claims you’ll be able to ride as far as 130-kilometres (80km) on a single charge, which is about what we’d expect from a £2,000 or so electric bike.

Tenways has fitted a smart display to the handlebars that includes some statistics on your current ride and battery level. The screen is IP65 rated, which means that it’ll be able to withstand a ride through the pouring rain without issue.

There are also puncture-resistant tires, something we’d also expect as standard on a pricier electric bike… but nothing close to this price range, especially if you can bag the “Super Early Bird Price”. Unlike some models, which place the onus on the rider to set the exact power level they need from the motor, the Tenways C-Go 600 uses a smart sensor in the crankset to work out how much effort you’re putting through the pedal.

If you’re struggling to turn the pedals, you’re probably struggling to set off from a standstill or sweating up a hill – so the motor will kick-in and give you a helping hand. If the pedals are spinning endlessly, you’re unlikely to need any more oomph, so the motor backs off.

Again, this is something we’ve seen on electric bikes that cost thousands more, like the Ampler Curt. If the smart system tucked inside the Tenways C-Go 600 can match the performance of its costlier cousins, this is an amazing buy.

“Combining 20 years of bike expertise with the passionate idealism of young cyclists, we formed Tenways in 2019. Dissatisfied with what the eBike industry is routinely producing, we designed the CGO600 to make daily commutes the carbon-less fun they should be,” the company says.