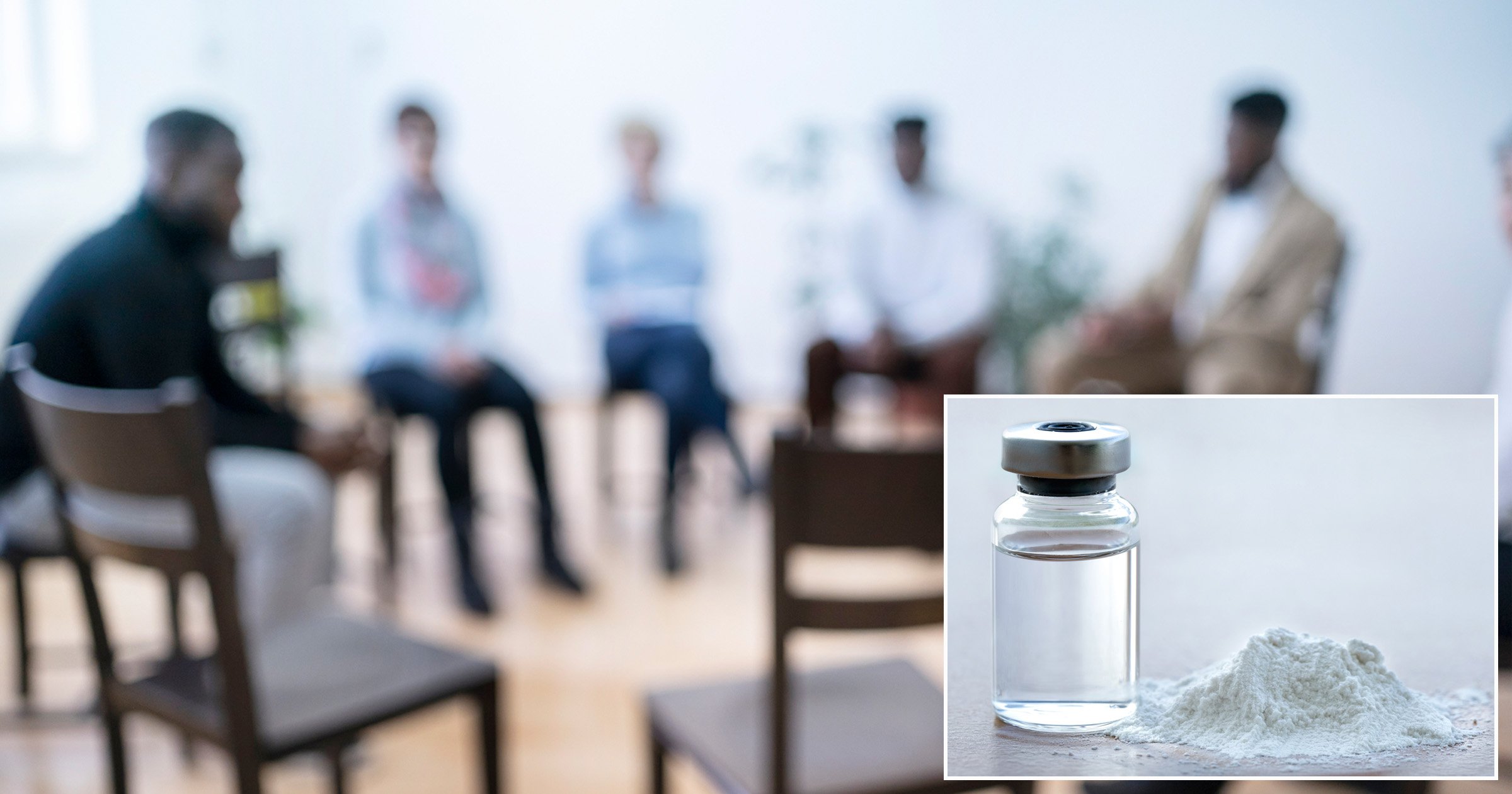 Alcoholics should be given the illegal party drug ketamine to help break their addiction, suggests a new study.

The controversial drug – a Class B illegal narcotic in Britain called ‘Special K’ or ‘Vitamin K’ by clubbers – is often used as a horse tranquiliser.

But researchers found people with severe alcohol dependence were able to stay off booze for longer when they were treated with low doses of ketamine combined with psychological therapy.

The Ketamine for reduction of Alcohol Relapse (KARE) trial was led by the University of Exeter and funded by the Medical Research Council.

The phase II trial is the first of its kind to examine whether a low dose of ketamine could help prevent people from quickly returning to heavy drinking after stopping, when combined with therapy.

Biotech company AWAKN Life Sciences has licensed the therapy from University of Exeter to use in their clinics. The University and Awakn have also signed an agreement with Devon Partnership NHS Trust to explore NHS readiness for ketamine-assisted psychotherapy.

The trial followed preliminary evidence that controlled ketamine therapy can reduce the numbers of alcoholics who relapse.

There are currently few effective treatments for severe alcoholism, which has a devastating impact on lives.

The KARE trial was the first to compare ketamine with and without therapy in any mental health context. It involved 96 people with alcohol problems who were abstinent at the time of the trial.

The team found that people who had ketamine combined with therapy stayed completely sober for 162 of 180 days in the six month follow-up period, representing 87 per cent abstinence – significantly higher than any of the other groups, indicating that the therapy may also have promise for preventing relapse.

The group was more than 2.5 times more likely to stay completely abstinent at the end of the trial than those on placebo, according to the findings published in the journal Frontiers in Psychiatry.

The research team also found some evidence that ketamine and therapy may prevent any drinking over six months, though the results were more mixed.

Patients taking ketamine also had lower depression after three months, and better liver function than those on placebo, regardless of whether it was combined with therapy or not.

‘We found that controlled, low doses of ketamine combined with psychological therapy can help people stay off alcohol for longer than placebo.

‘This is extremely encouraging, as we normally see three out of every four people returning to heavy drinking within six months of quitting alcohol, so this result represents a great improvement.’

Before the trial, participants were drinking every day, consuming the equivalent of 50 pints of strong beer on average per week (125 units).

Participants given ketamine and therapy drank over the recommended guidelines on just five days in total over the six month trial period on average. That represents cutting the risk of death from alcohol-related problems from one in eight, to one in 80.

Prof Morgan said: ‘The number of alcohol-related deaths has doubled since the pandemic begun, meaning new treatments are needed more urgently than ever.

‘Previously, there were some concerns about using ketamine in alcoholics due to liver problems, but this study has shown that ketamine is safe and well-tolerated in clinical conditions.

‘In fact, we found liver function improved in the ketamine group due to them drinking much less alcohol.

‘This was a phase II clinical trial, meaning it’s conducted in people primarily to test how the safety and feasibility of the treatment.

‘We now have an early signal this treatment is effective. We now need a bigger trial to see if we can confirm these effects.

‘We’re certainly not advocating taking ketamine outside of a clinical context.

‘Street drugs come with obvious risks, and it’s the combination of a low dose of ketamine and the right psychological therapy that is key, as is the expertise and support of clinical staff.

‘This combination showed benefits still seen six months later, in a group of people for whom many existing treatments just don’t work.’

‘The trial shows that ketamine therapy may be one way we’re able to reverse alcohol-related harms experienced by so many.’

Lead author Merve Mollaahmetoglu, of the University of Exeter, said: ‘The experiences people describe after taking ketamine infusions suggest the drug gives a new perspective that may be helpful in psychological therapy.

‘Ketamine induces a sense of being outside of your body that some say can stimulate an ‘observer state’ similar to that described in mindfulness, which may help patients take a step back, and consider thoughts and emotions.

‘Participants told us this experience helped change their relationship with alcohol.’

One of the participants said: ‘Not only did I get a life changing and mind-altering experience, but then the therapist did plug some new thoughts to me that made me think differently.

‘I feel that it is really important that when you are split open, you know, in such an intense and life changing way that you are given new thoughts and you know that someone gives you something to refill that, so you do change stuff.’

Anthony Tennyson, chief Executive of AWAKN, said ‘We are so pleased to see such encouraging results in an area of treatment that has been stagnant for so long, leaving so many people with little or sub-par options available to them.’

He added: ‘With Ketamine being a licensed medicine, it means we can deliver this treatment now in our clinics and through partnerships, which is a radical shift in the alcohol addiction treatment industry.’