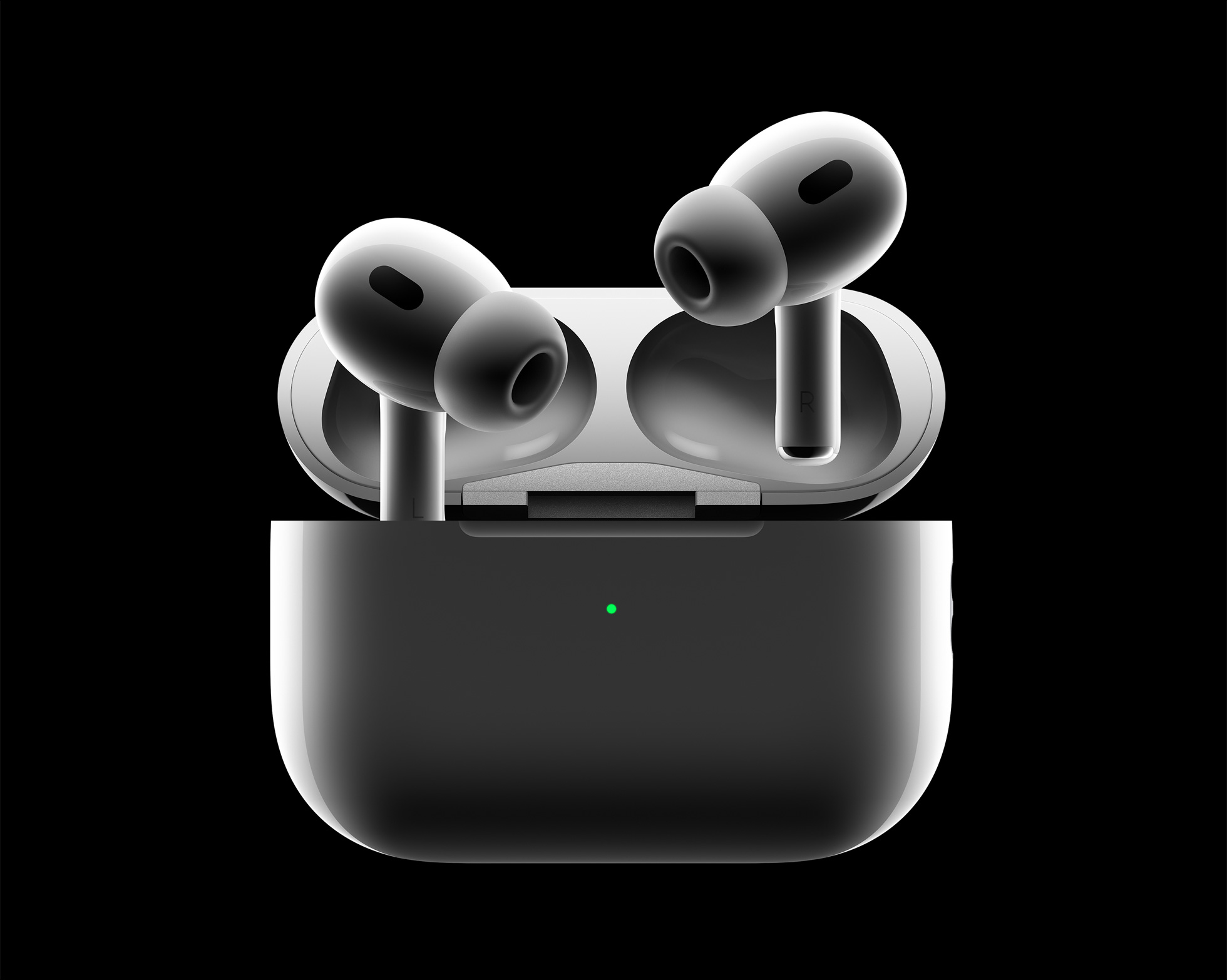 AirPods are probably the most-loved of all Apple’s accessories – and with good reason.

Apple pioneered the quick-pairing wireless headphones and has steadily refined and improved them as the years pass.

The latest update is to the flagship in-ear AirPods Pro includes a few well thought-out extra features and the usual technical improvements. Even though, as some may have wanted, there’s no revolutionary outward redesign (the stem is slightly chunkier) to get excited about.

But at least the price hasn’t changed. Like the previous generation from 2019, the new AirPods Pro cost £249. That’s not pocket change but, if you’re a fervent iPhone user, it’s a price worth paying for the functionality on offer.

The AirPods Pro will instantly pair with any of your existing Apple devices and the solid Bluetooth connection means you don’t lose portions of songs or voice calls. An overlooked aspect of the new AirPods Pro is that they now come with an XS slicone ear tip that you can pop on for an even more secure fit.

While they may look the same, Apple has improved on the original AirPods Pro in almost every way. The first generation required taps to the body but the 2022 models add force sensors to the stem that let you pause or resume music, skip tracks or enable the noise-cancelling modes.

These aren’t meant to be fitness or running earbuds (which always benefit from buttons – touch sensors are hard to use during motion) but Apple has made them IPX4 water and sweat resistant. So if you did want to take them out for a jog in the rain, you’re all good. They’re light, too. Each earbud weighs just 5.4g, so you can pretty much put them in and forget they’re there.

However, the biggest change is, of course, the noise cancelling technology. Powered by the new H2 chip, Apple says these earbuds have twice the active noise cancellation (ANC) tech as the last pair. It works like this: each earbud has a pair of microphones – one on the outside and one on the inside. Between the two of them, they analyse and adjust (200 times per second) to the incoming sound and play the right frequencies to cancel it out. Giving you a pretty immersive experience which, I have to say, works very well indeed.

If you want to hear what’s going on around you, you can toggle ‘Transparency Mode’ either on your phone or by squeezing the stem to allow the outside world to pass through the filter of the AirPods and into your lugholes.

Sound quality is spot on thanks to a new low-distortion audio driver and some advancements to the Adaptive EQ feature. The biggest enhancements come to genres like pop, electronic, dance and hip hop as I found the vocals came through richer and with more clarity than before.

You’re not going to get the same kind of atmospheric immersion from in-ear buds as you do from a pair of over-ears, but the AirPods Pro come close.

They also have a nifty trick up their sleeve in the form of Personalised Spatial Audio which, basically, creates a surround sound effect for video content. As you move your head around, the direction of the sound stays fixed on your iPhone or iPad. It comes into its own if you’re taking part in a video call on FaceTime as it makes everyone sound like they’re actually in the same room.

Finally, a few small but important changes to the charging cases have been introduced for this upgrade. Most importantly, it now includes a built-in speaker and lanyard loop for either helping you locate it (by emitting a sound) or stopping you lose it in the first place by strapping it to something.

The case includes Apple’s U1 chip so you can use the Find My app to guide you to its exact location.

There’s also been a boost to the battery. Apple quotes six hours of listening time with the ANC switched on. A further 30 hours comes from the case, which can be charged wirelessly either through a standard Qi charger or a MagSafe charger. You can also use an Apple Watch charger for the first time or plug in a Lightning cable.

The result of all these little improvements and tinkerings are an excellent pair of headphones for the average person to consider if, and this is important, they are invested (or happy to become invested) in Apple’s ecosystem. Most of the benefits on offer with the latest AirPods Pro come through Apple’s tight integration of technology.

If you’re not an iPhone or iPad user, then you can find other good and reasonably priced in-ear headphones with good noise cancellation elsewhere.

That being said, Apple appears to have systematically examined each area of performance for the AirPods and improved them considerably. For iPhone and iPad users, there really is no better option.

Where can I buy them? Apple has them for sale right here.